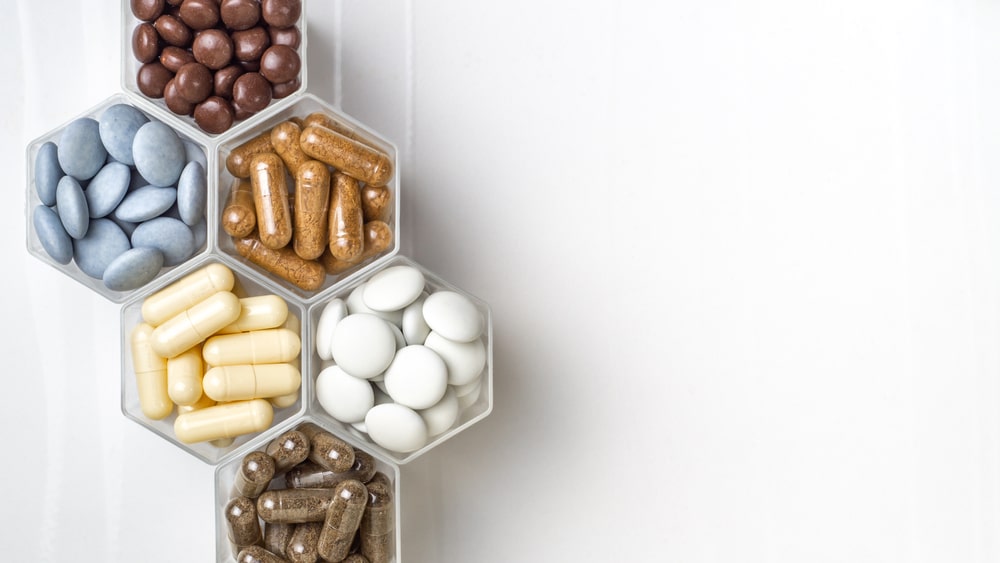 Drug Adulteration: Medicinal plants constitute an effective source of traditional (e.g. ayurvedic, Chinese, homeopathy, and Unani) and modern medicine. Herbal medicine has been shown to have genuine utility. Germany and France, together represent 39% of the $14 billion global retail markets. In India, about 80% of the rural population depends on medicinal herbs and/or indigenous systems of medicine. Today, approximately 70% of ‘synthetic’ medicines are derived from plants. Popularity among the common people increased the usage of medicinal plants/herbal drugs. Herbal adulteration is one of the common malpractices in the herbal raw-material trade. Adulteration is described as intentional substitution with another plant species or intentional addition of a foreign substance to increase the weight or potency of the product or to decrease its cost. In general, adulteration is considered an intentional practice. However, unintentional adulterations also exist in the herbal raw-material trade due to various reasons, and many of them are unknown even to the scientific community. The present chapter deals with different intentional and unintentional adulterations, reasons behind them, and methods for easy identification of the spurious plant and authentication of the authentic plant.

A treatise published two centuries ago (in 1820) on adulterations in food and culinary materials are proof for this practice as an age-old one. Due to adulteration, faith in herbal drugs has declined. Adulteration in market samples is one of the greatest drawbacks in the promotion of herbal products. Many researchers have contributed to checking adulterations and authenticating them. It is invariably found that the adverse event reports are not due to the intended herb, but rather due to the presence of an unintended herb. Medicinal plant dealers have discovered the ‘scientific’ methods in creating adulteration of such high quality that without microscopic and chemical analysis, it is very difficult to trace these adulterations.

Definition: The term adulteration is defined as substituting original crude drug partially or wholly with other similar-looking substances. The mixed substance is free from or inferior in chemical and therapeutic properties.

Adulteration in simple terms is a debasement of an article. The motives for intentional adulteration are normally commercial and are originated mainly with the intention of enhancement of profits. Some of the reasons that can be cited here are the scarcity of drugs and their high price prevailing in the market. The adulteration is done deliberately, but it may occur accidentally in some cases. Adulteration involves different conditions such as deterioration, admixture, sophistication, substitution, inferiority, and spoilage. Deterioration is impairment in the quality of the drug, whereas admixture is the addition of one article to another due to ignorance or carelessness or by accident. Sophistication is the intentional type of adulteration. Substitution occurs when a different substance is added in place of the original drug. Inferiority refers to any substandard drug, and spoilage is due to the attack of microorganisms.

Unintentional adulteration may be due to the following reasons:

In ayurveda, ‘Parpatta’ refers to Fumaria parviflora. In Siddha, ‘Parpadagam’ refers to Mollugo pentaphylla. Owing to the similarity in the names in traditional systems of medicine, these two herbs are often interchanged or adulterated, or substituted. Because of the popularity of Siddha medicine in some parts of south India, traders in these regions supply M. pentaphylla as Parpatta/Parpadagam, and the north Indian suppliers supply F. parviflora. These two can be easily identified by the presence of pale yellow to mild brown-colored, thin wiry stems and small simple leaves of M. pentaphylla and black to dark brown-colored, digitate leaves with narrow segments of F. parviflora. Casuarina equisetifolia for Tamarix indica and Aerva lanata for Bergenia Ciliata are some other examples of adulterations due to confusion in names.

Lack of knowledge about the authentic source

‘Nagakesar’ is one of the important drugs in Ayurveda. The authentic source is Mesua ferrea. However, market samples are adulterated with flowers of Calophyllum inophyllum. Though the authentic plant is available in plenty throughout the Western Ghats and parts of the Himalayas, suppliers are unaware of it. There may also be some restrictions in forest collection. Due to these reasons, C. inophyllum (which is in the plains) is sold as Nagakesar. Authentic flowers can be easily identified by the presence of a two-celled ovary, whereas in the case of spurious flowers they are single-celled.

Mucuna pruriens is the best example of an unknown authentic plant and similarity in morphology. It is adulterated with other similar Papilionaceae seeds. M. utilis (sold as white variety) and M. deeringiana (sold as bigger variety) are popular adulterants. Apart from this, M. cochinchinensis, Canavalia virosa, and C. ensiformis are also sold in Indian markets. Authentic seeds are up to 1 cm in length with a shining mosaic pattern of black and brown color on their surface. M. deeringiana and M. utilis are bigger (1.5–2 cm) in size. M. deeringiana is dull black, whereas M. utilis is white or buff-colored.

Hypericum perforatum is cultivated and sold in European markets. In India, the availability of this species is very limited. However, the abundant Indo-Nepal species H. patulum is sold in the name of H. perforatum. The market sample is a whole plant with flowers, and it is easy to identify them taxonomically. Anatomically, the stem transverse section of H. perforatum has compressed thin phloem, hollow pith, and absence of calcium oxalate crystals. On the other hand, H. patulum has broader phloem, partially hollow pith, and the presence of calcium oxalate crystals.

It is well known that in course of time, drug materials get changed to or substituted with other plant species. ‘Ratanjot’ is a recent-day example. On discussion with suppliers and nontimer forest product (NTFP) contractors, it came to be known that in the past, roots of Ventilago madraspatana were collected from the Western Ghats, as the only source of ‘Ratanjot’. However, that is not the practice now. It is known that Arnebia euchroma var euchroma is the present source. The similarity in yielding a red dye, A. euchroma substitutes V. madraspatana. The description to identify these two is unnecessary because of the absence of V. madraspatana in the market. Whatever is available in the market, in the name of Ratanjot, was originated from A. euchroma.

Some of the herbal adulterations are due to the carelessness of herbal collectors and suppliers. Parmelia perlata is used in ayurveda, unani and siddha. It is also used as a grocery. Market samples showed it to be admixed with other species (P. perforata and P. cirrhata). Sometimes, Usnea sp. is also mixed with them. Authentic plants can be identified by their thallus nature.

‘Vidari’ is another example of an unknown authentic plant. It is an important ayurvedic plant used extensively. Its authentic source is Pueraria tuberosa, and its substitute is Ipomoea digitata. However, market samples are not derived from these two. It is interesting to know that an endangered gymnosperm Cycas circinalis is sold in plenty as Vidari. The adulterated materials originated from Kerala, India. Although both the authentic plant and its substitute are available in plenty throughout India, how C. circinalis became a major source for this drug is unknown. P. tuberosa can be easily identified by the presence of papery flake-like tubers, I. digitata by the presence of its concentric rings of vascular bundles, and their adulterant C. circinalis by its leaf scars and absence of vessel elements.

Intentional adulteration may be due to the following reasons:

In this type of adulteration, the original substances are adulterated by the materials that are artificially manufactured. The materials are prepared in a way that their general form and appearance resemble various drugs. A few examples are cargo of ergot from Portugal was adulterated with small masses of flour dough molded to the correct size and shape and colored, first using red ink, and then into writing ink. Bass-wood is cut exactly the required shape of nutmegs and used to adulterate nutmegs. Compressed chicory is used in place of coffee berries. Paraffin wax is colored yellow and is been substituted for beeswax, and artificial invert sugar is used in place of honey.

In this type, the original drugs are substituted using inferior quality drugs that may be similar in morphological characters, chemical constituents, or therapeutic activity. For example, hog gum or hog tragacanth for tragacanth gum, mangosteen fruits for bael fruits, Arabian senna, obovate senna, and Provence senna are used to adulterate senna, ginger being adulterated with Cochin, African and Japanese ginger. Capsicum annuum fruits and Japanese chilies are used for fruits of C. minimum.

In this type of substitution, the active medicaments of the main drugs are extracted out and are used again. This could be done for the commodities that would retain their shape and appearance even after extraction, or the appearance and taste could be made to the required state by adding coloring or flavoring agents. This technique is frequently adopted for drugs containing volatile oils, such as: clove, fennel, etc. After extraction, saffron and red rose petals are recolored by artificial dyes. Another example is balsam of tolu which does not contain cinnamic acid. The bitterness of exhausted gentian is restored by adding aloes.

The substituents used may be morphologically similar but will not be having any relation to the genuine article in their constituents or therapeutic activity. Ailanthus leaves are substituted for belladonna, senna, etc. saffron admixed with saff flower; peach kernels and apricot kernels for almonds; clove stalks and mother cloves with cloves; peach kernel oil used for olive oil; chestnut leaves for hamamelis leaves and Japan wax for beeswax are few examples for this type of adulteration.

Adulteration using the vegetative part of the same plant

The presence of vegetative parts of the same plant with the drug in excessive amounts is also an adulteration. For example, epiphytes, such as mosses, liverworts, and lichens that grow over the barks also may occur in unusual amounts with the drugs, e.g. cascara or cinchona. An excessive amount of stems in drugs like lobelia, stramonium, hamamelis leaves, etc. are a few examples of this type of adulteration.

In this type of adulteration, the materials used for adulteration would be toxic. A big mass of stone was found in the center of a bale of liquorice root. Limestone pieces with asafetida, lead shot in opium, amber-colored glass pieces in colophony, barium sulfate to silver grain cochineal, and manganese dioxide to black grain cochineal, are a few examples of this adulteration.

Synthetic pharmaceutical principles are used for market and therapeutic value. Citral is added to lemon oil, whereas benzyl benzoate is added to the balsam of Peru. Apart from these, the herbal products labeled to improve sexual performance in men, when analyzed, contained sildenafil. Brand names included Actra-Rx, Yilishen, Hua Fo, Vinarol, and Vasx, Sleeping Buddha containing estazolam, Diabetes Angel containing glyburide, and phenformin are a few examples under this category.