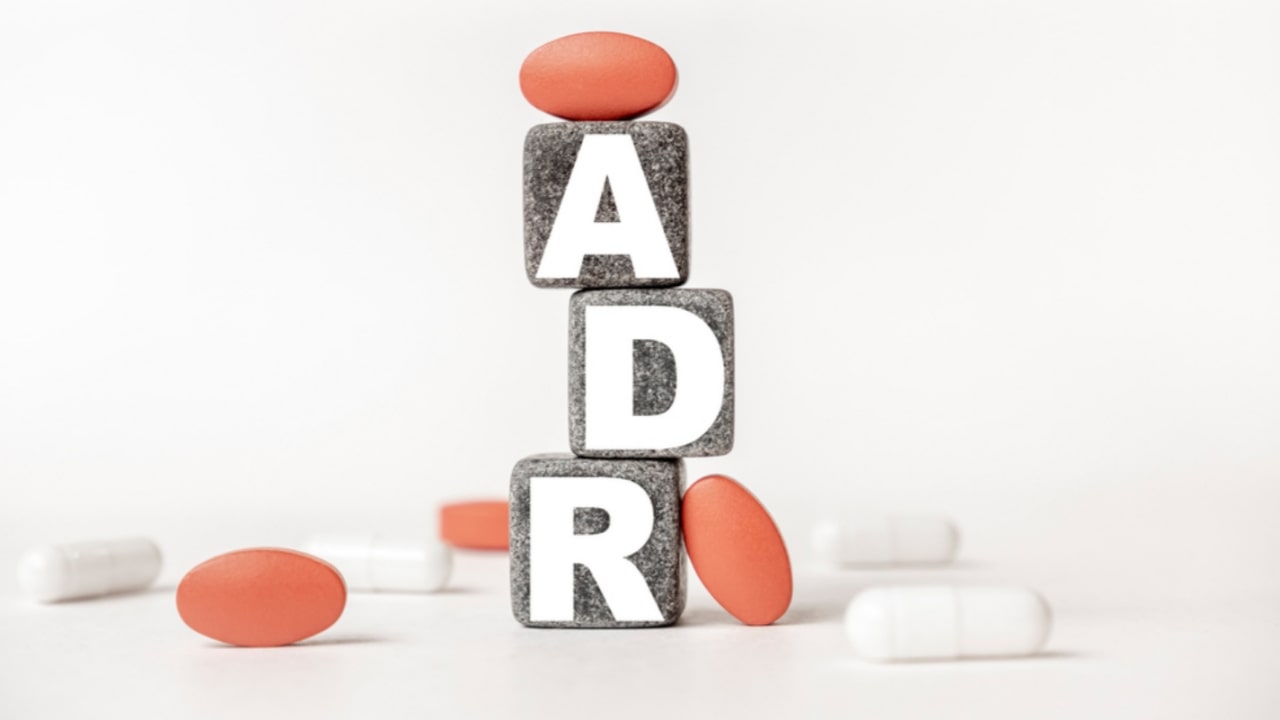 Adverse Drug Reactions (ADRs) can be defined as follows:

Toxicity indicates a direct effect of the drug at a high dose result in damaging cells.  Following are some examples of toxicity reactions. Overdose of Paracetamol produced liver damage, Gentamicin produced eight cranial nerve damage, an overdose of Ethambutol and  Chloroquine produced oculotoxicity. Other examples of toxicity reactions are Mutagenicity,  Carcinogenicity, and Teratogenicity.

Following are the reasons leading to an increase in the chances of adverse drug reactions:

The number of Adverse Drug Reactions occurring are minor but around 70% of the reported ADRs include;  rash, itching, headache, drowsiness, convulsion, insomnia, double vision, extra-sensitivity to light, ringing in ears, and GI disturbances, etc.

Predictable or Type 1 or Non-immunologic Reactions

Following are the types of predictable reactions:

It develops in all patients if the excessive dosage is given result in excessive pharmacological effects. It is seen in cardioactive agents, CNS depressants,  hypoglycemic agents, and hypotensive agents.

It is common in neonates, infants, and elderly patients also in patients with kidney diseases, who have lost more than 70% of their kidney function with normal doses. It is also common for an inpatient with lower albumin levels due to liver or kidney damage. Example: At an excessive dosage of Digoxin produces bradycardia; Morphine and bradycardia produce respiratory depression in bronchitis patients.

Side effects are some extension of pharmacological effects produced at therapeutic doses. It is dose-related and minor.

Side effects result as an extension of the same therapeutic effects. For example: atropine produces dry mouth which is used as an anti-secretory in preanesthetic medication. A side effect is a markedly different effect. For example: promethazine, as antiallergic produces sedation and estrogen, is anti-ovulatory, and produces nausea.

A side effect of most of the drugs is exploited for therapeutic use. The examples of such  side effects of a drug that is used as an indication are as follows:

The effects produce at overdose or prolonged use of the drug. Following are some  examples of toxic effects:

Some of the drugs have other many pharmacological actions at commonly administered dosage. The effect produced by the drug is different than the drug administered initially for prevention or treatment means it is an indirect consequence of primary drug action.

Following are some examples of secondary pharmacological effects:

The use of long-term of many medications produces tolerance at the cellular level. Sudden withdrawal of such medication may give rise to severe adverse effects. These reactions occur in absence of a drug causing it. These types of reactions are common with drugs that act on CNS. For example: narcotics, analgesics, hypnotics, ethanol, etc. It can also result in some antihypertensive drugs and corticosteroids. The withdrawal effects can be minimized by the gradual withdrawal of drugs.

Following are the examples of drug withdrawal response:

Unpredictable or Type B or Immunologic Reactions

The reaction generally results due to the presence of some patient peculiarities. For example:  Allergy, Idiosyncrasy. The reaction is based on the patient and not on drug action. It is less common and dose-independent. If the reactions are more serious then immediate withdrawal of that drug is required.  Following are the types of unpredictable reactions:

(a) Idiosyncrasy or Pharmacogenetics:

Idiosyncrasy refers to an inherent peculiarity of an individual and it is described as an unusual response/abnormal response to a drug or highly exaggerated usual response produced by some drugs with usual doses in a few individuals.

It is a genetically determined atypical/ bizarre effect.

Following are the examples of idiosyncrasy reactions:

The reactions occur in patients with special genotype or genetic make-up. In some literature, this reaction is included in idiosyncrasy reaction.

It includes all the reactions mediated by antigen-antibody reactions involving sensitized lymphocytes. Drugs act as a  foreign antigen that reacts with antibodies in the human body to cause undesirable effects like;  skin rashes, bronchospasm, angioedema, anaphylactic shock, vasculitis, etc. These reactions require previous exposure to the drug itself or a closely related chemical drug. An allergic reaction is not dose-related and it does not correlate with the action of a drug.

Protein and peptides can act as complete antigens but most drugs are small molecules and do not stimulate antibody production. But they may combine with other carrier macromolecule and function as haptens or partial antigens which stimulate the biosynthesis of antibodies. These are then attached to body tissue and when this drug sensitized person is re-exposed to the drug, a reaction occurs between the hapten and preformed antibodies result in tissue damage leading to signs and symptoms of drug allergy.

It is the most serious type of drug allergic reaction. This involves the formation of specific types of antibodies that belong to the IgE class. These antibodies are present on the surface of tissue cells.  Upon re-exposure of antigen, it combines with antibodies on the target tissue and results in the liberation of inflammatory mediators like; histamine, 5-hydroxy tryptamine (5-HT), and prostaglandin which are responsible for reaction and symptoms. Anaphylaxis may be localized or generalized, in the gut, it produced diarrhea and abdominal pain, it produces asthma when it occurs in bronchi, and produce edema when the reactions occur on the surface of the skin. Generalized anaphylaxis is characterized by bronchospasm, circulatory collapse with hypotension, and sometimes skin rashes. The most serious type of anaphylaxis is known as  Anaphylactic shock in which there is obstruction of respiratory passage and lowering of blood pressure. If there is a complete obstruction for a few minutes then it results in death.

Following are examples of drugs that produce allergic reactions:

It demonstrated the increase in the responsiveness to a drug that produced either from denervation or following administration of a drug (a receptor antagonist) for a prolonged period. For example, the blocking of dopamine receptors by chlorpromazine may cause supersensitivity by up-regulating dopamine receptors.

It consists of phototoxic and photoallergic reactions.

It is the opposite of tolerance and there is the appearance of adverse drug reactions at the therapeutic dose level. Following are some examples of intolerance: