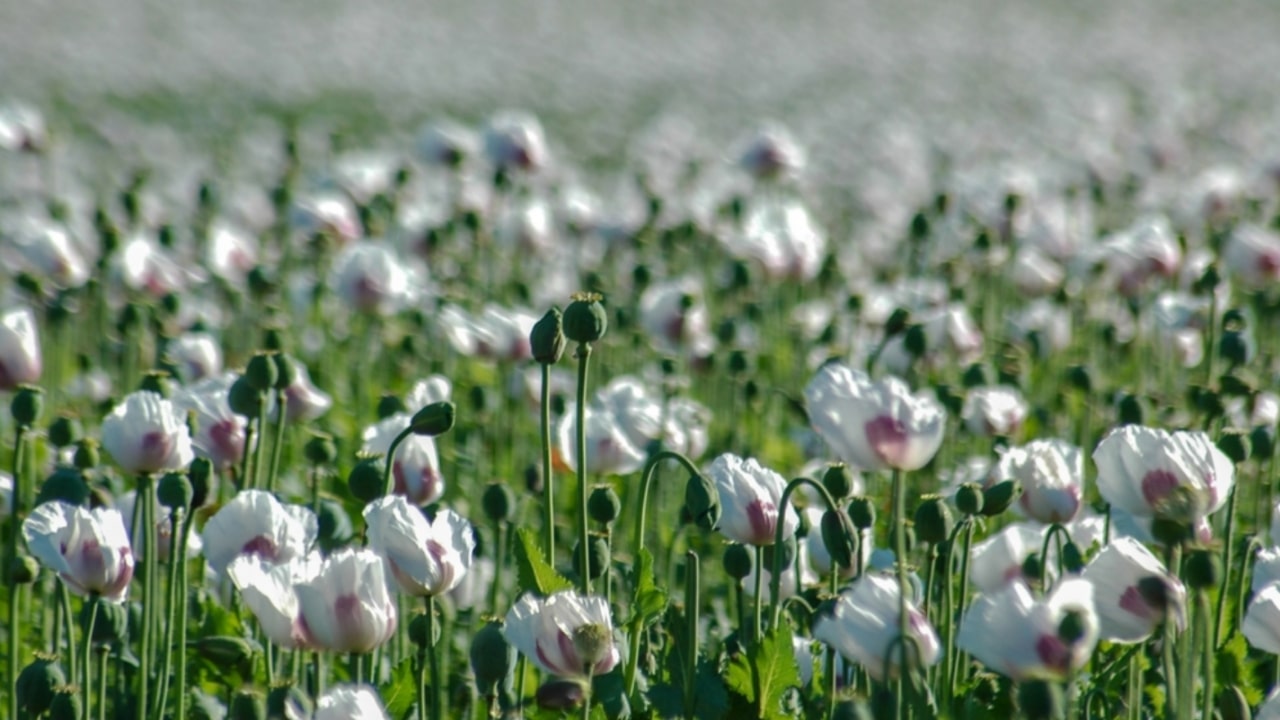 The term alkaloid was introduced by W. Meissner at the beginning of the 19th century to designate natural substances reacting like base, in other words like alkalis (from the Arabic alkaly = soda and the Greek word eiods = appearance).

The definition of alkaloids is not simple and precise and sometimes it is difficult to distinguish the thin line between alkaloids and other natural nitrogen-containing metabolites.

An alkaloid is an organic compound of natural origin that contains a nitrogen atom that is more or less basic, is of limited distribution, and has at low doses marked pharmacological properties.

This grouping has a sound basis which is confirmed by the fact that these compounds have in common some reactions of precipitation with the general reagent for alkaloid. Their nitrogen atom is a part of the heterocyclic system and causes significant pharmacological activity.

According to some authors, they occur only in the vegetable kingdom. They are found as salt and it can also say that they are formed biosynthetically from an amino acid.

Pseudo alkaloid most often has all of the characteristics of the true alkaloid but they are not derived from amino acids. Some of the most known examples are Isoprenoid, Aconite, Aconine, Hypoaconitine, etc.

Steroidal alkaloids like Conessine, Solanidine are a few examples. They are also known as heterocyclic nitrogen-containing substances arising from the metabolism of Acetate. An example is a coniine, the toxic principle of Hemlock.

Proto alkaloids are simple amines in which the nitrogen atom is not part of a heterocyclic ring. They are basic and derived from amino acids. A few examples of these are Colchicine, Ephedrine, and Pseudoephedrine.

Alkaloids occur exceptionally in bacteria (Pseudomonas aeruginosa) and rather rarely in fungi (Psilocin from the hallucinogenic mushroom).

Alkaloid concentrations have a wide range of variation from a few ppm (for example Catharanthus roseus contain 3 gm alkaloid in one metric ton leaves) to more than 15% in the bark of the trunk of Cinchona ledgeriana.

Sometimes they do contain only one constituent (for example Hyoscyamine from the leaves of belladonna) but must often yield a complex mixture that may be dominated by one major constituent.

As a general rule, all of the alkaloids of a given plant have a common biogenetic origin even if their structure may at first be seen quite differently.

The conc. of alkaloid can vary from part to part and some parts may contain none. For example, Quinine accumulates in the trunk bark of cinchona but is completely absent from leaves.

For a long time alkaloid used to be considered products of the metabolism of the plant only. Alkaloid also occur in animals (Arthropods who secrete them in very small quantities in their exocrine glands).

Sometimes they are volatile enough to act as chemical signals defense compounds known as allomones or communication compounds called pheromones.

In the plant, alkaloid occurs as a soluble salt (citrate, Malate, tartarate, malonates, benzoates, isobutyrates) or in combination with tannins.

They are often localized in the peripheral tissue external layer of the bark and root or seed tegument. Alkaloids synthesis takes place at specific sites (growing root, chloroplast, laticiferous cell).

Alkaloids are poisonous but when used in small quantities they exert useful physiological effects on animals and human beings.

Their exact role in the plant is still a topic of research. Some of the predicted roles are:

Detection And Characterization of Alkaloids:

The different reagents used for the detection of alkaloids are:

Care must be taken in the application of these alkaloidal tests, as the reagent also gives a precipitate with proteins. During the extraction of alkaloids from the plant and subsequent evaporation, some proteins will not be extracted and others will be made insoluble (denatured) by the evaporation process and may be filtered out. If the original extract has been concentrated to low bulk and the alkaloids extracted from an alkaline solution using an organic solvent and then transferred into dilute acid (e.g. Tartaric acid) the latter solution should be protein-free and ready to test for alkaloids.

The extraction of alkaloids is based as a general rule on the fact that they normally occur in the plant as salts and on their basicity, in other words on the differential solubility of the bases and salt in water and organic solvent.

[A] Solvent extraction in alkaline medium

[B] Extraction in Acidic Medium:

By extraction, we cannot yield pure compounds but total alkaloids which are a complex mixture of bases that must be separated. The method for isolation is following:

(a) Direct crystallization from solvent: This method is very simple and cannot be used for the isolation of complex mixtures. One of the alkaloids should be in major constituent and can be obtained by direct crystallization. For example- quinine is crystallized as basic sulfate by simply neutralizing the acidic extraction medium with sodium carbonate to pH 6.

(b) Steam distillation: This method is specially employed for volatile liquid alkaloids like coniine, spartine, and nicotine but otherwise this process is not suitable for alkaloids of high molecular weights.

(d) Gradient pH technique: Generally it is known that alkaloids are basic and the extent of basicity variation exists among various alkaloids of the same plant. For this case, the crude alkaloidal mixture is dissolved in 2% tartaric acid solution and then extracted with benzene. The first fraction contains neutral or very weakly basic alkaloid. the pH of the aqueous solution is increased gradually by 0.5 increments up to pH 9 and extraction can be done with organic solvents. In this way, the alkaloid of different basicity is extracted at the end.

The classification is mainly based on pharmacological activity, taxonomical distribution, biogenetic origination, and the presence of chemical entities.

Depending on the physiological response the alkaloids are classified under various pharmacological categories like CNS stimulants or depressants, sympathomimetics, analgesics, purgatives, etc. The main drawback of this system is that it does not take into consideration about chemical nature of the crude drug. Within the same drug, the individual alkaloids may exhibit different actions. Example- 1) Morphine is narcotic and analgesia while codeine is mainly antitussive. 2) Cinchona quinine is antimalarial whereas quinidine is a cardiac depressant.

This method gives significance to the precursor from which the alkaloids are biosynthesized in the plant. Hence the variety of alkaloid with different taxonomic distribution and physiological activities can be brought under some groups if they are derived from the same precursor i.e. all indole alkaloids from tryptophan are grouped. Alkaloidal drugs are categorized on the fact whether they are derived from amino acids precursors as ornithine, lysine, phenylalanine, tryptophan, etc.

This is the most accepted way of classification of alkaloids which depends on the ring structure present in the alkaloid. The alkaloidal drugs are broadly categorized into two divisions: