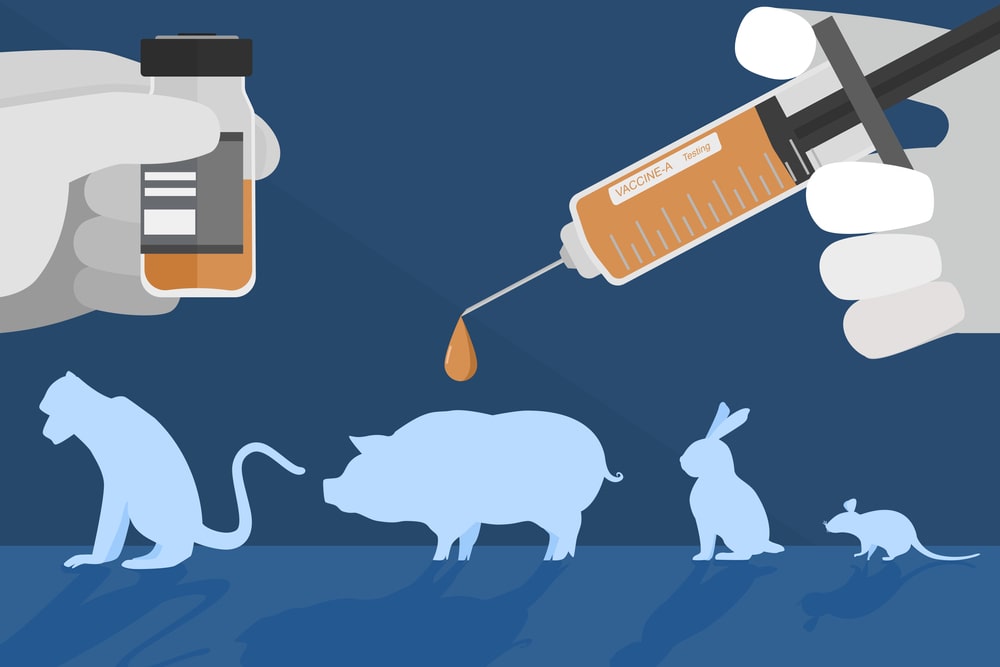 Animal Toxicity Testing: The toxicological tests for a new drug, that is to be performed on animals, is sketched out in the following figure:

Acute toxicity can be studied by delivering a single dose (or an overdose) for short period through either oral or intravenous route. Acute toxicity testing is generally done by the determination of the median lethal dose (LD50) of the drug. It is defined as the dose expected to cause a 50% response in a population, tested for the lethal response. A quantal dose-response relationship curve is used to find out the LD50 value of a drug.

The determination of LD50 demands the use of a relatively large number of animals. Generally, rats and mice are the animals of choice but rabbits or guinea pigs may also be used. To the animal choosen, the drug is administered orally or intraperitoneally at several doses in the lethal range. The resultant mortalities are observed for a set period, usually 1 – 2 weeks.  A dose-response curve is constructed by plotting the logarithm of dose (on the x-axis) versus the % of the population killed by the drug in probit units. A probit of 5 corresponds to a 50% response.

The LD50 value of a drug helps us to fix up the upper limit for the daily dose to be given to the patient. As far as toxicological studies are concerned, it conveys less information than the ratio of lethal to effective dose (LD50: ED50). This ratio is also known as the therapeutic index. Similarly, LD1 and LD99 can easily be calculated from the equations worked out to determine the LD50 value. LD1 value gives an idea about the maximal nonlethal dose in animal studies.

These studies are usually carried out on two species, namely rats and dogs. The duration of studying the drug effects is extended to about three months during which the toxicity is studied at three different dose levels. The administration of sublethal dose search for side effects like vomiting, tremors, catatonia, or changes in autonomic function.

The treatment of certain diseases necessitates a prolonged administration of drugs.  Chronic toxicity studies expose the toxicities if any associated with such treatment.  These studies are carried out by administering relatively small quantities of the drug over a long period. Thus, chronic effects may arise from the slow accumulation of the toxic substance or its metabolites in the body or the summation of acute effects. Each dose of the drug produces slowly a reversible or irreversible type of tissue damage. Hence, it is the injury that accumulates rather than the toxic substance.

The procedure involves the administration of the drug to the animals for at least twice as long as human patients will need it. In most cases, the duration of treatment is fixed to two years. The dose administered, is higher than the pharmacologically desired dose. The drug is given preferably two species, one of which should be non-rodent.

Chronic toxicity studies are used to evaluate the potential of a new drug for its teratogenic, mutagenic, and carcinogenic properties. These studies are also accompanied by regular hematological examinations, biochemical tests for liver and kidney function, and state of electrolyte balance.

Though chronic toxicity tests expose the possibility for a drug to cause neurotoxicity, teratogenicity, carcinogenicity, or mutagenicity, special tests for these toxic syndromes are needed to be carried out.