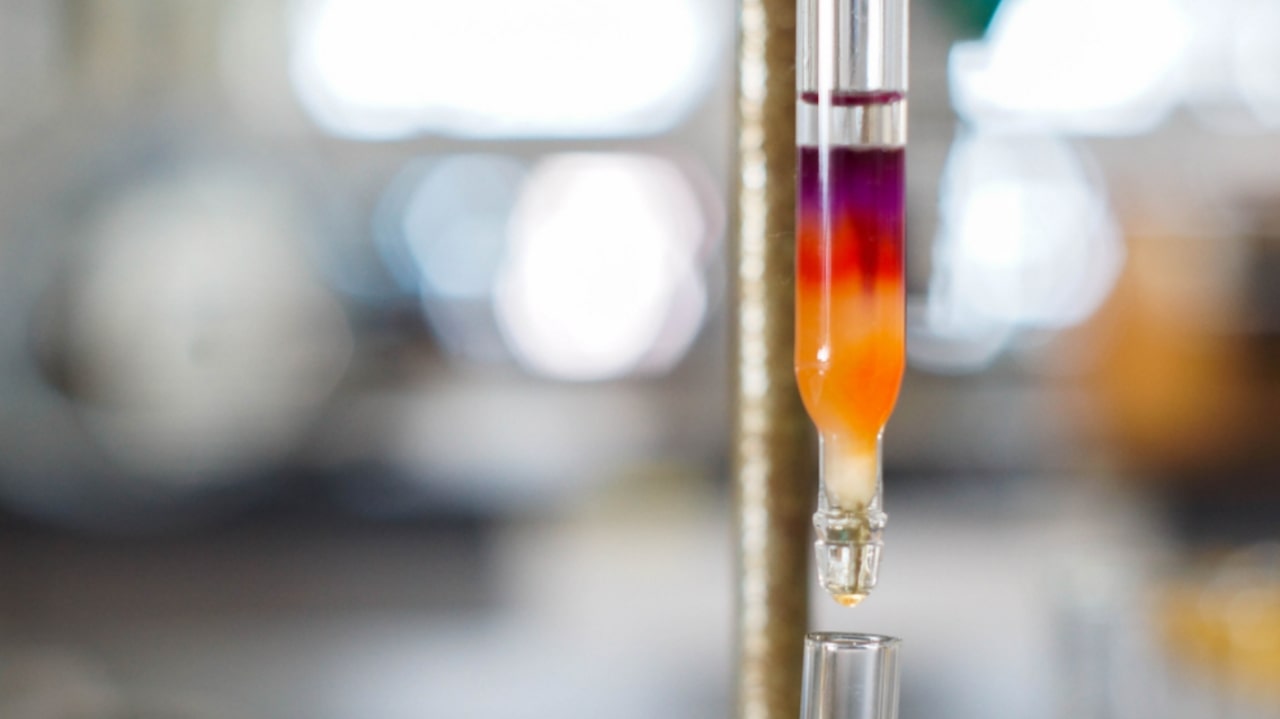 Applications of Column Chromatography: Column chromatography is a separation technique in which the substances to be separated are introduced onto the top of a column packed with the solid adsorbent. The mobile phase is then loaded at the top of the column and is allowed to flow down slowly and continuously through the column. The components with lower adsorption and affinity to the stationary phase travel faster when compared to the greater adsorption and affinity with the stationary phase. The components that move fast are removed first whereas, the components that move slowly are eluted out last.