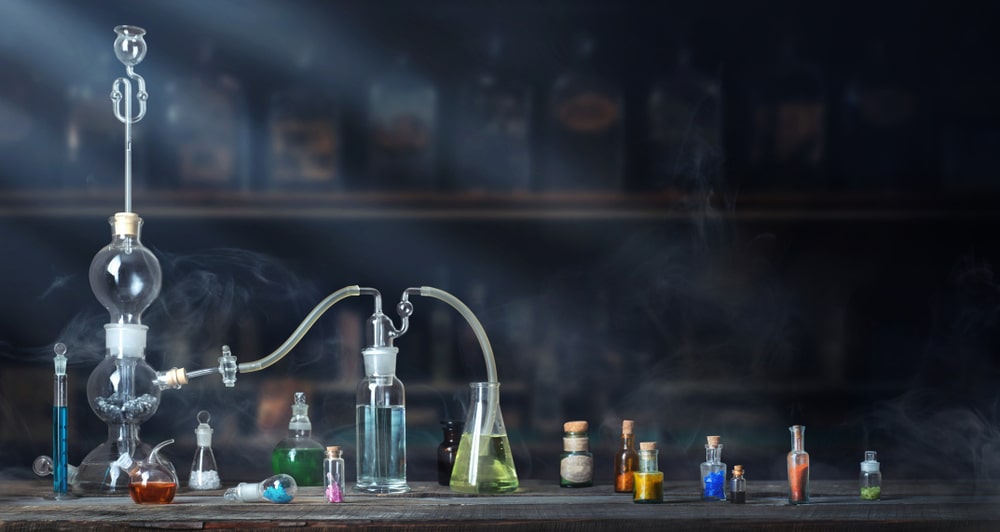 Birch Reduction: When aromatic rings are partially reduced by sodium or K or Li in liquid ammonia, usually in the presence of alcohol like ethyl alcohol, isopropyl, or tertiary butyl alcohol, 1 – 4 addition of hydrogen takes place and non-conjugated cyclohexadiene is produced. This reaction is called Birch Reduction.

It involves the direct transfer of electrons from the metal.

The Na transfers an electron to the ring becoming oxidized to Na+ and creating a radical ion. The radical ion accepts a proton from the alcohol to give a radical, which is reduced to a carbanion by another Na atom which finally accepts another proton.

Alcohol supplies protons as in presence of most substrates ammonia are not acidic enough for the supply of protons.

In the absence of alcohol, products arising from dimerization of (I) are frequently obtained.

In some substrates like biphenyl, the radical ion (I) is converted to the carbanion (II) by a different pathway, where the order of steps is reversed. In this case, first, a second electron is gained to give a dianion which then acquires a proton producing the intermediate corresponding to (II).

Carbanion (II) is a resonance hybrid having two canonical forms.

Bond Order: It is the sum of the weights of those canonical forms in which the bond 5 is double plus 1 for the single bond which is present in all of them.

According to this principle, those elementary reactions will be favored that involve the least change in atomic position and electronic configuration.

When the carbanion is converted to the diene, these bond orders change as above.

Since a greater change is required to form 1, 3-diene, the principle of least motion predicts the formation of 1, 4-diene.

Another factor is that the C13 NMR spectrum of (II) shows that the 6th position has somewhat greater electron density than the 2 positions, which presumably would make the former more attractive to a proton.

The mechanism of this reduction does not depend on the stability of the product but on both steric and electronic factors involved in the radical anion transition state.

The radical anion will have the lowest energy and will therefore be favored in which the 4p-orbitals can best overlap, even though it may give rise to the thermodynamically less stable product.

On the metal ammonia reduction of A, there are three structural possibilities of the radical anion i.e. 1, 2, 3.

Between (1) and (3), (1) would be energetically preferred since it represents the thermodynamically more stable transform of decalin, the overlap of the four p-orbitals, and 1, 3-diaxial interactions between the two substituents being the same in both.

It appears that the electronic factors are dominant over the steric factors in (1) which explains the formation of (B) through (1) in preference to (C) through (2). Conceivably, much larger substituents in place of CH3 and OCH3 may tilt the balance in favor of the products of cis decalin type (C).

The regioselectivity and rate of reduction are crucially dependent on the electron-donating or electron-withdrawing characteristics of the substituents.

The electron-donating groups such as alkyl or alkoxyl decrease the rate of reaction because they increase the electron density in the aromatic ring and thus hinder the acceptance of electrons.

The groups are present in the non-reduced position of the product.

While electron-withdrawing groups such as −COOH, −CONH2 increase the rate of reaction and are found on the reduced position of the product.

The regioselectivity of the reduction is explained from the consideration of the relative stabilities of the possible mesomeric intermediates.

Ordinary olefins are usually unaffected by the Birch reduction condition and double bonds may be present in the molecule if they are not conjugated with the ring.

(ii) The reduction of steroids and terpenoids enone in which the β carbon atom was located at the fusion of two six-membered rings showed that the reaction gives a thermodynamically stable isomer.