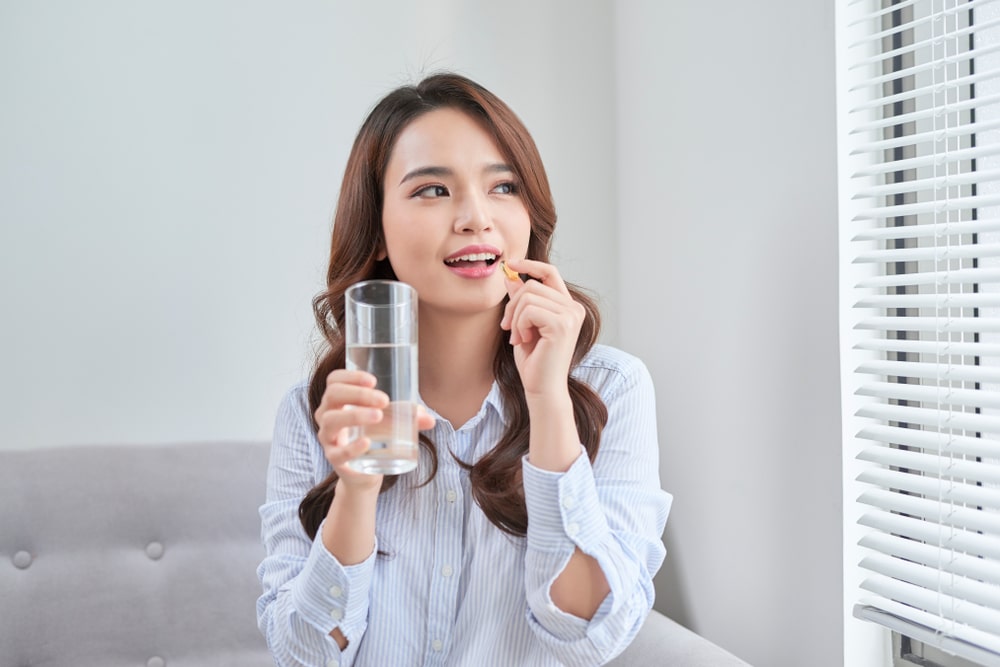 Buccal Delivery System: Buccal drug delivery systems interact with the mucus layer covering the mucosal epithelial surface, and mucin molecules and increase the residence time of the dosage form at the site of absorption. The drugs which have local action or those which have maximum absorption in the gastrointestinal tract (GIT) require an increased duration of stay in GIT. Thus, buccal dosage forms are advantageous in increasing the drug plasma concentrations and also therapeutic activity.

The epithelium of the mouth consists of stratified, squamous epithelium, which can be keratinized, or nonkeratinized. It contains the following layers: Stratum distended Stratum filamentous Stratum suprabasal, Stratum basale.

Lamina Propria: Constitutes a continuous sheet of connective tissue containing collagen, elastic fibers, and cellular components in a hydrated ground substance. It also carries blood capillaries and nerve fibers that serve the mucosa. It is through the blood vessels in the lamina propria that drug moieties can gain entry into the systemic circulation.

Submucosa: This is a layer of loose connective tissue that supports the epithelium and also contains blood vessels, lymphatics, and nerves.

Pharmaceutical considerations: Great care needs to be exercised while developing a safe and effective buccal adhesive drug delivery device. Factors influencing drug release and penetration through buccal mucosa are organoleptic factors and effects of additives used to improve drug release pattern and absorption, the effects of local drug irritation caused at the site of application are to be considered while designing a formulation.

Physiological considerations such as; the texture of buccal mucosa, the thickness of the mucus layer, its turn-over time, the effect of saliva, and other environmental factors are to be considered in designing the dosage forms.  E.g. Saliva contains moderate levels of esterases, carbohydrates, and phosphatases that may degrade certain drugs. Although saliva secretion facilitates the dissolution of the drug, involuntary swallowing of saliva also affects its bioavailability.

Drug absorption depends on the partition coefficient of the drugs. Generally, lipophilic drugs absorb through the transcellular route, whereas; hydrophilic drugs absorb through the paracellular route. Chemical modification may increase drug penetration through the buccal mucosa. Residence time and local concentration of the drug in the mucosa, the amount of drug transport across the mucosa into the blood are the responsible factors for local or systemic drug delivery. Optimization by a suitable formulation design fastens drug release from the dosage form and taken up by the oral mucosa.

Buccal adhesive drug delivery systems with the size 1–3 sq. cm and a daily dose of 25 mg or less are preferable. The maximal duration of buccal delivery is approximately 4–6 hrs. To make such dosage form following components are required:

Bioadhesive formulations use polymers as the adhesive component. These formulations are often water-soluble and when in a dry form attract water from the biological surface and this water transfer leads to a strong interaction. It also forms viscous liquids when hydrated with water that increases their retention time over mucosal surfaces and may lead to adhesive interactions. They should possess certain physicochemical features including hydrophilicity, numerous hydrogen bond-forming groups, flexibility for interpenetration with mucus and epithelial tissue, and visco-elastic properties.

Polymers remain the most versatile class of biomaterials, being extensively applied in medicine and biotechnology as well as in the food and cosmetic industries. Applications include surgical devices, implants and supporting materials (e.g. artificial organs, prostheses, and sutures), drug–delivery systems with different routes of administration and design, carriers of immobilized enzymes and cells, biosensors, components of diagnostic assays, bioadhesives, ocular devices, and materials for orthopedic applications.

Classifying the properties of polymers for their selection as biomaterials are challenging because a wide variety of materials are available for a particular application (e.g. surgery, drug delivery), and no single, simple set of methods can be used to characterize polymers.  Polymers used as biomaterials can be naturally occurring, synthetic, or a combination of both.

Polymers that adhere to the mucin-epithelial surface can be conveniently divided into three broad categories:

Characteristics of an Ideal Polymer for Mucoadhesive Drug Delivery System

An ideal polymer should possess the following characteristics:

Table.1: Categories of Polymers According to the Criteria

Membrane permeation is the limiting factor for many drugs in the development of buccal adhesive delivery devices. The epithelium that lines the buccal mucosa is a very effective barrier to the absorption of drugs. Substances that facilitate the permeation through buccal mucosa are referred to as permeation enhancers. As most of the penetration enhancers were originally designed for purposes other than absorption enhancement, a systemic search for safe and effective penetration enhancers must be a priority in drug delivery. The goal of designing penetration enhancers, with improved efficacy and reduced toxicity profile is possible by understanding the relationship between enhancer structure and the effect induced in the membrane and of course, the mechanism of action. However, the selection of enhancers and their efficacy depends on the physicochemical properties of the drug, site of administration, nature of the vehicle, and other excipients. In some cases, usage of enhancers in combination has shown a synergistic effect than the individual enhancers. The efficacy of enhancers in one site is not the same in the other site because differences in cellular morphology, membrane thickness, enzymatic activity, lipid composition, and potential protein interactions are structural and functional properties. Penetration enhancement to the buccal membrane is drug-specific. Effective penetration enhancers for transdermal or intestinal drug delivery may not have similar effects on buccal drug delivery because of structural differences; however, enhancers used to improve drug permeation in other absorptive mucosae improve drug penetration through the buccal mucosa. These permeation enhancers should be safe and non-toxic, pharmacologically and chemically inert, non-irritant, and non-allergenic.

Buccal mucoadhesive dosage forms can be categorized into three types based on their geometry:

Type I:  It is a single-layer device with multidirectional drug release. This type of dosage form suffers from significant drug loss due to swallowing.

Type II:  It is a device in which an impermeable backing layer is superimposed on top of the drug-loaded bioadhesive layer, creating a double-layered device and preventing drug loss from the top surface into the oral cavity.

Type III:  It is a unidirectional drug release device, from which drug loss is minimal since the drug is released only from the side adjacent to the buccal mucosa. This can be achieved by coating every face of the dosage form, except the one that is in contact with the buccal mucosa.

Several solid lozenge formulations have been developed and are commercially available, including nitroglycerin sublingual tablet, fentanyl lozenge on a handle, and prochlorperazine buccal tablets. Although these formulations vary in shape and size, they share many common characteristics. This method of delivery is simple for patients to use. The solid formulations dissolve in the oral cavity. The drugs are released and exposed to the entire mucosa and the top third of the esophageal mucosa. The limitation of this delivery form is the short residence time. Depending on the size and formulation, the lozenge or tablet is usually dissolved within 30 min, thus limiting the total amount of drug that can be delivered. The dissolution or disintegration is usually controlled by the patient, i.e. how hard they suck the unit. Increased sucking and saliva production causes swallowing and loss of drugs down the esophagus and the gastrointestinal tract. Thus, solid dosage forms generally have a much higher inter-and intraindividual variation in absorption and bioavailability. In addition, since these formulations are open systems, the delivery medium is not well controlled. Although the formulation offers some control, Oral transmucosal technology. Difficult to control drug or other ingredient concentrations because the media is constantly diluted by saliva. This makes it difficult to effectively use permeation enhancers in this type of system. The taste of the drug is another hurdle for this delivery system. Unless the drug is tasteless or the taste can be masked by sweetening and flavorings agents, it is difficult to achieve high patient acceptability of this type of product.

(a) Gum:  Chewing gum is one of the modern approaches to oral transmucosal drug delivery and is a useful means for systemic drug delivery. The advantages of chewing gum over other oral mucosal drug delivery systems are the possibility of controlled drug release over an extended time and the potential to improve the variability in drug release and retention times. One of the advantages of chewing gum is convenience. Furthermore, an individual may be able to control the drug intake by simply changing the rate and vigor of chewing or expelling the gum altogether. Since chewing gum is also an open system, it shares many of the same limitations as the other solid formulations.

(b) Patches:  Flexible adhesive patches have been developed to overcome some of the drawbacks of other dosage forms. Transmucosal delivery patches have unique characteristics, including relatively rapid onset of drug delivery, sustained drug release, and rapid decline in the serum drug concentration when the patch is removed. Also, a buccal patch is confined to the buccal area over which it is attached and therefore the absorption profile may have less inter-and intraindividual variability. In general, oral mucosal patches can be classified into three categories: patches with a dissolvable matrix, patches with a non-dissolvable backing, and patches with a dissolvable backing. Patches with a dissolvable matrix are designed to release the drug into the oral cavity. They work similarly to and share many of the limitations of, the solid dosage form. The mucoadhesive layer, either in the drug matrix or attached to the drug matrix as an additional layer, prolongs the duration of the drug matrix in the oral cavity.  Therefore, compared with other open dosage forms, these types of patches are longer acting and can potentially deliver more drugs. They also use the entire oral cavity mucosa as compared with other closed systems that typically use smaller areas. These types of patches are also suitable for treating local diseases such as candidiasis or mucositis. Patches with non-dissolvable backing are usually designed for systemic delivery. Since they are closed systems and the formulations are protected from saliva, the drug concentrations are controlled and the drug is continuously delivered for 10 to 15 h. The disadvantages of these systems are that they use only a small mucosal area and the backings have to be removed by the patient after drug administration. Patches with dissolvable backing share many characteristics of patches with non-dissolvable backing, but they have the advantage of the entire patch dissolving in the oral cavity. Patches with dissolvable backings are shorter acting than patches with non-dissolvable backing. Oral mucosal dosage forms are convenient, easy to use, and have the potential to offer a low-cost and painless alternative to more invasive routes of administration. Each delivery form offers very distinct delivery characteristics that can be used in a broad range of therapies. The majority of patches provide a longer period over which to deliver the formulated as either solvent cast mucoadhesive polymer discs or drug to and through the buccal mucosa.

Gel-forming liquids and in situ gel

Viscous liquids have been investigated primarily to coat the mucosa to act as a protectant or a vehicle for drug delivery for the treatment of local disorders, including motility dysfunction, fungal infections. Using sodium alginate suspension as a novel bioadhesive liquid, researchers showed that the esophageal surface can be coated to protect against reflux and can deliver therapeutic agents to the damaged mucosa. The retention behavior of various bioadhesive formulations was evaluated on the esophageal surface under conditions mimicking the salivary flow. Both polycarbophil and xanthum gum demonstrated excellent bioadhesive potential, and carmellose sodium and theromo-sensitive poloxamer (Lutrol 407) demonstrated poor retention. A thermosensitive hydrogel of poloxamer covalently linked to polyacrylic acid and carbopol. This “esophageal bandage”, upon oral administration, demonstrated significant retention within the esophagus.