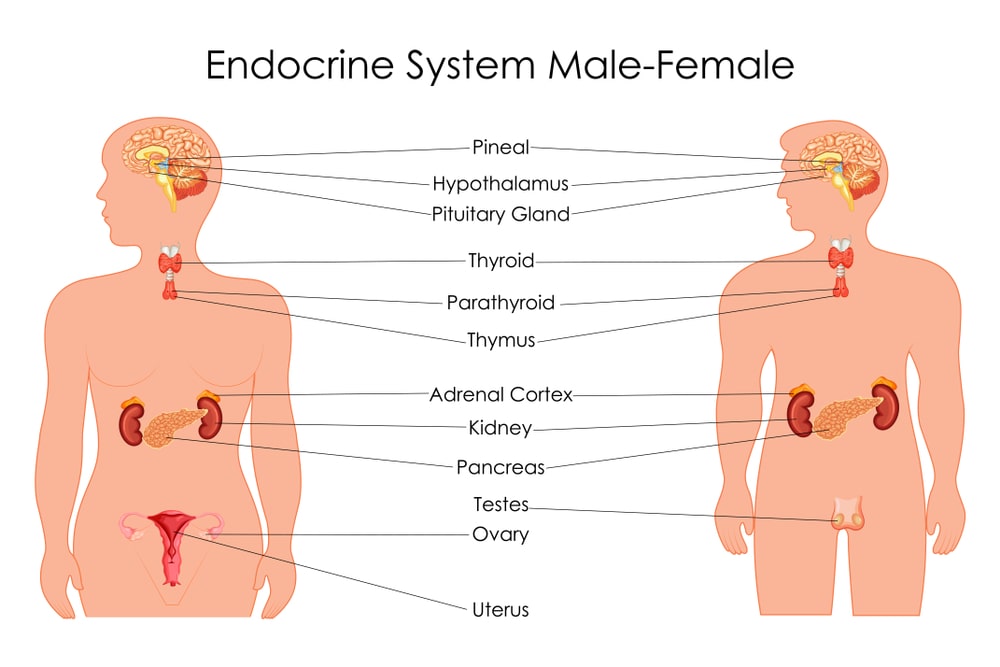 Endocrine Glands and Their Secretions

The pituitary gland is a pea-shaped structure that measures 1-1.5 cm (0.5 in) in diameter and lies in the hypophyseal fossa of the sphenoid bone.

It attaches to the hypothalamus by a stalk, the infundibulum (a funnel), and has two anatomically and functionally separate portions:

Following hormones are secreted by the anterior pituitary:

Although the posterior pituitary or neurohypophysis does not synthesize hormones, it does store and releases two hormones.

Adrenal cortex: It is a large, peripherally located region of the gland.

The hormones secreted by the adrenal cortex are:

Adrenal medulla: It is a small, centrally located region of the gland. The two major hormones synthesized by the adrenal medulla are:

These two hormones only intensify sympathetic responses in other parts of the body. An important effect is on the cardiovascular system, they increase blood pressure.