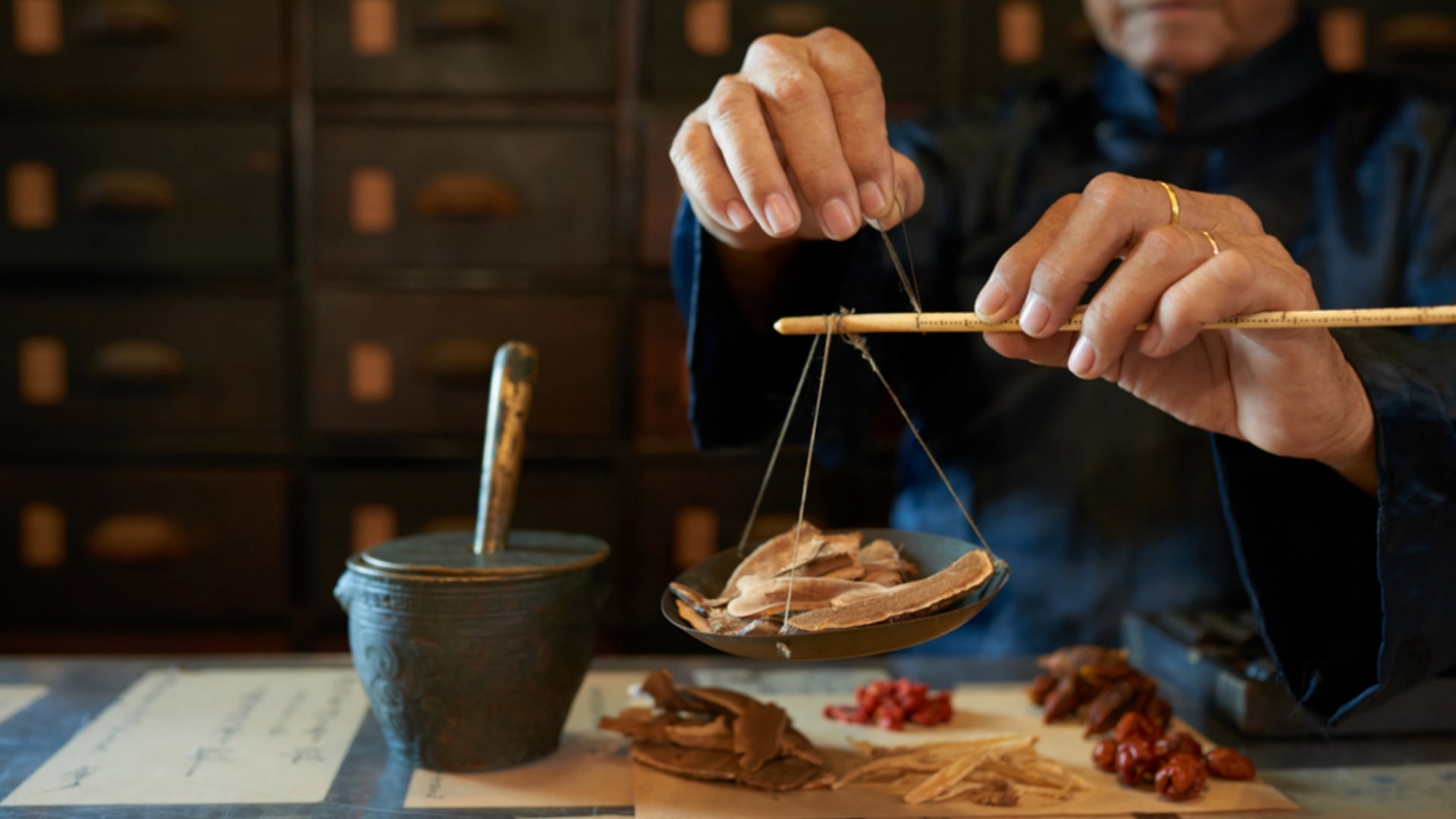 Chinese Systems of Medicine: Chinese medicine (CM) is a broad range of medicine practices that developed in China. It is based on a tradition of more than 2,000 years, including various forms of herbal medicine, acupuncture, massage, exercise, and dietary therapy. The medicine practitioners used herbal medicines and various mind and body practices, such as acupuncture and tai chi, to treat or prevent health problems. Traditional Chinese medicine is based on 5,000 years of practice and experience. This medicine system provides a complete assessment based on a unique cultural, diagnostic, and therapeutic approach. Chinese medicine system consists of three parts namely theory, treatment, and prevention.

Chinese Medicine system is based on two systems viz. Yin and Yang theory, and five element theory. Yin and Yang Theory is based on the “Principle of Chi” that promotes biological activities by energy generation. This Yin and Yang theory represent the positive and negative side of the energy which are opposite to each other. Health reflects the balance between Yin and Yang. If the Yin principle predominates the body then weakness, exhaustion is the result. Excess Yang causes irritability and excitement. When the Yin and Yang elements in a person’s body are balanced the person is in good health. The five-element theory is based on vital five organs namely heart, liver, spleen, lungs, and kidney are related to five elements such as earth, wood, metal, fire, and water. They all are interlinked and together they are known as “Wu Xing” (Fig.1).

Principle of Chinese Systems of Medicine:

The Eight Principles are in this system as follows:

1. Yin: Yin is cold. Yin with Yang is indicated for pattern diagnosis and describes the relationship between the other three pairs of Principles.

2. Yang: Yang with Yin describes the relationship between the other three pairs of the Principles. Like heat is Yang.

3. Interior: Interior describes diseases at manifest themselves deep inside the body (Zang-fuorgans), such as qi, blood, and bone marrow.

4. Exterior: Exterior describes diseases that manifest themselves on the surface of the body namely hair, skin, nails, and meridians. Its clinical features include body chills, fever, a weak pulse, headache, etc.

5. Heat: Heat describes the absence of Cold. Its symptoms are rapid pulse, fever, body chills, dehydration, and a sore throat when it combines with the exterior pattern but in combination with an interior pattern, its symptoms are cold drinks, clear urine, and a slow pulse.

6. Cold: Cold describes the absence of heat. With a combination of Exterior patterns, its symptoms are body aches, a tense pulse, fever, body chills, and headaches but with an Interior pattern, its symptoms show nausea, stomach pain, vomiting, and diarrhea.

7. Deficiency: Deficiency is used to describe a vacuity in qi, blood (Xue), or body fluids (Jinye) but it depends on the relation to Interior/Exterior and Cold/Heat, it can manifest as constipation, having a small appetite, dizziness, and slow pulse.

8. Excess: Excess is classified as any disease that cannot be identified as a Deficiency pattern. It means that one of the six excesses is present. Depending on how it relates to Interior/Exterior and Cold/Heat and show a quick pulse, sweaty palms, and sharp stomach pains.

It aims to restore harmony between Yin and Yang with the patients as well as between patients to the World. Treatments are carried out with help of Herbalism, Acupuncture, Moxibustion, Cupping, and Massage therapy.

Role of Pharmacognosy in Chinese Medicine: