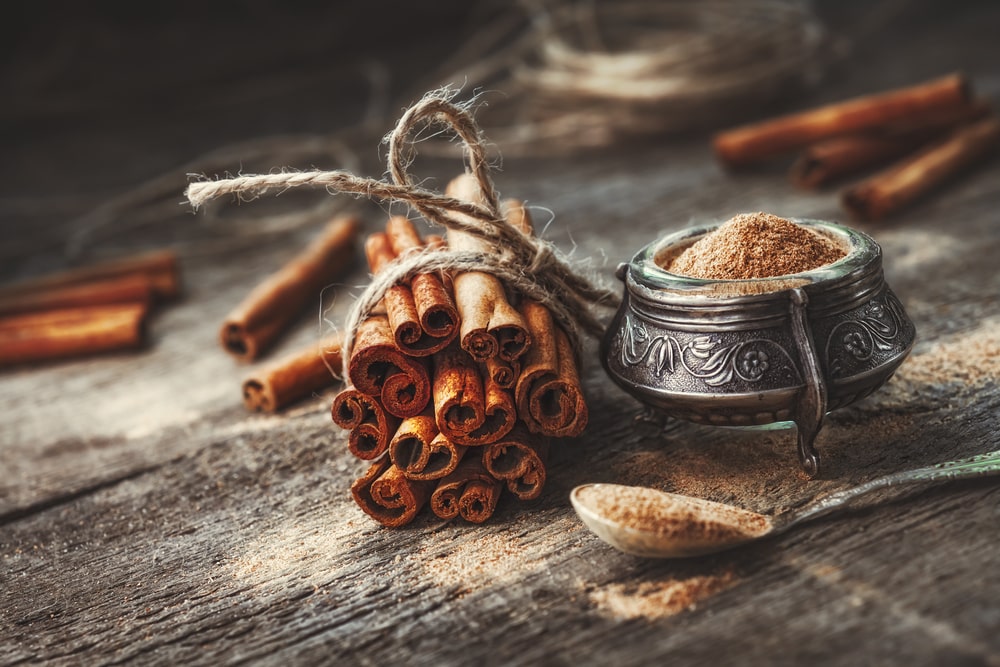 Cinnamon consists of dried bark, freed from the outer cork and the underlying parenchyma, from the shoots growing on the cut stumps of Cinnamomum zeylanicum Nees.

Cultivation and Collection of Cinnamon

It is generally cultivated by seed propagation method but sometimes plant cuttings are also preferred. It mainly needs sandy or siliceous soil which should be rich in humus. The other requirements for its better cultivation are altitude (800 to 1000 meters) and annual rainfall (200 to 250 cm). It is a shade-loving plant. The seeds are propagated in nursery beds in June and July. The distance should be 10 cm in between two plants. The plants should be watered from time to time. Generally, the seeds are germinated within 20 days. Shading is provided to the plants and allowed to grow for about 1 year. Then transplantation in the open field should be done in October or November or the rainy season. The distance should be kept at least 2 meters in between two plants. Weeding should be done 2 to 4 times a year. The plants should be manured in the first year and subsequently increased depending upon the age of the plant. The fertilizers are applied first in monsoon and second in October-November. It will encourage the growth of shoots. Coppicing should be done to induce the formation of shoots. Harvesting should be done in the rainy season because in this season peeling of bark from shoots is easy. The peeled strips are made into bundles, wrapped in coir mats, and allow to ferment for 24 hours. This will loosen the outer cork and cortex which should be removed from the curved brass knife. The collected bark contracts and is converted into quill form after drying. The smaller quills are placed in between larger quills and forms compound quills. The soft and fresh quills are rolled by hand and lightly pressed so it will avoid the splitting of bark into pieces. Then the drug should be shade dried and dried quills are packed into bundles of different grades and marketed. The small pieces and debris are used for the production of Cinnamon oil. The average yield of bark is about 200- 300 kg per hectare and 2-3 kg leaves per hectare, annually.

The drug is used as an aromatic stimulant, antibacterial, antifungal, antiseptic, carminative, stomachic, and astringent. Commercially, it is also used as spice, condiment, in candy preparation, denitrifies, and perfumery. Cinnamon oil is used in urinary infection and food technology.

Cinnamon oil and cinnamaldehyde are irritating to the skin and mucous membranes. They cause allergic reactions like urticaria or edema of the face and lips.