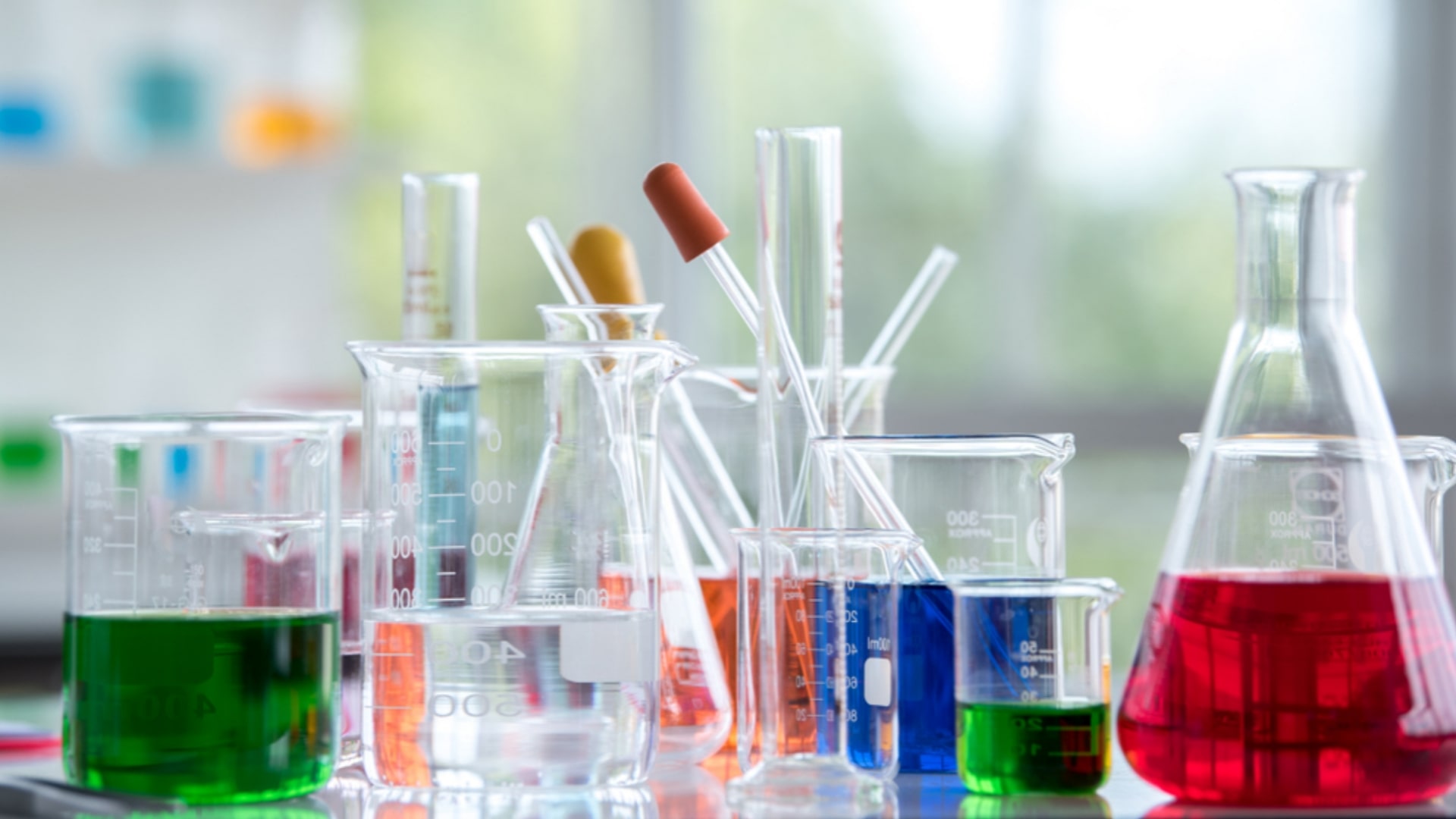 Glycosides: Glycoside is an organic compound that contains C, H, and O in its structure. They are natural carbohydrate substances. They are obtained from maximum higher plants but in less quantity. They are also known as internal acetate. They have two parts viz. Sugar part and non-sugar part. The sugar part is known as the glycone part whereas the non-sugar part is known as the aglycone part or genin part. Due to the presence of the aglycone part, glycosides give therapeutic activities. Sugar and non-sugar parts are linked with glycosidic bridge, known as glycosidic linkage. This linkage is breaks by acid or enzyme hydrolysis and both glycone and genin parts are separated. Glycone part is water-soluble but insoluble in organic solvents whereas aglycone parts are vice-versa. They are formed by the biochemical reaction which makes the water-insoluble compound more polar than the water-soluble molecule. Hence, they are removed from an organic system. Human forms them in the liver as part of the process of detoxification and they are excreted through urine. Mammalian glycosides are simple compounds whereas plant-originated glycosides are much larger and chemically complex. Among the glucose found in nature, D-glucose is available more. They are having two types of stereochemistry namely alpha and beta-glycosides. Example: Methyl D-glucosides.

Glycosides are the larger group of natural secondary metabolites obtained from many higher plants. They are broadly classified into several groups. They are as follows:

Glycosides are classified based on linkage between glycone and aglycone part where OH groups react with any medicates like, OH, CN, SH, NH product in aglycone part and as per that they are of four types.

Some of the anthraquinone glycosides like cascaroside in cascara, aloin in aloes show the particular linkage. C-glycosides are called aloin type glycosides present in aloes. They do not hydrolyse by heating with dilute acid or alkalis but occur by oxidative hydrolysis with FeCl3.

Another example is Carminic acid which is obtained from Cochineal insects (Fig.4).

They are common in higher plants. Example: Senna, Rhubarb (Fig.5). They are hydrolysed by treatment with acid or alkali into glycone and aglycone portions.

The occurrence of this glycoside is in isothiocyanate glycoside like sinigrin in black mustard formed by the condensation of sulphhydryl group aglycone to OH group of glycone (Fig.6).

They are mostly present in the nucleoside where the amino group reacts with the OH group of ribose or deoxyribose resulting in N-glycoside (Fig.7).

This is one more type of glycosidic linkage where glucose molecules are attached with the aglycone part by both C and O linkages. Example: Cascarosides from Cascara (Fig.8). Some flavonol glycosides have also contained this type of linkage.

2. Based on the Chemical Nature of Non-sugar Moiety:

3. Based on the Nature of Sugar Moiety:

4. Based on Therapeutic Nature of Glycoside:

Stas-otto method: The drug-containing glycoside is finely powdered and subjected to successive extraction in a Soxhlet apparatus with alcohol or suitable solvent. After extraction, the extract is collected and treated with lead acetate to precipitate tannins. Filtered the solution and to the filtrate, H2S gas is passed. The precipitate of lead sulphide form is removed by filtration. The filtrate is subjected to fractional crystallization, distillation or chromatography gives pure glycoside. Further, the molecular structure is determined by the Spectrophotometer, Ultra Red assays, Infra-red, NMR, Mass spectroscopy, etc.

Test–A: Treated a few mg of powdered drug with sulphuric acid and then 5% NaOH solution is added for neutralization. Finally, Fehling’s solutions A and B are added to the above mixture. The solution produces a red colour.

Test-B: Dissolved a few mg of powdered drug with sufficient water to make a solution. This solution is tested with Fehling’s solutions A and B. The red colour is produced. This indicates reducing sugar is present in the drug.

Both the red colours in separate test tubes are compared. If the colour of test A is more intense than test B, then glycoside’s presence is confirmed.

(a) Brontrager’s Test: This test is performed for the O-glycosides. Senna gives a positive test. The powdered drug is dissolved in a few ml dilute sulphuric acid and the mixture is boiled. Filtered the solution, the filtrate is then extracted with an organic solvent like chloroform. The chloroform layer is separated and to that ammonia is added. The ammonia layer gives a rose pink colour. This indicates the presence of O-glycosides.

(b) Modified Brontrager’s Test: This test is performed for the presence of C-glycosides. This test is positive for Aloes. Powdered drug is mixed with dilute hydrochloric acid and FeCl3. This solution converts C-glycoside to O-glycoside. Filtered the solution, the filtrate is then extracted with an organic solvent like chloroform. The chloroform layer is separated and to that ammonia is added. The ammonia layer gives a rose pink colour. This indicates the presence of C-glycosides.

(a) Keddie’s Test: Chloroform extract of drug mixed with 90% alcohol and 2% 3, 5-dinitrobenzoic acid. Further 7% NaOH is added. The solution turns to blue or violet colour. This confirms the presence of cardenolide aglycone.

(b) Antimony Trichloride Test: To a powdered drug added solution of antimony trichloride and trichloroacetic acid then heated the mixture. The solution appears blue or violet. This indicates the presence of Cardenolides and Bufadienolides.

(c) Keller–Killiani Test: Powdered drug is extracted with chloroform. Then few ml of acetic acid and FeCl3 is added. After that concentrated sulphuric acid is added to the side tube slowly. The acid layer shows a reddish-purple ring. This indicates the presence of deoxy sugar, digitoxose.

(d) Raymond’s Test: Small quantity of powdered drug dissolved in ethanol. In this solution, 1% solution of m-dinitrobenzene, methanol and few drops of sodium hydroxide is added. Violet colour confirms the presence of cardiac glycosides. After standing, the violet colour slowly changes to blue colour. This indicates the presence of the methylene group at the C-21 position in the lactone ring.

(e) Legal’s Test: This test is performed by using pyridine and alkaline sodium nitroprusside. The solution produces a red colour. This indicates the presence of cardiac glycoside.

(f) Baljet Test: Picric acid and sodium picrate are added to the powdered drug sample. The solution becomes orange in colour. This indicated the presence of cardiac glycoside.

(a) Sodium Picrate Test: Drug is mixed with dilute sulphuric acid. After the addition of sodium picrate red colour is produced. This indicates the presence of cyanogenetic glycoside.

(b) Mercuric Acetate Test: Drug solution is mixed with mercuric acetate and forms drug acetate and mercury is separated. This confirms the presence of cyanogenetic glycoside.

(a) Shinoda Test: Powdered extract mixed with a few ml of 95% ethanol, few drops of conc. HCl and 0.5 g magnesium turnings. The pink colour was observed. It indicates the presence of flavonoids.

Few mg of dried extract dissolved in acetic anhydride heated to cool. Then few ml of concentrated sulphuric acid is added along the side tube. The formation of pink colour indicates the presence of triterpenoid.

(a) Froth Formation Test (Foam): The solution of drug placed in water in a test tube, shake well, stable froth (foam) is formed.