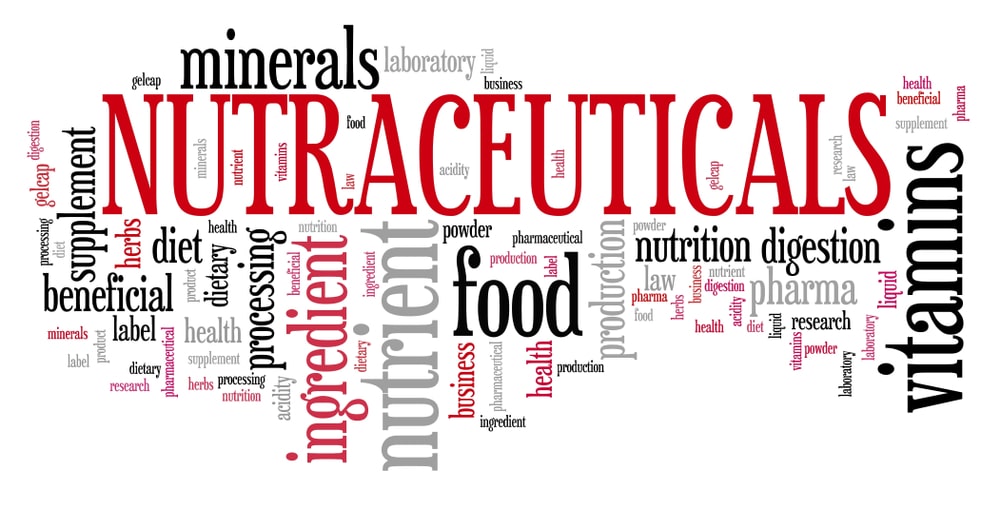 Classification of Nutraceuticals: A nutraceutical is a food or food component that claims to have health benefits, including treatment and prevention of disease. In 1989, Stephen DeFelice, M.D., derived the term “nutraceutical” from “nutrition” and “pharmaceutical.” It’s used as a marketing term.

Glucosamine, chondroitin, and MSM are popular dietary supplements that are touted as beneficial for joint health.

Nutraceuticals are categorized based on foods available in the market

Traditional nutraceuticals are simply natural with no changes to the food. Food contains several natural components that deliver benefits beyond basic nutrition, such as lycopene in tomatoes, omega-3 fatty acids in salmon, or saponins in soy. They are grouped based on

Nutraceuticals hold a great promise to improve health and prevent chronic diseases with the help of herbals. Some examples are willow bark (Salix nigra), having an active component as salicin, which is anti-inflammatory, analgesic, antipyretic, astringent, and antiarthritic. Parsley (Petroselinum cripsum) contains flavonoids (apiol, psoralen) and is diuretic, carminative and antipyretic. Peppermint (Mentha piperita) contains menthol as an active component and cures a cold and flu. Lavender (Lavandula angustifolia) contains tannin which helps cure depression, hypertension, stress, cold, cough, and asthma. Cranberries (Vaccinium erythrocarpum) contain proanthocyanidin and are found to be useful in cancer, ulcers, and urinary tract infections.

The scientific interest in probiotics boosted from the work of Metchnikoff to transform the toxic flora of the large intestine into a host-friendly colony of Bacillus bulgaricus was found by Hord. Probiotics mean for life and are defined as live microorganisms, which when consumed in adequate amounts, confer a health effect on the host. They are friendly bacteria that promote healthy digestion and absorption of some nutrients. They act to crowd out pathogens, such as yeasts, other bacteria, and viruses that may otherwise cause disease and develop a mutually advantageous symbiosis with the human gastrointestinal tract. They have an antimicrobial effect through modifying the microflora, preventing adhesion of pathogens to the intestinal epithelium, competing for nutrients necessary for pathogen survival, producing an antitoxin effect, and reversing some of the consequences of infection on the intestinal epithelium, such as secretory changes and neutrophil migration. Probiotics can cure lactose intolerance by the production of the specific enzyme (ß-galactosidase) that can hydrolyze the offending lactose into its component sugars. Sources of probiotic microorganisms are mentioned (Table1).

Enzymes are an essential part of life, without which our bodies would cease to function. Those people who are suffering from medical conditions such as hypoglycemia, blood sugar disorders, digestive problems, and obesity, eliminate the symptoms by enzyme supplements to their diet. These enzymes are derived from microbial, plant, and animal sources (Table 2).

Table 2: List of nutraceutical enzymes from microbes, plants, and animals

Non-traditional nutraceuticals are artificial foods prepared with the help of biotechnology. Food samples contain bioactive components which are engineered to produce products for human- wellness. They are arranged into

Energy-providing foods, such as bread, alcohol, fermented starch, yogurt, cheese, vinegar, and others are produced with the help of biotechnology. The production of probiotics (Table 4) and the extraction of bioactive components by enzyme/fermentation technologies as well as genetic engineering technology are achieved through biotechnology.