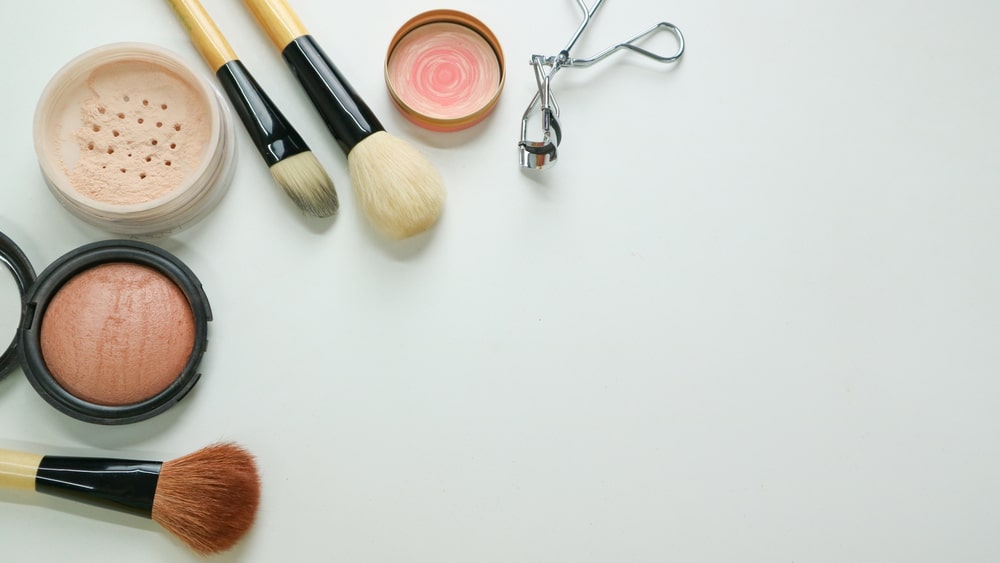 Cosmetics As Quasi Drugs: Quasi-drugs are a unique product classification in Japan. A quasi-drug is defined in Japan as a product that has minimal to moderate pharmacologic activity but is restricted in use to specific indications. Quasi-drugs in Japan include categories of products that are often defined as drugs, cosmetics, or Over-the-Counter (OTC) products in other regions. Products in this class include some energy drinks containing taurine, some vitamin preparations, hair tonics, bath preparations, skin whitening products, acne products, anti-dandruff shampoos,  fluorinated toothpaste, hair dyes, and many others. These products are considered borderline medicinal products, which are categorized differently in various markets.

Manufacturers of quasi-drugs need to be accredited by the Minister of Health, Labor, and  Welfare (MHLW) according to Article 13-3 of the Japanese Pharmaceutical Affairs Law (JPAL).  This applies to domestic manufacturers as well as to foreign manufacturers when importing products into Japan. Essentially this means that in Japan such products must be manufactured under CGMP conditions and the supply chain managed similarly as a  drug product. Additionally, a pre-marketing approval of all quasi-drugs is required by the  Pharmaceutical and Food Safety Bureau of the MHLW applies according to Article 14 of the  PAL. For the application of the marketing approval, a foreign manufacturer must appoint a  drug marketing authorization holder (MAH) in Japan who performs all procedures with the  MHLW on behalf of the applicant. The MAH can as well apply for the manufacturing license of the manufacturer and is also authorized to market the products. All summary documentation and forms filed for the market authorization applications are required to be submitted in Japanese. The MAH must also comply with all regulations for the holder of market authorization for a drug in Japan. This means that the MAH must have a quality representative, medical safety officer, and General Manager who is qualified to take responsibility for the release of the medicinal product in Japan. The regulatory agency conducting the scientific reviews for the marketing approval is the Pharmaceuticals and  Medical Devices Agency (PMDA), which also monitors post-marketing safety. Recently the  PMDA has translated many of its key regulations and guidelines into English to facilitate interactions with foreign companies.

The information required for the marketing approval for a quasi-drug is similar to that of a new drug product. This information includes detailed information on the quality and controls of the ingredients, manufacturing information, stability, storage conditions,  expiration date, and quality controls. Additionally, a detailed description of the manufacturing sites of the ingredients and the drug should be provided. All ingredients of a quasi-drug must have a monograph in the Japanese Pharmacopoeia and comply with the given criteria. They must have an active ingredient declared and when the active ingredient is used within the dosage that was previously approved for other products, the marketing authorization typically takes approximately 8 months. However, when the dose of the active ingredient is higher than previously approved, additional non-clinical data to evaluate the safety, efficacy, and stability of the product may need to be provided which requires a lead time of approximately two years. Changes to the product after approval are completed as an amendment to the market authorization and can take from two weeks for very simple modifications to more than eight months for major changes. Although, when compared to cosmetics, the pre-marketing steps for quasi-drugs are more extensive, marketing of the product is similar and quasi-drugs are sold without prescription or restrictions in distribution.  Quasi-drugs also have restrictions with regards to the volume of the product sold to limit the exposure to consumers. As such, quasi-drug products cannot be sold in volumes of greater than 100 ml in volume.

The labeling must also carefully comply with requirements for quasi-drugs and must provide the consumer with an understanding of what the product contains the purpose and appropriate dosing instructions. The information must be factual without exaggeration and must be clearly stated on the container or box the container is held in when sold.

The requirements for the labeling under the Pharmaceutical Affairs Law are:

Skin lightening or whitening quasi-drugs (QDs), a category created in Japan for functional cosmetics, contain active ingredients that prevent or improve hyperpigmentation in disorders, such as melasma and solar lentigo. Although much remains unknown about the causes of hyperpigmentation, it is thought that the localized and irregular overproduction of melanin by melanocytes in the basal layer of the epidermis or the retention of melanin in the epidermis due to aberrant epidermal turnover, or both, play a role in hyperpigmentary disorders. The development of topical materials to treat these cosmetic hyperpigmentary disorders, to reduce excess melanin production, and promote clearing of accumulated melanin from the epidermis, has contributed significantly to the understanding of melanogenesis and pigmentation as physiological processes.

Until the late 1980s, ascorbic acid (also termed Vitamin C) and placental extracts were used as skin lightening QDs in Japan. Since 1988, starting with the approval of kojic acid by the MHLW, many companies have begun to develop proprietary QDs.

1. Ascorbic acid and its derivatives

Melanin synthesis is regulated by the rate-limiting enzyme, tyrosinase, a membrane-bound copper-containing glycoprotein, which initiates the biosynthetic pathway of melanin by catalyzing the hydroxylation of tyrosine to DOPA. Since subsequent reactions in the melanin synthetic pathway, e.g., the conversion of DOPA to DOPAquinone, as well as other non-enzymatic reactions, are oxidative reactions, antioxidants such as ascorbic acid, are effective inhibitors of melanin synthesis. Ascorbic acid and its derivatives are the most popular skin-lightening QDs that have ever been used in Japan (Table 1.4). In clinical trials, a  10% magnesium L-ascorbic acid 2-phosphate-containing formulation was shown to be effective for reducing melasma and age spots. A 2% L-ascorbic acid 2-glucoside-containing  cream was shown to accelerate the disappearance of ultraviolet light B (UVB) (280-320 nm)-  induced hyperpigmentation of the skin.

Kojic acid, a pyrone derivative obtained from the fermentation process of Japanese liquor, is known to have antibacterial activity. Kojic acid was shown to inhibit the activity of tyrosinase by chelating copper atoms in its active site. In clinical trials, a 1% kojic acid-containing formulation was shown to be effective for treating hyperpigmentary disorders,  such as melasma, post-inflammatory hyperpigmentation, age spots, and freckles. It was obtained by Sansho Seiyaku Co., Ltd. in 1988. The MHLW in March 2003 notified suppliers of kojic acid to delay manufacture or import because of caution about possible carcinogenic effects. However, after revaluation in November 2005, kojic acid is now accepted to be safe as a cosmetic ingredient and continues to be used as a skin-lightening QD.

Ellagic acid is a naturally occurring polyphenol found in a variety of plants, such as strawberries, geraniums, and green tea. The inhibitory effect of ellagic acid on melanin synthesis is similar to kojic acid, i.e., ellagic acid inhibits tyrosinase activity by chelating copper atoms in its active site. A 0.5% ellagic acid-containing cream was shown to be effective for treating UVB-induced hyperpigmentation of the skin. It was obtained as QD by  Lion Corporation in 1996.

Arbutin, a naturally occurring β-D-glucopyranoside derivative of hydroquinone, is found in cowberry leaves and inhibits tyrosinase activity competitively, but at non-cytotoxic concentrations in cultured melanocytes. A 3% arbutin-containing formulation was shown to be effective for treating hyperpigmentary disorders, such as melasma. It was obtained by  Shiseido Co., Ltd. in 1989.

Rucinol® was selected by screening synthetic resorcinol derivatives that can elicit strong competitive inhibition of tyrosinase activity. Melanin synthesis is catalyzed by tyrosinase,  together with tyrosinase-related proteins (TRP) −1 and −2, and Rucinol® has been shown to inhibit melanin synthesis in cultured mouse melanocytes via direct inhibition not only of tyrosinase activity but also of TRP-1 activity. A 0.3% Rucinol® -containing lotion was shown to be effective for treating hyperpigmentary disorders, such as melasma. As QD it was procured by POLA in 1998.

Chamomilla extract has been used as a traditional anti-inflammatory agent, and is the only one so far, in Japan, that has been approved as a skin lightening QD from botanical extracts. It has been shown that keratinocytes secrete endothelin-1, a type of inflammatory cytokine, which activates melanocytes when UV is irradiated on the epidermis. Chamomilla extracts have been shown to act as an antagonist for endothelin-receptor binding, which mediates cell-to-cell signaling between keratinocytes and melanocytes. This antagonism leads to the inhibition of melanin synthesis in melanocytes. Until then, all earlier skin lightening QDs had been developed to inhibit tyrosinase activity. In contrast, the chamomilla extract is a unique QD focused on affecting the keratinocytes that surround melanocytes.  A 0.5% chamomilla extract-containing cream was shown to be effective for treating  UVB-induced hyperpigmentation of the skin. For use as QD, it was obtained and commercialized by Kao Corporation.

Obtained by Sunstar Inc. in 2001, linoleic acid is an unsaturated fatty acid (C 18:2) derived from hydrolyzed botanical oils, such as safflower, and is a major component of biological cell membranes. Tyrosinase is degraded endogenously in melanocytes, and linoleic acid has been shown to accelerate tyrosinase degradation and decrease tyrosinase levels. These actions lead to the down-regulation of melanin synthesis. In clinical trials, topical application of a  0.1% linoleic acid-containing liposomal formulation is effective for treating melasma and lightening UVB-induced hyperpigmentation of the skin.

Tranexamic acid (obtained by Shiseido Co, Ltd in 2002) has been used as traditional hemostatic medicine and is known as an oral medicine for treating melasma. Plasmin, a kind of protease in the blood serum, functions to enhance the intracellular release of arachidonic acid, a precursor of prostanoid, and also to elevate alpha-melanocyte-stimulating hormone processed from pro-opiomelanocortin. Both arachidonic acid and alpha-melanocyte-stimulating hormone can activate melanin synthesis by melanocytes. Therefore, the antiplasmin activity of tranexamic acid is thought to play a role in its topical effectiveness for treating melasma.

To date, many private company-originated QDs have been developed that are based on various mechanisms of skin lightening or whitening efficacy (Table.2). The major target of those QDs is tyrosinase in melanocytes, while some QDs work on keratinocytes or epidermal metabolism. An efficient way to decrease tyrosinase protein levels is to reduce tyrosinase mRNA levels, as already reported for lipoic acid and sphingosine-1-phosphate.  However, compounds that regulate transcription have not yet been approved by the MHLW  of Japan for skin lightening QDs.

Nowadays, many of the hyperpigmentary disorders of the skin can be remedied by various laser therapies. Moreover, the chemical peeling of the stratum corneum using α-hydroxy acids, such as glycolic acid and lactic acid, has also been shown to be modestly effective for treating hyperpigmentary disorders, such as melasma, due to the desquamation of melanin from the epidermis. In addition, this accelerated desquamation is often used to enhance the efficacy of other treatments.

Hydroquinone is currently the gold standard topical drug for dyschromia. It remains somewhat controversial, however, and at one time, was available only by prescription,  because it has been associated with several adverse events. For example, vitiligo-like effects and exogenous ochronosis have been reported after hydroquinone use. In addition, the US  FDA has stated that hydroquinone cannot be ruled out as a potential carcinogen and therefore is prohibited for use in cosmetics. However, a change of Japanese Pharmaceutical  Law in 2001 now allows the use of hydroquinone as an ingredient of cosmetic formulations at lower and presumably safer concentrations. Hyperpigmentary conditions indicated for skin lightening QDs developed in Japan are limited, that is, clinical trials have demonstrated their efficacy mostly against melasma and solar lentigo. Nevertheless, those QDs remain popular,  especially in Asian cosmetic markets, as a convenient means to treat non-pathological hyperpigmentary disorders of the skin.

In conclusion, the system for distribution of some products, now called quasi-drugs, in  Japan was relaxed in 2004. However, those products that are defined as quasi-drug products are still subject to significant regulatory control. While these products are sold directly to the consumer, they must be approved by the MHLW and must meet requirements similar to medicinal products. However, the system in Japan also allows for wide distribution of some products with few limitations on the ability to sell the products to consumers. Thus, the market for quasi-drugs is attractive for many companies, both domestic and foreign, and represents a large market opportunity for these products in Japan.