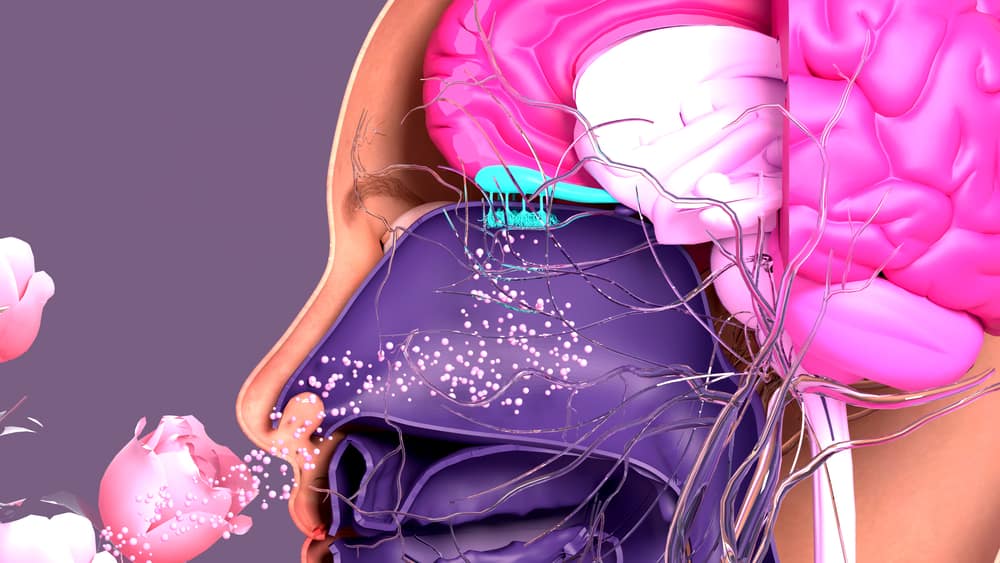 Aim: To demonstrate the function of the olfactory nerve.

Principle:  The olfactory nerve (I) is responsible for perception as well as adaptation of smell.  The perception of smell takes place by the pathway summarized below:

Adaptation to smell is decreasing the sensitivity of the olfactory receptors. In general, a complete insensitivity to certain odors occurs within a minute after exposure to the odorant stimuli. It follows a similar olfactory pathway as described above.

Procedure:  Select one healthy subject for the test.

(a) Perception of smell:

(b) Adaptation to smell: