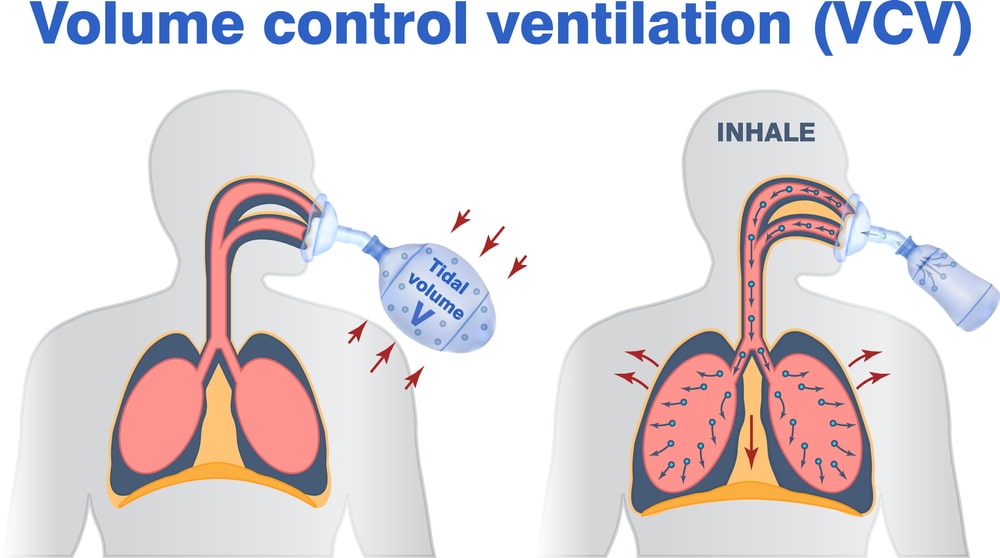 Aim: To determine the tidal volume and vital capacity.

Requirements: Spirometer; potassium permanganate solution. The spirometer consists of a double-walled metal cylindrical chamber, with a light metal gas bell of 6 liters capacity floating in an outer container filled with water. The water acts as an airtight seal. The bell is attached to a chain on its upper end which passes over a graduated frictionless pulley. The pulley has a spring-mounted indicator needle that indicates the volume of air present in the bell. The gas bell is counterbalanced by a weight attached to the other end of the chain for a smooth up and down movement of the bell. The inlet tube is a corrugated canvas-rubber tube with a mouthpiece through which air moves into or out of the bell. This tube is attached to a metal pipe at the bottom of the spirometer. When air is blown into the inlet tube, it raises the bell in the container.

Theory: Vital Capacity (VC) is the largest volume of air that a person can expel from the lungs by forceful expiration after forceful inspiration. It can be measured using breathe measuring device called a spirometer (simple or recording).

The graphical recording of the spirometer is called a spirogram in which inspiration is recorded as an upward deflection and expiration as a downward deflection.

The volume of air in the lungs changes considerably during a respiratory cycle which can be distinguished as four different lung volumes:

The combination of specific lung volumes gives lung capacities. The vital capacity (VC) is the total amount of air that can be exchanged between the atmosphere and lungs during normal and forced respiration. It is calculated as:

Normal vital capacity ranges between 3.5 and 6 liters. It is used clinically as an index of lung function and gives information about abnormal ventilation due to respiratory diseases.