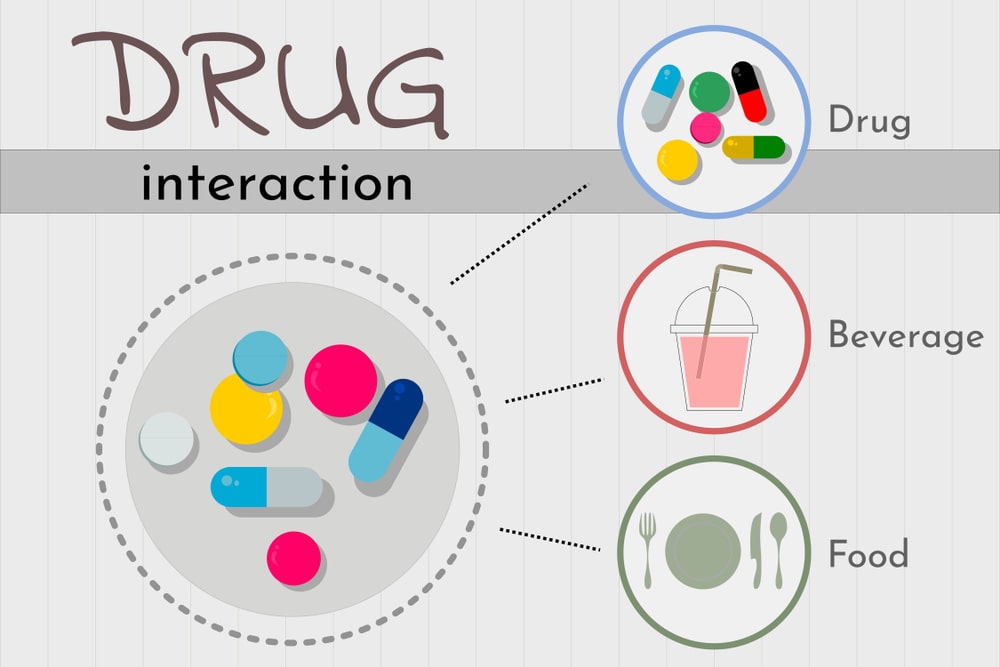 Drug Interactions is common for patient and doctor to prescribe more than one drug and this situation of multiple drug therapy may lead to drug interaction.

Definition: Drug interaction results in the quantifiable alteration in response of one drug when administered with another drug, [Interaction including from prescription, nonprescription including complementary medicines drugs, food, alcohol, and smoking of cigarette or diagnostic tests.

For a better understanding of these complex interactions it is mechanically divided into the  following two parts:

[I] Alteration of Gastrointestinal Absorption:

Several variables are involved in the alteration of absorption. If there is a delay in the absorption of the drug then there is a decrease in plasma concentration level, reducing therapeutic effect or sometimes prolonged the onset of action.

Variables involved in alteration of absorption are as follows:

Examples of alteration in the absorption process by complexation formation are chelation between antacids and tetracycline; tetracycline with metals. Alteration of absorption is facilitated by the binding or complexation of the drug in the gastrointestinal tract. Tetracycline bind with divalent cations results in insoluble complex formation leading to the decrease in the quantity of tetracycline in the systemic circulation. More examples are given in Table.1.

Certain antibiotics may enhance the response of anticoagulants by altering the gastrointestinal flora and thus interfering with vitamin K synthesis and resulting in alteration in the efficacy of anticoagulants. Other examples are given in Table.4.

(A) Induction of Metabolism:

One drug enhances the metabolism of other drugs usually by stimulating the production of the hepatic enzyme involved in drug metabolism. Due to enzyme induction may cause rapid metabolism of the drug resulting in a decrease in the pharmacological action of a subsequent drug.

Example: When phenobarbital is administered with warfarin, there is an increase in the metabolism of warfarin, resulting in reduced anticoagulation.

(B) Inhibition of Metabolism:

A drug that inhibits the microsomal enzyme production may raise the blood level of the drug resulted to increase drug effect and longer duration of action.

(C) Inhibition of Active Tubular Secretion:  When Penicillin/PAS/Cephalosporin/Nalidixic acid/Methotrexate/Dapsone is administered with Probenecid (Acid), Probenecid prolongs the half-life of Penicillin and other drugs by increasing the plasma concentration thus allowing single-dose therapy for preventing toxic reactions.

(D) Alterations in Tubular Reabsorption:  Alteration in tubular reabsorption affected the renal clearance process. Example: When antacids are administered with aspirin, there is a reduction in the reabsorption of salicylate from tubules through an increase in the pH of urine.

Combinations of drugs often are used as therapeutic advantages because their beneficial effects are additive or synergistic.  According to their effects i.e. beneficiary or adverse interactions they are classified as  follows:

(A) Drug having Similar/related Pharmacological Effects:

(B) Drug having Opposite Pharmacological Effects:

The interaction occurs due to the use of two drugs which having an opposite pharmacological effect. These effects observe due to secondary effects of certain drugs. The examples are given in Table.9.