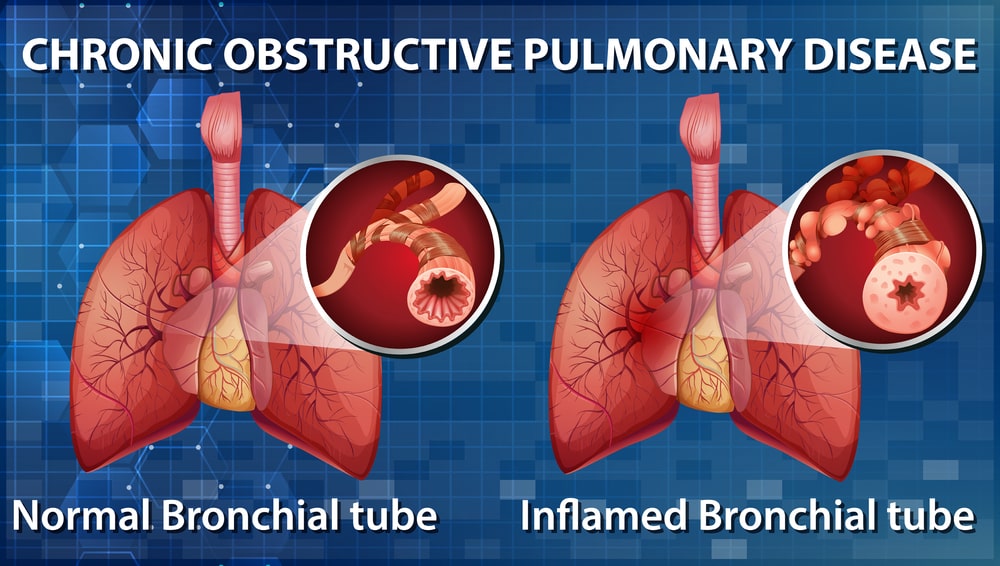 Chronic obstructive pulmonary disease (COPD) is a chronic disease of the lungs that damage the airways as well as the lungs resulting in difficulty to breathe. COPD may have obstructive bronchiolitis, emphysema, or a combination of both conditions. While there is no cure for COPD, following drug therapy may help patients with COPD to improve their quality of life.

2. Steroids: Steroids or corticosteroids are medications used to reduce inflammation in the airways. They are usually administered by inhalation in combination with other bronchodilators. It takes a week or more for the beneficial effects of steroids to when inhaled, so it may be given by oral route which acts faster (within 24 h). Side effects of steroids depend on the dose, duration of administration, and route of administration. The most common side effects of steroids are sore throat, hoarse voice, and infections in the throat and mouth. Steroids given by oral route regardless of dose for a long time may cause bruising of the skin, weight gain, weakening of the skin, osteoporosis, cataracts, high blood pressure, increased blood sugar, mood changes, muscle weakness, swelling of the ankles or feet.

3. Other Medications: In patients with frequent COPD exacerbations, roflumilast and long-term use of azithromycin was found to be beneficial. Both these drugs are given orally and have been shown to decrease the number of exacerbations. Mucolytics may be added to thin mucus (phlegm or sputum) for easy cough. Some patients need oxygen to treat low oxygen levels.