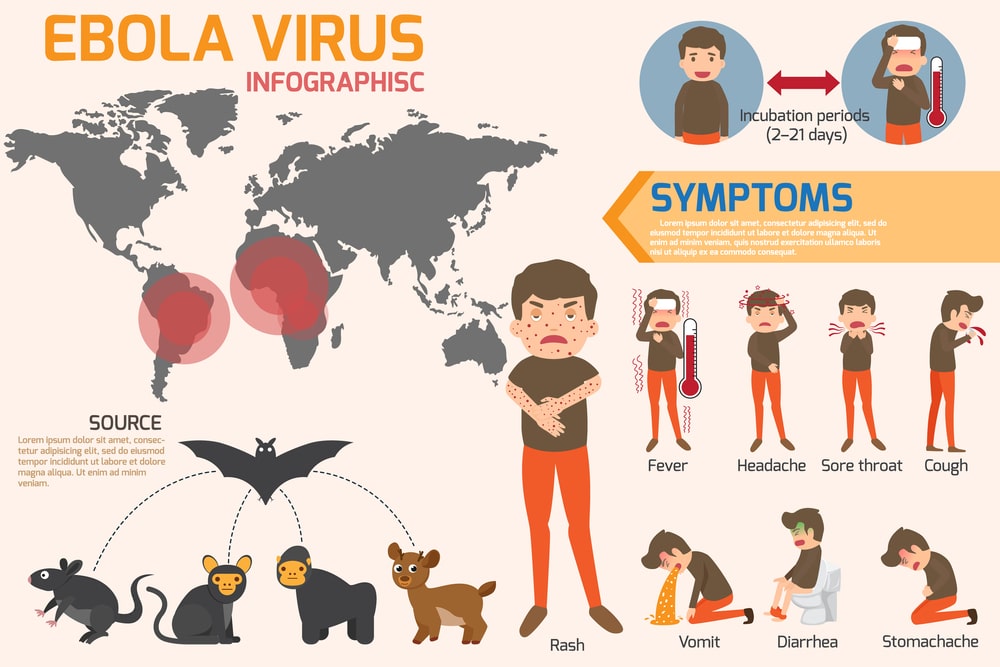 Definition: The viral hemorrhagic fever of humans and other primates caused by Ebola viruses is Ebola virus disease (EVD), also known as Ebola hemorrhagic fever (EHF) or simply Ebola. Signs and symptoms usually start with fever, sore throat, muscular pain, and headaches, vomiting, diarrhea, and rash, along with reduced liver and kidney function, between two days and three weeks after contracting the virus. Some individuals start to bleed both internally and externally at this time.

EVD is caused by Ebola Virus. It is an RNA virus of the family Filoviridae and there are five species of Ebola virus named after their original site of the outbreak:

(a) Reservoir of Infection:

(b) Source of Infection:

Host factors are characteristics found in a person that may influence their disease susceptibility. In recent studies, certain host factors have been identified as having a role in EBOV infection such as; cathepsin B, heat shock 70 KDa protein 5, and STAT 1.

Ebola virus transmission between humans can occur through:

Polymerase chain reaction (PCR) is one of the most commonly used diagnostic methods.

Prevention and Control of Ebola Virus