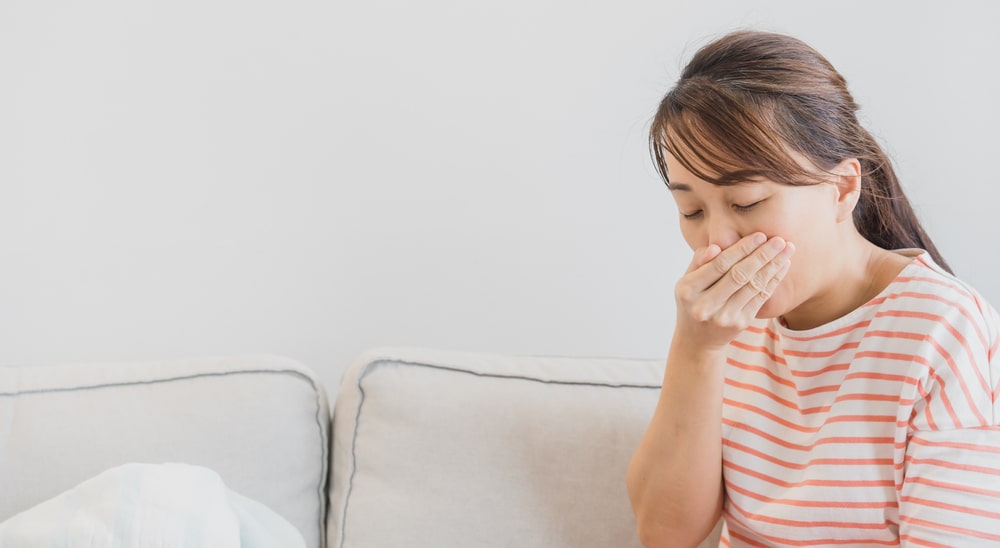 Nausea and vomiting are the most common side effects of many drugs. When a toxic or irritant substance is ingested, the body will try to expel it, and vomiting results. In sick conditions, vomiting or nausea may often occur as a symptom of the disease.  Nausea, an unpleasant sensation is generally associated with vomiting. Severe nausea may sometimes occur in the absence of vomiting and severe vomiting can occur without the nauseating feeling. Vomiting (emesis) is a complex physiological process. Emetic centers present in the lateral reticular formation of the medulla oblongata, regulate the process. These centers may get stimulated due to mechanical, chemical, or peripheral stimuli. Sometimes,  certain drugs may also activate these centers which results in vomiting. The chemoreceptor trigger zone (CTZ) plays an important role in stimulating the emetic process. It contains dopaminergic receptors.

Since it lies outside the blood-brain barrier, it can be easily activated by the attack of drugs. Certain drugs (e.g. apomorphine) activate CTZ and lead to vomiting. While some drugs depress the CTZ activity (e.g. chlorpromazine) and lead to antiemetic activity. In the medulla, other important controlling centers of the autonomic, cardiovascular, and respiratory systems are also located in the vicinity of emetic centers. Hence, vomiting is usually preceded by signs of autonomic stimulation, sweating, salivation, pallor, bradycardia, and other cardiovascular effects. Psychological factors play an important role in both, the emesis and antiemetic processes.

These drugs constitute a valuable part of treatment in poisoning cases. They are sometimes also used in low doses in cough preparations to stimulate flow or respiratory tract secretions. These drugs act either by local irritation (reflux) mechanisms or directly on the chemoreceptor trigger zone (i.e. central mechanism).

(a) Reflux or local emetics: These drugs cause vomiting by stimulating both, the vagus and the sympathetic nerve endings in the stomach and refluxly stimulate the emetic centers present in the medulla. The commonly used examples of this class include sodium chloride,  mustard, copper sulfate, zinc sulfate, ammonium bicarbonate, and ipecacuanha. In case, vomiting is not induced by copper sulfate, its absorption into the circulation may lead to serious toxic effects. Ipecacuanha tincture, in larger doses, has a strong emetic action and is very safe in use. It is prepared from the dried roots of Cephaelis ipecacuanha. It contains emetine, an alkaloid as an active constituent. It acts directly on CTZ as well as indirectly by irritating the stomach. Action is enhanced if 200 – 300 ml water is ingested immediately after the administration of the syrup.

Adverse effects include stomach cramps, headache, itching, muscle stiffness, weakness,  faintness, mild drowsiness, sweating, and hypotension. It should not be given to semiconscious or unconscious patients because of the risk of passing the vomited material into the lungs.

Syrup of ipecacuanha is used to induce vomiting in cases of drug overdoses or poisoning due to other chemicals. The adult oral dose is 15 – 30 ml of syrup of Ipecac.

(b) Central emetics: These drugs activate the chemoreceptor trigger zone in the medulla which then sends impulses to the vomiting center itself. Examples include apomorphine,  cardiac glycosides, morphine, veratrum alkaloids, nicotine, lobeline, etc. Apomorphine is a  morphine analog. It is a very short-acting central and peripheral dopaminergic agonist obtained by exposure to morphine to strong mineral acids. It is devoid of analgesic activity and exerts an emetic effect by stimulating the chemoreceptor zone in the brain stem which is connected with the vomiting center. Like other opioids, it may cause respiratory depression along with circulatory collapse, if it is given in higher doses. Adverse effects include depression, euphoria, restlessness, and tremors.

It is used to manage poison due to oral ingestion of poisons or drug overdoses. When given subcutaneously or intramuscularly in a dosage of up to 8 mg, it leads to vomiting within a few minutes. Due to its short duration of action and adverse effects, it is not preferred in the treatment of Parkinson’s disease.

These drugs are used to reduce or prevent vomiting in conditions where it is common or may be expected. Vomiting occurs as:

Most of the antiemetic agents possess at least some degree of central depressant action.  Many anticholinergics and antihistaminic agents possess antiemetic properties. The vomiting in pregnancy does not need drug treatment, at least for the first trimester.  Thereafter, safer drugs are to be used to avoid the possibility of teratogenic effects of the drugs. The commonly used drugs in such cases are phenothiazines (e.g. chlorpromazine, prochlorperazine, and promazine). Pyridoxine, one of the B-complex vitamins is also used in various combinations. Drowsiness, dry mouth, and related side effects are due to the anticholinergic and antihistaminic nature of these drugs.

Classification of Antiemetics:  These agents are classified based on their mechanism of action.

(i) CNS – depressants:  These agents depress the vomiting centers present in the medulla by a non-specific mechanism. Examples include barbiturates, bromides, chloral hydrate, etc.

(ii) Anticholinergic Agents:  These drugs relax the spasm of gastrointestinal muscles. They also act centrally to give an antiemetic effect by inhibiting cholinergic transmission. Examples include atropine and hyoscine. Side effects associated with the use of these agents include dry mouth, blurred vision, and giddiness which are mainly due to anticholinergic activity.

(iii) Antihistaminic Agents:  Histamine causes the contractions of smooth muscles of GIT. It also acts as a central neurotransmitter. Thus, antihistaminics act by both, relaxing the smooth muscles and also acting centrally to depress vomiting centers. Examples include dimenhydrinate, buclizine,  cyclizine, meclozine, and promethazine. The selective activity of these drugs contributes further to their antiemetic activity. Some of these agents also possess anticholinergic action.

All agents from this class are H1-receptor blockers. Dimenhydrinate is a combination of  diphenhydramine and 8-chlorotheophylline in equal molar proportions. It retains significant antimuscarinic and sedation properties. The adult oral dose is about 25 – 50 mg per day.

(iv) Drugs Forming a Protective Covering over the Gastric Mucosa:  Examples include bismuth compounds, kaolin, etc. It has only a prophylactic use.

(v) Miscellaneous Agents:  Diazepam and diphenidol are vestibular depressants and can be used in the treatment of physiologically induced vomiting. Other miscellaneous agents include ipecacuanha preparation, pyridoxine, calomel, and menthol.

(b) Metoclopramide: It is an antiemetic agent but it can also be used in the treatment of peptic ulcer. It is a cholinergic agonist which also has dopaminergic blocking action. It is used as an antiemetic agent in cancer chemotherapy (initially 2 mg/kg dose). It acts centrally to depress vomiting centers and also promotes emptying of the stomach.  Since metoclopramide also antagonizes the 5-HT3 receptor, similar antagonists like granisetron and ondansetron were developed as antiemetic drugs.

(d) Benzaquinamide: It is a short-acting drug to prevent postoperative vomiting.

(e) Tetrahydrocannabinol: (l – ∆9 – THC): It is a psychoactive substance isolated from the flowering heads of the hemp plant, Cannabis sativa. Though it is orally absorbed, it undergoes extensive first-pass metabolism. It has a biphasic plasma half-life. The initial half-life is 10 – 20 minutes while the terminal half-life is 30 hours. Principal metabolites include 11 –  hydroxy – ∆9 – THC (active) and 11 – nor – ∆9 THC – 9 – carboxylic acid (inactive). They are excreted in urine as well as in feces.

Adverse effects include dry mouth, dizziness, somnolence, confusion, hallucination,  dysphoria, euphoria, depersonalization, conjunctivitis, hypotension, tachycardia, tolerance, and addiction. It is used as an antiemetic agent to control nausea and vomiting induced by cancer chemotherapeutic agents. It may be given orally or by smoke.