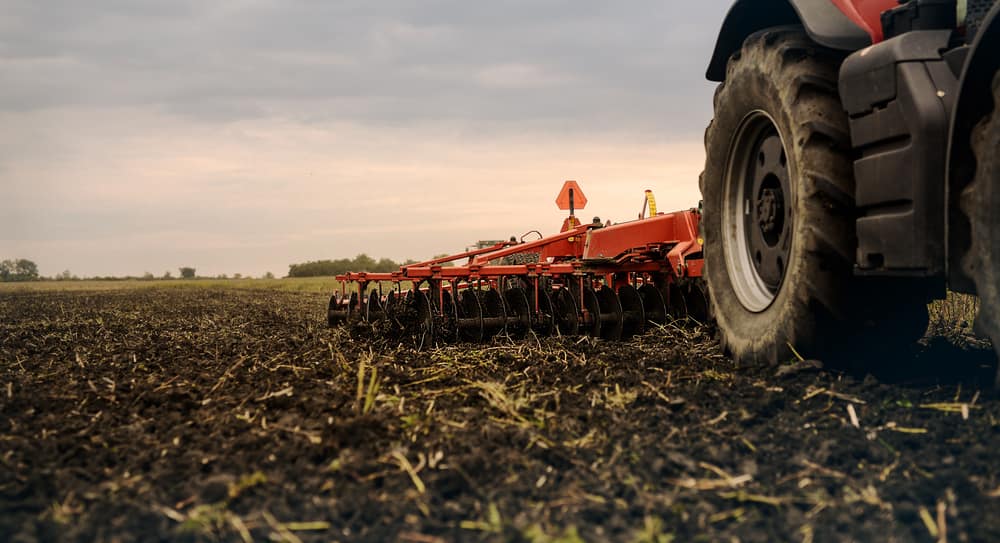 Factors Affecting Cultivation: Cultivation of medicinal plants offer a wide range of advantages over the plants obtained from wild sources. There are a few factors to concern that have a real effect on plant growth and development, nature, and quantity of secondary metabolites. The factors affecting cultivation are altitude, temperature, rainfall, length of the day, daylight, soil and soil fertility, fertilizers, and pests. The effects of these factors have been studied by growing particular plants in different environmental conditions and observing variations. For example, a plant that is subjected to a particular environment may develop as a small plant which, when analyzed shows a high proportion of metabolite than the plants attained the required growth. Nutrients can enhance the production of secondary metabolites, at the same time they may reduce the metabolites as well.

Altitude is a very important factor in the cultivation of medicinal plants. Tea, cinchona, and eucalyptus are cultivated favorably at an altitude of 1,000–2,000 meters. Cinnamon and cardamom are grown at a height of 500–1000 meters, while senna can be cultivated at sea level. The following are the examples of medicinal and aromatic plants indicating the altitude for their successful cultivation (Table.1).

Temperature is a crucial factor controlling the growth, metabolism, and thereby yield of secondary metabolites of plants. Even though each species has become adapted to its natural environment, it can exist in a considerable range of temperatures. Many plants will grow better in temperate regions during summer, but they lack resistance to withstand frost in winter.

For the proper development of the plant, rainfall is required in proper measurements. Xerophytic plants like aloes do not require irrigation or rainfall. The effects of rainfall on plants must be considered about the annual rainfall throughout the year with the water-holding properties of the soil. Variable results have been reported for the production of constituents under different conditions of rainfall. Excessive rainfall could cause a reduction in the secondary metabolites due to the leaching of water-soluble substances from the plants.

The developments of plants vary much in both the amount and intensity of the light they require. The wild-grown plants would meet the required conditions and so they grow but during cultivation, we have to fulfill the requirements of plants. The daylight was found to increase the number of alkaloids in belladonna, stramonium, cinchona, etc. Even the type of radiation affects the development and metabolites of plants.

Every plant species have its soil and nutritive requirements. The three important basic characteristics of soils are their physical, chemical, and microbiological properties. Soil provides mechanical support, water, and essential foods for the development of plants. Soil consists of air, water, mineral matters, and organic matters. Variations in particle size result in different soils ranging from clay, sand, and gravel. Particle size influences the water holding capacity of the soil. The type and amount of minerals play a vital role in plant cultivation. Calcium favors the growth of certain plants whereas with some plants it does not produce any effects. The plants can determine their soil pH range for their growth; microbes should be taken into consideration which grows well in certain pH. Nitrogen-containing soil has great momentum in raising the production of alkaloids in some plants.

Depending upon the size of the mineral matter, the following names are given to the soil (Table.3).

Table.3: Type of soil based on particle size

Depending upon the percentage covered by clay, soils are classified as under (Table.4.).

Table.4: Type of soil on the basis of percentage covered by clay

Soil can provide nutrients in adequate amounts and balanced proportion to plants. If cropping is done without fortification of soil with plant nutrients, soil fertility gets lost. It is also diminished through leaching and erosion. Soil fertility can be maintained by the addition of animal manures, nitrogen-fixing bacteria, or by the application of chemical fertilizers. The latter is time-saving and surest of all the above techniques.

The plant also needs food for its growth and development. What plants need basically for their growth are carbon dioxide, sun-rays, water, and mineral matter from the soil. Thus, it is seen that with a limited number of chemical elements, plants build up fruits, grains, fibers, etc., and synthesize fixed and volatile oils, glycosides, alkaloids, sugar, and many more chemicals.

(a) Chemical fertilizers: Animals need vitamins, plants need sixteen nutrient elements for synthesizing various compounds. Some of them are known as primary nutrients like nitrogen, phosphorus, and potassium. Magnesium, calcium, and sulfur are required in small quantities and hence, they are known as secondary nutrients. Trace elements like copper, manganese, iron, boron, molybdenum, zinc are also necessary for plant growth are known as micronutrients. Carbon, hydrogen, oxygen, and chlorine are provided from water and air. Every element has to perform some specific function in the growth and development of plants. Its deficiency is also characterized by certain symptoms.

(c) Biofertilizers: Inadequate supply, high costs and undesirable effects if used successively are the demerits of fertilizers or manures and hence the cultivator has to opt for some other type of fertilizer. Biofertilizers are the most suitable forms that can be tried. These consist of different types of microorganisms or lower organisms which fix the atmospheric nitrogen in soil and plant can use them for their day-to-day use. Thus they are symbiotic. Rhizobium, Azotobactor, Azosperillium, Bijericcia, Blue-green algae, Azolla, etc. are examples of biofertilizers.

Pests are undesired plant or animal species that cause great damage to the plants. There are different types of pests; they are microbes, insects, non-insect pests, and weeds.

They include fungi, bacteria, and viruses. Armillaria Root Rot (Oak Root Fungus) is a disease caused by fungi Armillaria mellea (Marasmiaceae) and in this, the infected plant becomes nonproductive and very frequently dies within two to four years. Plants develop weak, shorter shoots as they are infected by the pathogen. Dark, root-like structures (rhizomorphs), grow into the soil after symptoms develop on plants. The fungus is favored by continually damp soil. Powdery mildew is another disease caused by the fungus Uncinula necato on leaves, where chlorotic spots appear on the upper surface of the leaf. On fruit, the pathogen appears as white, powdery masses that may colonize the entire berry surface. Summer Bunch Rot is a disease in which masses of black, brown, or green spores develop on the surface of infected berries caused by a variety of microbes like Aspergillus niger, Alternaria tennis, Botrytis cinerea, Cladosporium herbarum, Rhizopus arrhizus, Penicillium sp., and others.

Crown gall disease is caused by Agrobacterium tumefaciens (Rblzobiaceae). Galls may be produced on canes, trunks, roots, and cordons and may grow to several inches in diameter. Internally galls are soft and have the appearance of disorganized tissue. The pathogen can be transmitted by any agent that contacts the contaminated material. Galls commonly develop where plants have been injured during cultivation or pruning. Xylella fastidiosa is a bacterium that causes Pierce’s Disease, these leaves become slightly yellow or red along margins, and eventually leaf margins dry or die.

Controlling techniques: Chemical fumigation of the soil, fungicide, bactericide, pruning, proper water and fertilizer management, good sanitation, heat treatment of planting stock, cut and remove the infected parts, genetically manipulating the plants for producing plants to resist fungi and bacteria are practices that are used to prevent or minimize the effects produced by microbes.

Branch and Twig Borer (Melalgus confertus) burrow into the canes through the base of the bud or into the crotch formed by the shoot and spur. Feeding is often deep enough to completely conceal the adult in the hole. When shoots reach a length of 10–12 inches, a strong wind can cause the infected parts to twist and break. The click beetle (Limonius canus) can feed on buds. Cutworms (Peridroma saucia) (Amathes c-nigrum) (Orthndes rufula) injure the buds and so the buds may not develop. Leafhoppers (Erythroneura elegantuhi) (Erythronium variabilis) remove the contents of leaf cells, leaving behind empty cells that appear as pale yellow spots.

Controlling techniques: Tilling the soil will also affect the nesting sites of ants and help to reduce their populations, collection and destruction of eggs, larvae, pupae, and adults of insects, trapping the insects, insecticides, creating a situation to compete among males for mating with females, cutworms can be prevented by natural enemies like predaceous or parasitic insects, mammals, parasitic nematodes, pathogens, birds, and reptiles.

They are divided into vertebrates and invertebrates. Vertebrates that disrupt the plants are monkeys, rats, birds, squirrels, etc. Non-vertebrates are, Web spinning Spider Mites (Tetranychuspacificus) (Eotetranychus Willamette) (Tetranychus urticae) that cause discoloration in leaves and yellow spots. Nematodes (Meloidogyne incognita) (Xiphinema americanutri) (Criconemella xenoplax) produce giant cell formation, disturb the uptake of nutrients and water, and interfere with plant growth, crabs, snails are the other few invertebrates that causes trouble to the plant.

Weeds reduce the growth and yields of plants by competing for water, nutrients, and sunlight. Weed control enhances the establishment of new plants and improves the growth and yield of established plants. The skilled persons have many weed management tools available to achieve these objectives; however, the methods of using these tools vary from year to year and from place to place.

Soil characteristics are important to weed management. Soil texture and organic matter influence the weed species that are present, the number and timing of cultivations required, and the activity of herbicides. Annual species, such as puncturevine, crabgrass, horseweed, and Panicum spp., or perennials like johnsongrass, nutsedge, and bermudagrass are more prevalent on light-textured soil while perennials such as curly dock, field bindweed, and dallisgrass are more common on heavier-textured soils. Less preemergent herbicide is required for weed control on sandy, light soils, but residual control may be shorter than on clay or clay loam soils. Use low rates of herbicide on sandy soils or those low in organic matter. Clay soils are slower to dry for effective cultivation than sandy loam soils; thus, more frequent cultivation is practiced on lighter soils than heavy soils.

A few common weeds are, Bermudagrass, It is a vigorous spring- and summer-growing perennial. It grows from seed but its extensive system of rhizomes and stolons can also be spread during cultivation, Dallisgrass is a common perennial weed that can be highly competitive in newly planted plants; in established plants area it competes for soil moisture and nutrients. Dallisgrass seedlings germinate in spring and summer and form new plants on short rhizomes that developed from the original root system. The other weeds are pigweeds Amaranthus spp. pineapple-weed Chamomilla suaveolens, nightshades Solanum spp., etc.

Other Factors that Affect the Cultivated Plants

Chemical discharges into the atmosphere have increased dramatically during this century, but the total effect on plants is virtually unknown. It has been demonstrated that air pollutants can cause mortality and losses in the growth of plants. Nearly all species of deciduous and coniferous trees are sensitive to some pollutants. There are many chemicals released into the atmosphere singly and as compounds. In addition, other compounds are synthesized in the atmosphere. Some chemicals can be identified through leaf tissue analysis and by analyzing the air. Generally, pollution injury first appears as leaf injury. Spots between the veins, leaf margin discoloration, and tip burns are common. These symptoms can also be influenced by host sensitivity, which is affected by genetic characteristics and environmental factors.

Herbicides should be handled very carefully; misapplication of herbicides can often damage nontarget plants. The total extent of such damage remains unclear, but localized, severe damage occurs. Symptoms of herbicide injury are variable due to chemical mode of action, dosage, duration of exposure, plant species, and environmental conditions. Some herbicides cause growth abnormalities such as cupping or twisting of foliage while others cause foliage yellowing or browning, defoliation, or death.