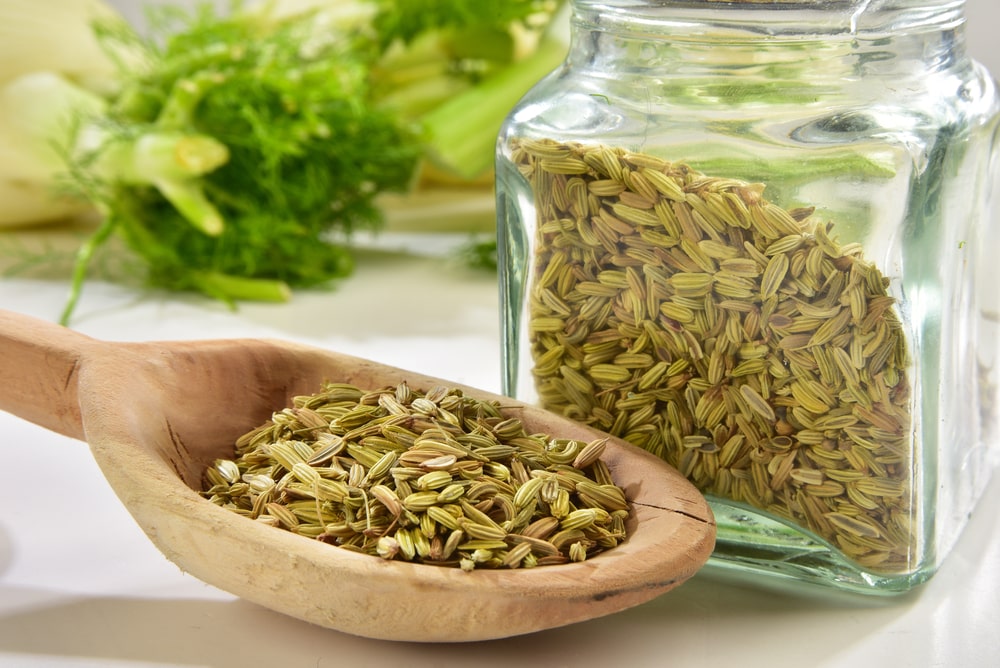 Fennel is a flowering plant species in the carrot family. It is a hardy, perennial herb with yellow flowers and feathery leaves. It is indigenous to the shores of the Mediterranean but has become widely naturalized in many parts of the world, especially on dry soils near the sea coast and on riverbanks.

The cultivation is mainly done by the dibbling method. The good quality fruits are sown in just before the spring season. Four or five seeds are put into holes by keeping a distance of 25 cm in between two holes. The specific arrangement of leaves (umbel inflorescence) and free branching of herb require enough space between two plants and rows. The seeds are sown in well-drained calcareous soil on sunny days. The crop should be provided with suitable fertilizers. The crop is kept free from weeds by the use of weedicide. When the crop ripens, it is harvested and sun-dried. After drying, the fruits are separated by thrashing. Gujarat is the only state which supplies nearly 90 percent of fennel demand in the market.

It contains volatile oil (3 to 7 percent), protein (20 percent) and fixed oil. The volatile oil contains nearly 20 percent fenchone (ketone) and phenolic ether anethole (about 50 percent). The other constituents are limonene, phellandrene, anisic aldehyde and methyl chavicol. Fenchone possess an aromatic odour and is a colourless pungent liquid whereas anethole is sweet in taste and smell.

It is used as a carminative, stimulant, flavouring agent, aromatic and expectorant. Traditionally it is used for the symptomatic treatment of gastrointestinal disturbances such as epigastric bloating, impaired digestion, eructations, flatulence and as an adjuctive treatment of the painful components of functional dyspepsia. Fennel roots are used to enhance urinary and digestive elimination functions and also enhance the renal excretion of water.

It is generally adulterated with exhausted fennel fruits. The exhausted fruits contain less percentage of volatile oil. The oil is removed by treating with alcohol which develops a characteristic odour of fusel oil. The fruits can also be exhausted by the steam treatment. They become darker greenish-brown in colour and contain traces of volatile oil. They sink in water.