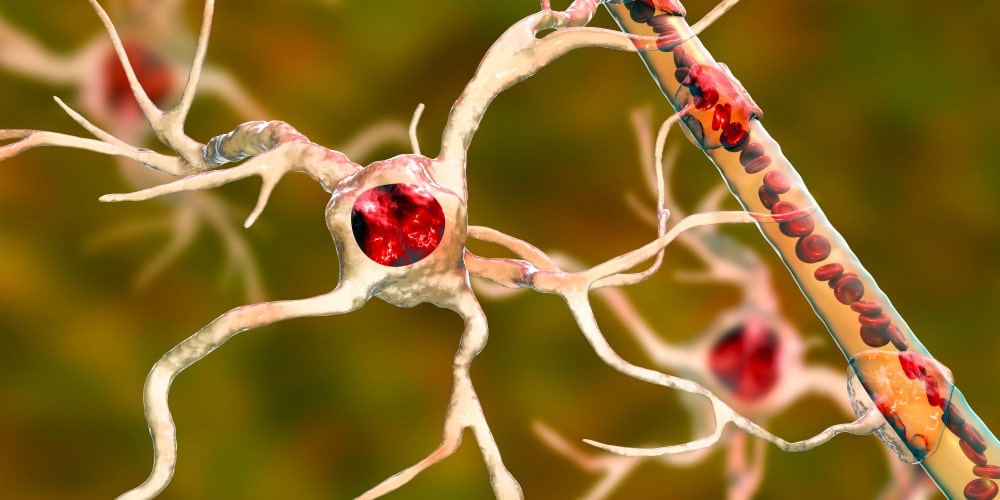 Free Radicals In Brain Metabolism And Pathology: Reactive oxygen metabolites (ROM), it is superoxide, and hydroxyl free radicals and hydrogen peroxide. These are produced as a consequence of the physiological metabolic reactions and functioning of the central nervous system. ROM has also been concerned with the etiopathogenic processes of several pathological conditions of the brain. Primarily indirect, the participation of free radical oxidative interactions in promoting tissue injury in like conditions like brain trauma, ischaemia, and toxicity, and in neurodegenerative diseases such as Parkinson’s disease. Alzheimer’s dementia, multiple sclerosis, and lipofuscinosis, it is growing.

Parkinson’s disease is characterised by the choosy and progressive destruction of the nigrostriatal dopaminergic neurones. Evidence for the role of ROM in mediating this neuronal loss is mounting. Oxidative metabolism of dopamine is associated with the generation of hydrogen peroxide and the formation of the neurotoxin 6-hydroxydopamine. The findings of decreased concentrations of the antioxidant GSH in the substantianigra compared to other brain areas, and the decrease of nigralGSH levels in Parkinson’s disease provided primary clues to the possible pathogenic role of ROM. The following discovery of increased nigral iron in Parkinsonian brains, and its supposed pathogenic role in causing lipid peroxidative tissue damage by the development of hydroxyl radicals, added additional movement to the idea of ROM-mediated injury. In addition, the finding that the CuZnSOD gene is preferentially expressed in the substantianigra suggests that the region is especially prone to oxidative stress. Manganese and N-methyl-4-phenyl-1, 2, 3, 6-tetrahydropyridine (MPTP) a redox chemical substance that is similar to the herbicide paraquat, induce a Parkinson-like syndrome via ROM interactions,

Traumatic and ischaemic injury to the central nervous system is both related to free radical-mediated pathological damage. Traumatic harm to the brain results not only in the primary destruction of tissue but also, as the outcome of a cascade of cellular and biochemical pathophysiological reactions linked with the generation of ROM, leads to additional secondary tissue damage.

An early consequence of microvascular harm is the activation of phospholipase C, the production of arachidonate, and the creation of superoxide radicals during the arachidonate synthase conversion to prostaglandins with accompanying oedema. The free radical formation has also been shown in vitro to increase the production of excitatory amino acids, with an associated cooperative neurotoxic effect on hippocampal tissues.

In-during an ischaemic episode, the lack of oxygen supply can consequence the leakage of free radicals from the normal mitochondrial electron transport chain. However, ROM-mediated damage to the brain is not restricted solely to the ischaemic period but also occurs throughout the subsequent restitution of blood flow. Sources of reperfusion-associated ROM include the monovalent decrease of oxygen by semiquinone, the influx of activated neutrophils, and the oxidation of xanthine as a result of the conversion of xanthine dehydrogenase to xanthine oxidase Ischaemic studies in gerbils of differing ages that have shown an enhanced susceptibility to oxidative damage with increasing age.

Role Of Free Radicals In Kidney And Muscle Damage

Free Radicals Involvement In Other Disorders

The process of ageing may be defined as a progressive rejection of the physiological functions of an organism after the reproductive phase of life. Ageing affects mainly the body functions such as loss of hearing, loss of body fats under the skin, reduction in the amount of body water, lethargic liver and kidney functions, GI problems, loss of muscle strength, the decline in sex hormones and sexual function, reduced sensation and taste, changes in cardiovascular and respiratory systems, decreased oxygen and nutrient supply to the body, decrease in bone strength and density, reduced. visual abilities with or without macular degeneration decreased neural function, memory and learning etc.

It is not required that such effects of ageing are observed in every case to the same extent, yet, by and large, the deterioration in sensory functions and resistance to infection, recovery from injuries and inflammation are always affected. One of the favoured theories as the cause of ageing is the Free Radical Damage Theory. The free radicals cause harm to the macromolecular components of the cell, giving rise to accumulated damage to cells finally organs to slow/stop function (1). Telomere shortening is affected by oxidative damage. Since stress accelerates the oxidative damage during free radicals, it might lead to accelerated ageing. A variety of rejuvenating Rasayana in the Ayurvedic system of Indian medicine deal with prevention, amelioration and cure of geriatric ailments by growing overall body immunity fighting infections, inactivating antigens and preventing carcinogenic mutations. Triphala is a precise polyherbal preparation, consisting of equal amounts of fruits of three plants, that is Terminalia chebula Retz. Terminalia bellirica Roxb and Emblica officinalis Gaertn, in fine powder form, it has both anti-oxidative and anti-inflammatory properties. It has been particularly mentioned in traditional Ayurvedic texts for its beneficial effects in geriatric diseases.