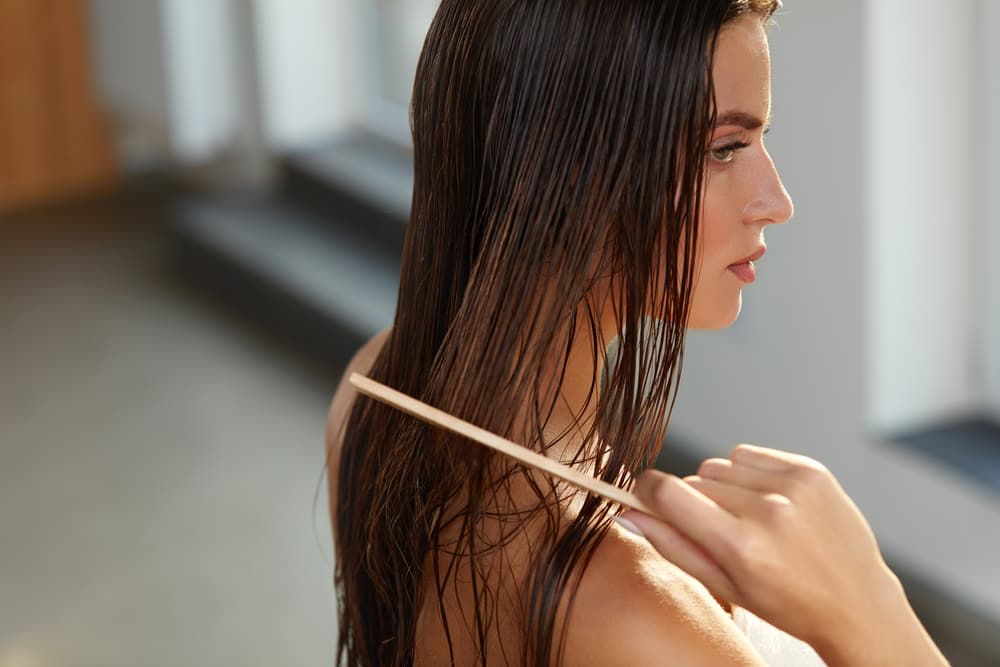 Hair Combing Properties: Combability may be defined as the subjective perception of the easy or difficult way for combing the hair. It is directly related to the forces which are opposite to the action of combing the hair. This is an important attribute in the evaluation of hair conditioning. For the consumer, a better combability reflects better hair conditioning. Other factors related to combability involve malleability and mechanical damages – which may occur when we normally comb the hair, and they are worsened when we detangle it.

Hair fiber is composed of three main structures: cuticle, cortex, and medulla. The cuticle covers the hair thread from the scalp to the end as an overlapping layer and it is the most important component of the human hair, since it may be more or less affected by cosmetic treatments. On the cuticle, cosmetic products, such as conditioners, hair sprays, mousses, and gels are deposited. Dyers, straightening, and curling products also spread themselves through the cuticle to expand their effects by the hair fiber. There are approximately 8 to 11 layers of the cuticle, which are overlapped in the distal direction of the thread, depending on the type, condition, and length of the hair. Each layer is formed by only one cell. Each cell of the cuticle has a rectangular shape and they overlap in such a way, that only 1/6 of them are exposed (Fig.1).

The cuticle surface has high friction coefficient due to its scale shape and it depends on the cuticle geometry and the physical-chemical status of the hair. The continuous attrition of a thread over another one damages the cuticle. From the roots to the extremities the friction coefficient differs in the dry and wet hair thread, and combing is enough to damage the hair. Several factors influence the friction, such as:

When a comb slides over the hair, the surface electric load is generated by both friction and high electric resistance of the hair, which makes handling difficult. The static load dispersion is a function of fibers conductivity or electric resistance. Quaternary ammonium salts of long-chain increase conductivity on the thread surface and reduce friction. The load potential depends on some factors:

The hair, when considered as a physical body, is a very resistant fiber. The rupture load of a healthy hair thread ranges from 50 to 100 g. The relative value is directly proportional to the thread length. To perform this, assay a dynamometer is used – this is equipment frequently used for evaluating hair rupture tension, elasticity, combability, and detangling.  The device exerts tension on the hair thread and measures the needed force versus elongation. The hair lock is tied with support, and then two combs pass through it as well as the needed force for this action.

This analysis is very close to sensorial perception. The piezoelectric principle is based on the deformation of a crystal by mechanical action. When this occurs, a load displacement is induced creating a voltage signal. In hair, it is possible applying this technique to the tactile perceptions of hair properties, as: conditioning, cleanliness, and surface roughness. During the evaluation, the sensor is placed on a mechanical arm that touches the hair lock, and afterward, it is released. This is repeated several times. Results are expressed as voltage arbitrary values.