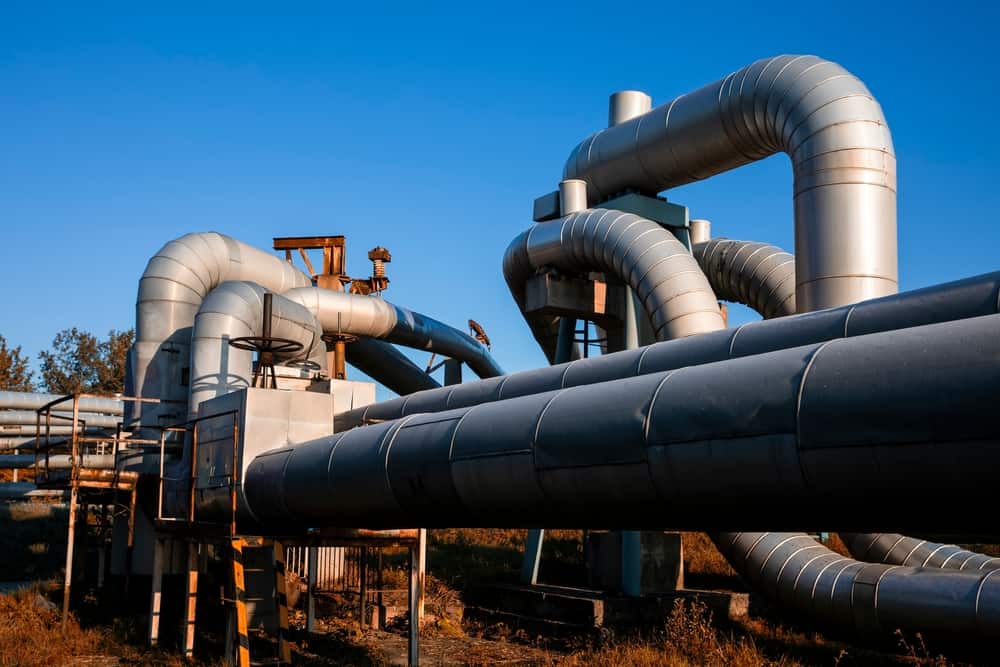 Heat Interchangers: Most of the chemical and pharmaceutical industries use a variety of heat transfer equipments. The materials to be heated may be liquids, gases, or solids. The heating media is a hot fluid or condensed steam. In pharmacy, operations involved in heat transfer include preparation of starch paste for granulation, crystallization, evaporation, distillation, etc.

Baffles are circular discs of metal with one side cutaway. These discs are perforated through which tubes are fitted. To avoid or at least minimize the leakage, the clearance is kept small between the baffles, shell, and tubes. The baffles are supported on metal rods and are fastened between the tube sheets by set-screws. Baffles are used to create turbulence in the shell side fluid by changing the flow pattern parallel or cross-flow to the tube bundles and thus increase the shell side heat transfer coefficient. It also has a function to support the tube all along its length otherwise the tube may bend. Moreover, these baffles may have horizontal or vertical cuts (segmental baffle) as shown in Fig.1.

The liquid-to-liquid heat interchanger is a piece of single-pass equipment wherein the fluid to be heated is passed only once through the tubes before it gets discharged. Thus, the heat transfer, in this case, is not efficient. The basic construction includes a few modifications and its working remains approximately the same.

The construction of a liquid-to-liquid heat interchanger is shown in Fig.2. It consists of baffles, tube sheets, spacer rods, and tubes. The most important parts of any heat interchanger are the baffles. The appropriate size of tube sheets is used for the fabrication. Guide rods are fixed to the tube sheets and tightened using screws. As mentioned before baffles are placed at the right places with the support of guide rods. The baffles are separated with proper spacing using short sections of the same tubing. Tubes are inserted through the perforations in baffles whereas the ends of tubes are expanded into the tube sheets. This whole assembly is enclosed in a shell for introducing the heating fluid. The outlet for the heating fluid is at top of one end of the interchanger. On both sides of the tubes, distribution chambers are provided. At the top of the left-side chamber, an inlet for fluid to be heated is provided. The outlet for the heated fluid is provided near the right-side distribution chamber.

The hot fluid (heating medium) is pumped from the left-side top of the shell. The fluid flows outside the tubes and moves down directly to the bottom. Then, it changes the direction and rises again. This process is continued till it leaves the heater. Baffles increase the velocity of the liquid outside the tubes. Baffles also allow the fluid to flow more or less at right angles to the tube, which creates more turbulence. This helps in reducing the resistance to heat transfer outside the tubes. Baffles lengthen the path and decrease the cross-section of the path of the cold fluid. The baffles get heated and provide a greater surface area for heat transfer. Simultaneously, during the flow, the tubes also get heated. As a result, the film coefficient inside the tube also increases. The liquid to be heated is pumped through the inlet provided on the left-side distribution chamber. The liquid passes through the tubes and gets heated. The flow of liquid is single-pass. The heated liquid is collected from the right-hand side distribution chamber.

In a liquid-to-liquid interchanger, heat transfer is rapid as the liquid.

Double pipe heat interchangers are efficient equipments for heat transfer as they have few pipes (tubes) per pass.

The double-pipe heat interchanger uses two pipes arranged as one inserted into the other, Fig.3. The inner pipe is used for the pumping of cold fluid to be heated whereas the outer acts as a jacket for the circulation of the hot fluid. The components of this interchanger are inter-connected within the shell. As mentioned earlier the number of pipe sections is limited and in addition, the length of the pipe is also less. The glass tube, standard iron pipe, and graphite materials are used for construction. The metal pipes are assembled with return bends. Few pipes are connected in parallel and stacked vertically and may have longitudinal fins on their outer surface. Outer pipe size varies from 2 to 14 inch with inner tubes varying from 0.75 to 2 inches in size. Some have longitudinal fins on the outside of the inner tube. Counter-current flow in these interchangers is advantageous when very close temperature approaches are required.

The heating medium (hot liquid) is pumped into the outer jacket and is circulated through the annular spaces between them and carried from one part to the next part and finally, it leaves the jacket at the bottom on the right side. During the movement of fluid, the pipes get heated and thus hot fluid loses its temperature. The fluid to be heated is pumped into the inner tube through the inlet provided on the right side. The liquid gets heated up and flows through the bent tubes into the part of the pipe. The liquid further gets heated during flow and finally discharges through the exits point on the left side.

In some of the heat interchangers the drag forces due to the flow of viscous liquid a quite thick viscous sub-layer or due to turbulent conditions in the core, liquid exhibits no pressure loss with excessive pumping costs. This problem is solved by physically removing the layers of fluid at the heat transfer surfaces and mixing them with the bulk fluid in the heat exchanger. In this way, if the fluid is being heated, heat is conveyed directly from the wall to the bulk liquid. The technique is particularly attractive for heat-sensitive liquids used in pharmaceutical products because it has a low interface temperature between the liquid and heat transfer surface for a given overall temperature driving force.

These types of exchanges have a rotating element with spring-loaded scraper blades, Fig.4, to scrape the inner heating surface to effectively remove liquid from it. The blades move against the heat transfer surface under the influence of the rotational forces. Simultaneously, as liquid layers are removed any fouling substance deposited on the surface is also removed. This ensures no contamination of the processed liquid with no change in product qualities. The number of scraper blades may vary but as the number of blades is increased the capital cost rises. A large number of blades are not necessary, since the time interval between successive scrapes is relatively short. The choice of the number of blades is an empirically based compromise between capital cost, acceptable speed of rotation, and liquid viscosity. Rotating parts in these exchangers makes the maintenance costlier.

In a heat exchanger, while heating the air outside the tubes with steam inside the tubes, the steam side coefficient will be very high and the air-side coefficient will be extremely low. While heat transfer, as the overall coefficient approximates that of the lower side (the air-side coefficient), the only remedy to increase q is to increase the area term on the air-side without putting more tubes in the heater. As we know, metals generally have high thermal conductivity, the temperature of the metal surface rapidly approximates that of steam. If metal fins are attached on the outside of the tubes such that there is good contact between the surface of the tube and the base of the fin, heat transfer surface area is increased. A wide variety of fins are used as shown in Fig.5. Rectangular discs of metal may be pressed onto the tube at right angles to them. Spiral fins may be attached to the tubes. Transverse and longitudinal fins are other forms. The use of finned tubes greatly reduces the size of the apparatus. In cases where the heat transfer coefficients on the two sides are close, the question of where fins are to be attached is entirely one of economics in design. There are certain cases where fins are used on the inner as well as on the outside of the tubes.

In these exchanges, the media can be heated, cooled or condensed, in a closed space. Plate-type heat exchangers can be used for different applications and in a variety of designs. Several forms of plate heat exchangers are available. These essentially consist of standard plates which serve as heat transfer surfaces, Fig.6. Plates are provided with grooves for rubber gaskets. Several such plates are supported on a frame and assembled in such a way that the plates can be separated individually for cleaning or replacing. A corrugated plate design is also used to impart rigidity to the plate. In place of a pipe passing through a chamber, there are instead two alternating chambers, usually thin in-depth, separated at their largest surface by a corrugated metal plate. The plates used in a plate and frame heat exchanger are obtained by the one-piece pressing of metal plates. Stainless steel is a commonly used metal for plates due to its ability to withstand high temperatures, its strength, and its corrosion resistance.