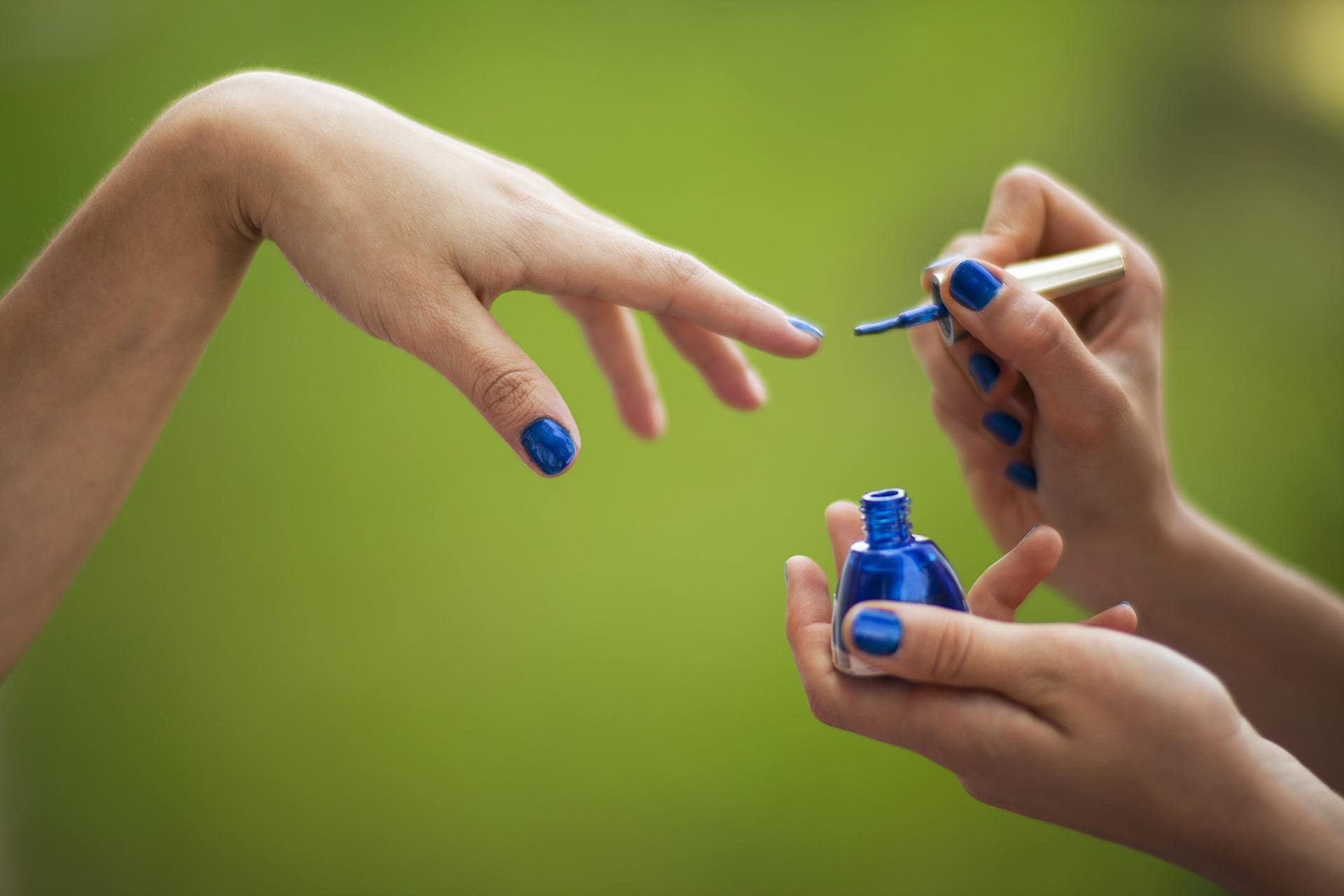 Formulation Consideration: Nail lacquer is viscous preparation intended to decorate the nails of fingers and toes.

Nitrocellulose: Film former is chosen as it adheres well to the nail surface and imparts excellent gloss. The ratio of nitrocellulose to resin = 2: 1, which gives the hard, tough and abrasion-resistant film to the nails. The film formed is waterproof and stable in normal atmospheric conditions.

Diluents: These stabilize the viscosity of the preparation, dissolve the resin and also reduce the cost of the product. E.g. Toluene, xylene.

Active Solvent: These dissolve nitrocellulose and can be categorized based on boiling point

They are too volatile to be used but these low boiling solvents and medium boiling solvents give mobility and increase spreadability. High boiling ones are vicious and give body to lacquer.

Resin Colophony: Helps reduce nitrocellulose’s tendency to shrink and improve the hardness and gloss of the film.

Pigments: Water-insoluble pigments are used to prevent staining and de-colourization of nails.

Plasticizers: Improves the flexibility of the film. E.g. Dibutylphtalate (20-50% of the nitrocellulose). Castor oil acts as a non-solvent plasticizer and is used to make colour dispersion/blend.

Label: For external use only.  Storage: Store in a cool place away from direct sunlight.

Packaging: Packed in a suitable container with a cap carrying a brush to apply the nail lacquer.

Use: To decorate and protecting the nail plates also gives elegance and strength to the nails.  Directions: Shake well before use. Take the appropriate amount and apply it to nails with a brush.

1. Determination of Drying Time: (Limit 6 minutes.): Apply material on the nail of the thumb with the help of a nail polish brush in a usual manner. Start stopwatch. Touch the film with the finger at a frequent time interval. When the film becomes dry on touch stop the watch and note the time. The time recorded is taken as drying time. The test shall be conducted away from direct air.

2. Adhesion Test: Take one drop of preparation and spread it as a film of 1 × 2.5 cm area on a glass slide with a nail polish brush. Place the slide in a horizontal position and allow it to dry at room temperature for 24 hrs. After drying place pressure-sensitive cellophane tapes on the film to cover the entire film. Pull the tape immediately. Material taken shall pass the test if not more than 10% film is peeled off.

3. Blush Test: Pour the nail polish on the slide and allow it to spread into a uniform film. Drain the excess and dry plate over 24 hrs. at ambient conditions. Fill a beaker to half a fixed level with ordinary tap water. Dip the plate in water in the beaker such that half the coating is in water and the remaining portion is above the water. Let it stand for 4 hrs. Remove the plate and dry it with tissue paper. Allow it to further dry in ambient condition for 4 hrs. Check for blush. If the film tends to absorb water it will show a tendency to swell and come out easily. The material can be taken to have passed if it has no or slight whitishness. The film should not show any blistering or peeling off.