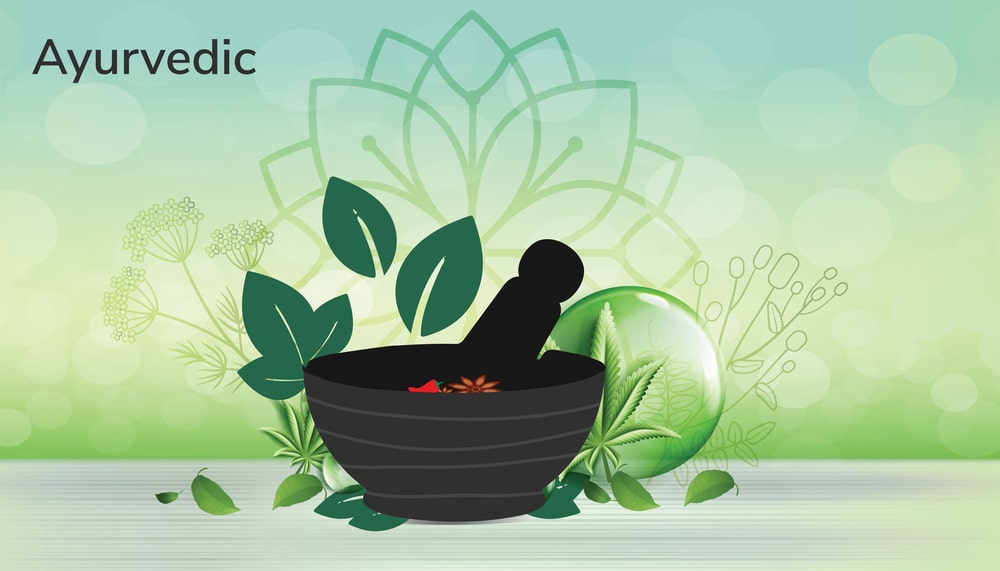 In India, the Ayurvedic system of medicine developed an extensive use of medicines from plants dating from at least 1000 B.C. Western medicine continues to show the influence of ancient practices. For example, cardiac glycosides from Digitalis purpurea, morphine from Papaver somniferum, reserpine from Rauwolfia species, and quinine from Cinchona species and artemisinin, an active antimalarial compound from Artemisia annua, etc., show the influence of traditional medicine in Western medicine.

Ayurveda – The Indian System of Medicine

Ayurvedic system of medicine is accepted as the oldest written medical system that is also supposed to be more effective in certain cases than modern therapies. The origin of Ayurveda has been lost in prehistoric antiquity, but their concepts were nurtured between 2500 and 500 B.C. in India.

Ayurveda is accepted to be the oldest medical system, which came into existence in about 900 B.C. The word Ayurveda means Ayur meaning life and Veda means science. Thus, Ayurveda means the science of life. The Indian Hindu mythology states four Veda written by the Aryans: Rig Veda, Sam Veda, Yajur Veda, and Atharva Veda. The Ayurveda is said to be a Upaveda (part) of Atharva Veda. Charaka Samhita (1900 B.C.) is the first recorded book with the concept of the practice of Ayurveda. This describes 341 plants and plant products used in medicine. Sushruta Samhita (600 B.C.) was the next ayurvedic literature that has a special emphasis on surgery. It described 395 medicinal plants, 57 drugs of animal origin, 4 minerals and metals as therapeutic agents.

According to ancient Indian philosophy, the universe is composed of five basic elements or pancha bhutas: prithvi (earth), jal (water), teja (fire), vayu (air) and akash (space). Everything in the universe, including food and the bodies were derived from these bhutas. A fundamental harmony therefore exists between the macrocosm (the universe) and the microcosm (the individual). The Pancha Bhuta theory and the human body: The human body is in a state of continuous flux or dynamic equilibrium. The pancha bhutas are represented in the human body as the doshas, dhatus and malas.

There are three doshas in the body. They are vata, pitta and kapha. There are direct equivalents for these three doshas, known as tridoshas. However, the factors responsible for movement and sensation in a single cell/whole body are the representatives of vata; it explains the entire biological phenomena that are controlled by the functions of the central and autonomous nervous system. The factors responsible for digestion, metabolism, tissue building, heat production, blood pigmentation, activities of the endocrine glands, and energy are the representatives of pitta. The factors responsible for strengthening the stomach and the joints, providing firmness to the limbs, and refreshing the sense organs are the representatives of kapha. There are some special areas in the body in which each dosha predominates, namely, the chest for kapha, digestive organs for pitta, and the large intestine for vata.

The dhatus are the body constituents and form the basic structure of the body; each one having its functions. The dhatus are seven in number: rasa (food juices), rakta (haemoglobin portion of the blood), mamsa (muscle tissue), medas (fat tissue), asthi (bone tissue), majja (bone marrow) and shukra (semen).

Malas are the by-products of the dhatus, partly used by the body and partly excreted as waste matter after the process of digestion is over. These play a supporting role while they are in the body, and when they are eliminated, their supporting role is finished. The useful elements absorbed by the body are retained as prasad (useful matter), while those excreted are known as malas (waste matter). The chief malas are mutra (urine), shakrit (faeces) and sweda (perspiration). The doshas, dhatus and malas should be in a state of perfect equilibrium for the body to remain healthy. Any imbalance among these constituents results in ill health and disease.

Diagnosis in Ayurveda implies a moment-to-moment monitoring of the interaction between order (health) and disorder (disease). The disease process is a reaction between the bodily humours (doshas) and tissues (dhatus) and is influenced by the environment.

In Ayurveda, before starting the treatment, a person’s constitutional type should be determined. Drugs are prescribed based on the patient’s body type as well as on what disease or disturbance of the doshas they are suffering from. Everything that might affect the patient’s health, including their activities, the time of the day, and the season should be taken into consideration. In other words, patients are looked at as individuals as well as about their environment. Ayurvedic treatment attempts to establish a balance among the bodily humours of vata, pitta, and kapha, as well as to improve digestion and elimination of ama (undigested food).

Ayurvedic therapy often begins with shodhana (cleansing) in which toxins, emotional or physical, are eliminated or neutralized. Once shodhana is completed, shamana (palliative treatment) is used to reduce the intensity of the disease and balance the disordered doshas. Finally, rasayana (rejuvenation therapy) is used to maintain health and reduce the negative effects of the disease.

In Ayurveda, vegetable, animal, mineral substances, or metals could be used for their healing effects. The metals mentioned as drugs were gold, silver, copper, lead, tin, and iron. Along with these substances elements from the earth, like arsenic, antimony, sand, and lime, were also used. Earlier, 600 medicinal plants were recorded in Ayurveda, and it has increased to more than 1200 medicinal plants.

Ayurvedic herbs are described and classified according to five major properties: rasa (taste), guna (physicochemical properties), veerya (potency), vipaka (postdigestive effect), and prabhava (unique effect of the drug). As the digestive process begins, the food or drug is acted upon by the agnis (various digestive juices) and enzymes.

Rasa is divided into six major types: madhura (sweet), amla (sour), lavana (salty), katu (pungent), tikta (bitter), and kashaya (astringent). Each taste is made up of a combination of two of the five basic elements (earth, water, fire, air, and ether). Each taste has their own effects on the three bodily doshas (vata, pitta and kapha).

Guna represents the physical aspects of a medicinal sub-stance. There are five major classes of guna, and each class corresponds to one of the major elements (mahabhutas): unctuousness corresponds with water; heaviness with earth; keenness and sharpness with fire; dryness with air; and light with ether. Gunas are generally considered in pairs: cold/ hot, wet/dry, soft/hard and stable/unstable, etc.

Vipaka is the quality a substance takes on after it has been acted on by the body (after digestion). The three types of vipaka are madhura (increases kapha), sour (increases pitta), and katu (increases vata). The type of food responsible for madhura, sour, and katu are carbohydrates, proteins and fats, respectively.

Prabhava is the activity or influence of a drug in the body. The drugs may have the same rasa, guna, veerya, and vipaka but the prabhava may be different due to the chemical composition.

Ayurveda maintains that there is a definite relationship between illness and the metaphysical state of an individual. Its approach to medical treatment is to focus on the person rather than the disease.

Tibetan system of medicine which is the mainstay of the majority of Tibetan people not only in India, but in neighbouring countries too was developed out of Ayurveda, or was influenced by it. Researches in traditional medicine have confirmed the efficacy of most of the natural substances used by the practitioners of Ayurveda. The principle, treatment, and philosophy of Ayurveda are one of the best systems that fulfill the needs of human beings. It has so many good prescriptions without many side effects. Thus, Ayurveda formulates the holistic approach of treatment by subjecting the body as a whole giving the least importance to rogabalam. This may be the reason for time-consuming treatment in Ayurveda, but the results last longer.