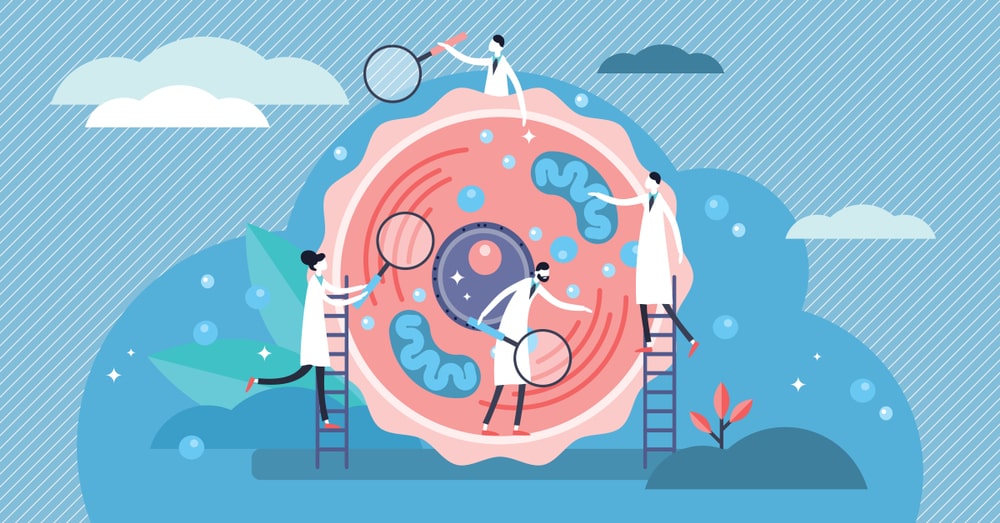 General microbiology is classified into main three branches which are tabulated below.

By Type of Research

(a) Microbial taxonomy: It is the study of naming and classification of microorganisms.

(b) Microbial systematics: It is the study of the diversity and genetic relationship of microorganisms.

Microbial ecology: It is the study of the relationship of microorganisms with one another with their environment.

Microbially mediated nutrient cycling: It is the study of the movement and exchange of organic and inorganic matter back into the production of matter through microorganisms.

Geomicrobiology: It is the interdisciplinary study of the interactions of microorganisms and earth materials such as soil, sediment, atmosphere, minerals, and rocks.

Microbial diversity: It is the study of the number of species and abundance of each species of microorganisms that are distributed in an ecological community.

Bioremediation: It is a process used to treat contaminated media, including water, soil, and subsurface material, by altering environmental conditions to stimulate the growth of microorganisms and degrade the target pollutants.

Aquatic microbiology: It is the study of those microorganisms that are found in water.

Aero microbiology: It is the study of airborne microorganisms.

SCOPE AND IMPORTANCE OF MICROBIOLOGY

In the previous headings, various branches of microbiology were discussed and with the view that it is well understood that microbiology has a wide range of scope. It has an impact on medicine, agriculture, food science, ecology, genetics, biochemistry, immunology, and many other fields. Based on the specific groups of the microorganisms, the specialists are known as bacteriologists (Specialist in Bacteria study), virologists (specialist in virus study), mycologists (specialist in fungi study), and so on. Hence, different branches of microbiology have a different role in the advancement of pharmaceutical sciences where microbiologists are actively involved in a research study (immunology, virology, chemotherapy, genetics, etc.), helps to perform diagnostic tests, develops antibiotics and vaccines, protects the environment and plays an important role in food and beverages industries (Fig).

Some of the recent scopes are highlighted below:

Disease Treatment: Microbes are used to produce Antibiotics like Penicillium notatum (Penicillin); discovered by Alexander Fleming (1928). Bacteria also synthesize vitamins that are needed for our body like E. coli. Vitamin-B and K are needed for metabolism and blood clotting respectively. Recently, gene therapy for the treatment of genetic diseases is the advanced scope of microbiology in the medical field.

Genetic engineering is used for the production of transgenic plants and animals for better production, resistance to environmental fluctuation. Transgenic animals or plants are used as a bioreactor for mass production through molecular farming.

Microbiology is a part of our daily life and plays a vital role in the health care system. The importance of microbiology began with the discovery of antibiotics which prevent serious infections. Thereafter vaccination and better sanitation practices reduced the incidence of infectious diseases and most infectious diseases were under control but some are reappearing because pathogens are showing increasing resistance to antibiotics. Hence, many new diseases are emerging and many harmless organisms are discovered as causative agents for new diseases. Furthermore, interest in bioterrorism has progressed in the past few eras. Bioterrorism is terrorism involving the intentional release or dissemination of any pathogenic microorganisms like bacteria, viruses, or toxins that may be in a natural or a human-modified form. The common examples of bioterrorism are anthrax, smallpox, botulinum toxin, bubonic plague, H1N1, AIDS/HIV, zika and ebolaviruses, etc. Recently, microbiologists have also invented the detection of bioterrorism events at the earliest possible moment through RODS (Real-time Outbreak Disease Surveillance). This process is known as biosurveillance. Biosurveillance is the science of real-time disease outbreak detection. Its principles are applied to both natural and man-made epidemics. A tiny electronic chip has been invented to identify a broad range of toxins. It contains living nerve cells that warn of the presence of bacterial toxins. Another fiber-optic tube that is lined with antibodies coupled to light-emitting molecules identifies specific pathogens like anthrax, botulinum, etc. Recent research invented ultraviolet avalanche photodiodes which detect anthrax and other bioterrorism agents in the air in advance. Vaccines are in the research stage to control and prevent many endemic diseases. Recently, the vaccine has been discovered for the treatment of the dengue virus. India is currently working on vaccines to prevent dengue and by the year 2020, it will be in the Indian market. Recently in 2017, a vaccine has discovered against malaria which is 100% effective. The importance of microbiology in various fields is such as:

Pharmaceutical industry: Pharmacists are discovering various antimicrobial drugs to prevent an escalating number of communicable diseases by understanding the human cell mechanism. They work with microbiologists to ensure that drug therapies target opportunistic microbes without harming their human host. Another important role in pharmaceuticals is the use of medically important studies on microbes, such as Bacteriorhodopsin, a protein from the plasma membrane of Halobacterium salinarum.

Medical devices: Microbiology plays a significant role in medical devices like fluorescent fusion. It is mainly used for the fast and precise detection of pathogens in tissue samples. It is a technology for carrying out immunofluorescence studies that may be applied to find specific cells in complex biological systems. Thereafter ultraviolet avalanche photodiodes are devices that detect anthrax and other bioterrorism agents in the air.

Cosmetic Microbiology: Microbial contamination in cosmetic products is a major concern to the industry. Contamination with microorganisms becomes a major cause of both product and economic losses. Not only that but they are also converted into products hazardous for consumers. The water and nutrients present in cosmetics make them susceptible to microbial growth. More often, microorganisms are the cause of offensive odors and changes in viscosity and color.