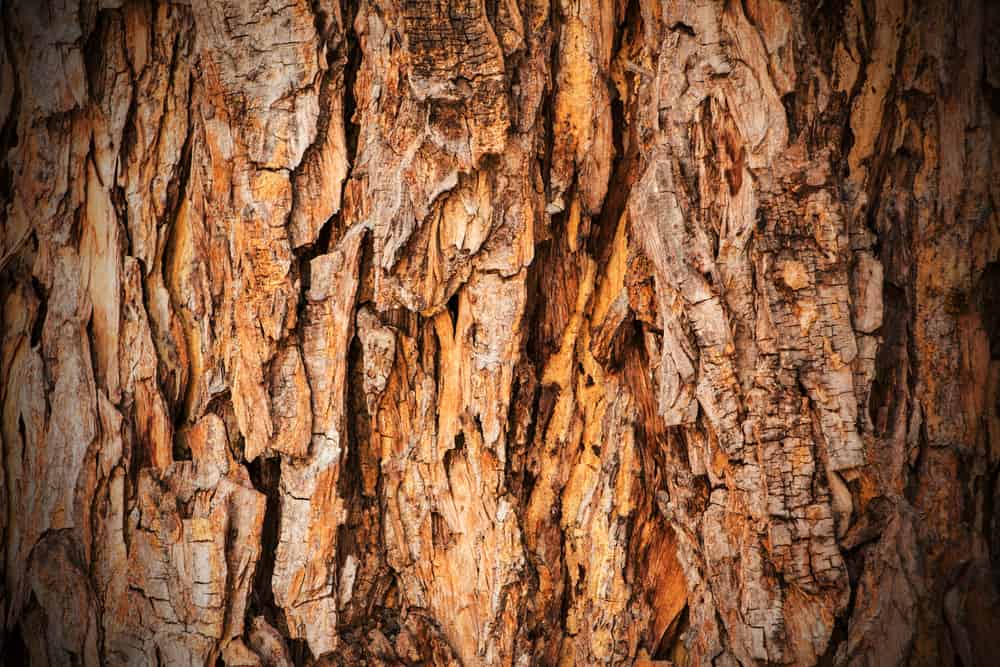 Morphology of Bark: The bark (in commerce) consists of external tissues lying outside the cambium, in the stem or root of dicotyledonous plants. Following are the tissues present in the bark:

In Botany, the bark consists of periderm and tissues lying outside it, i.e. cork, phellogen, and phelloderm.

Methods of collection of barks

The bark is generally collected in spring or early summer because the cambium is very active and thin-walled and gets detached easily. Following are the methods of collection of barks.

1. Felling method: The fully grown tree is cut down near the ground level by an axe. The bark is removed by making suitable longitudinal and transverse cuts on the stem and branches. The disadvantages of this method are (a) the plant is fully destroyed and (b) the root bark is not utilized.

3. Coppicing method: The plant is allowed to grow up to certain age and diameter. The stems are cut at a certain distance from ground level. The bark is collected from stems and branches. The stumps remaining in the ground are allowed to grow up to a certain level; again the shoots are cut to collect the bark in the same manner. Cascara bark and Ceylon cinnamon bark are collected by this method.

The following features may be used to describe the morphology of the bark.

The shape of the bark depends upon the mode of cuts made and the extent and shrinkage that occurred during drying.

The color and condition of the inner surface are of diagnostic value.

The appearance of an exposed surface of transversely broken bark is called a fracture. Different types of fracture, their descriptions, and examples are given in Table.1.