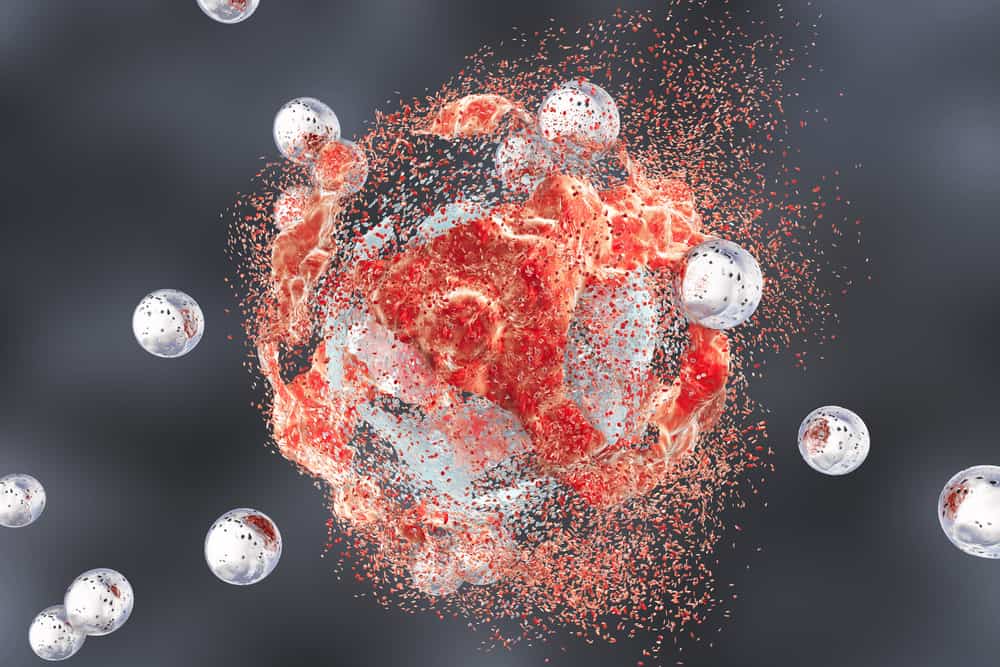 Nano derives from the Greek word “Nanos” which means dwarf or extremely small. It can be used as a prefix for any unit to mean a billionth of that unit. A Nanometer is a billionth of a meter or 10−9 m.

Nanoparticles are solid colloidal particles ranging from 1 to 1000 nm in size, they consist of macromolecular materials in which the active ingredients (drug or biologically active material) are dissolved, entrapped, or encapsulated or adsorbed.

Nano-capsules are the ones in which the drug is confined to an aqueous or oily core surrounded by a shell-like wall. Alternatively, the drug can be covalently attached to the surface or into the matrix.

Pseudolatexes or artificial latexes were obtained from the dispersion of preformed polymers. E.g. Pseudolatexes of Ethylcellulose, CAP, etc.  These are used in the preparation of Nanocapsules.

(b) Polymerized in Process Polymers:

Following are methods that are used in the formulation of nanoparticles:

For the preparation of biodegradable nanoparticles from polymers such as poly (lactic acid) (PLA); poly (D, L-glycolide), PLG; poly (D, L-lactide-co-glycolide) (PLGA), and Poly- (cyanoacrylate) (PCA), dispersion of preformed polymer method is used. This technique can be used in various ways as described below:

Solvent Evaporation Method:  In this method, there is the conventional formation of o/w emulsion between a partial water-miscible solvent containing the polymer and the drug, and an aqueous phase containing the stabilizer. In this, the polymer is dissolved in an organic solvent such as; dichloromethane, chloroform, or ethyl acetate. Oil in water (o/w) emulsion is prepared by emulsification of drug and polymer mixture in an aqueous solution that contains an emulsifying agent, which results in the formation of a stable emulsion. After that, by using the pressure reduction method or continuous stirring, the organic solvent is evaporated. The homogenizer speed, nature, and stabilizer concentration along with the property of polymer effect size of the nanoparticle. Usually, a high-speed homogenizer or ultrasonication had been used to reduce the size of nanoparticles to an optimum size.

Spontaneous Emulsification or Solvent Diffusion Method:  Also known as a modified version of solvent evaporation method. In this method, the two-phase solvent is used, one is water-miscible and the other is water-immiscible i.e. organic which acts as an oil phase. In this method, interfacial turbulence is created, by immediate diffusion between two solvents (which are different in-phase), which lead to the formation of small particles. A reduction in the particle size can be gained by increasing the concentration of water-miscible solvent both the above-described method can be used for the preparation of hydrophilic and hydrophobic drugs.

Salting Out:  It is one of the commonly used methods for the preparation of nanoparticles. This method involves the mixing of a saturated aqueous solution of polyvinyl alcohol (PVA) into an acetone solution of the polymer under magnetic stirring resulting in the formation of o/w emulsion. The precipitation of the polymer occurs when a sufficient amount of water is added to the external phase to allow complete diffusion of the acetone from the internal phase into the aqueous phase.

(a) Emulsion polymerization: This method involves emulsification of monomer in nonsolvent phase.

(b) Dispersion polymerization: This method involves dispersion of monomer in nonsolvent phase.

Incorporation of a drug in a nanoparticle can be achieved either by dissolving the drug in a polymerization medium or by adsorption onto a nanoparticle. Suspension of nanoparticles is formed, which contain surfactants and stabilizers that are used in polymerization which has to be removed by a method like ultracentrifugation or by suspending them in an isotonic medium which is free of surfactant. Polybutylcyanoacrylate or poly (alkyl cyanoacrylate) nanoparticles are been prepared by this method. The polymer particle size had been affected by the concentration of stabilizer and surfactant involved in preparation.

Chitosan, sodium alginate and gelatin are hydrophilic biodegradable polymers that are used for the preparation of nanoparticles by the coacervation method. The preparation of hydrophilic chitosan nanoparticles by ionic gelation was developed by Calvo and Co-worker. This method involves the preparation of two aqueous phases, of which one is the polymer chitosan, adi-block co-polymer ethylene oxide or propylene oxide (PEO-PPO), and the other is a polyanion sodium tripolyphosphate which is mixed, due to mixing positively charged amino group of chitosan that interacts with negatively charged tripolyphosphate to form coacervates with a size in the range of nanometer. when electrostatic interaction takes place between two aqueous phases coacervates are formed, and when two molecules interact due to ionic force, resulting in a transition from the liquid phase to gel phase at room temperature this is known as the ionic gelation method.

Table.1: Polymer Used for the Preparation of Nanoparticles

Process parameters performed before releasing them for clinical trials:

2. Nanoparticles in chemotherapy: It acts as a carrier for anti-tumor agents:

3. Nanoparticles for peroral administration of Proteins and Peptides: The proteins and peptides are increasingly seen as therapeutic drugs, as they are susceptible to proteolytic degradation leading to stability aspect but Nanoparticle delivery help in achieving stability.

4. Nanoparticles for intra-arterial applications: It helps as a carrier system for the intra-arterial localization of therapeutic agents. E.g. Dexamethasone, Heparin.

5. Nanoparticles for ocular delivery: It helps in improved retention of drug/wash out.  E.g. In the treatment of Glaucoma therapy, with drugs like Pilocarpine.

6. Nanoparticles for brain delivery: The Blood-Brain Barrier represents one of the hurdles for drugs including antibiotics, antineoplastic agents, and a variety of neuroleptic drugs. E.g. Brain concentration of Doxorubicin was achieved with Nanoparticles coated with Polysorbate 80.

9. Nanoparticles for lymph targeting: The major purpose of lymph targeting is to provide effective anticancer chemotherapy to prevent metastatis of tumor cells by accumulating the drug in the regional lymph node via subcutaneous administration.

10. Adjuvant in vaccines: An adjuvant effect of the nanoparticles with either matrix entrapped or surface adsorbed vaccine has been demonstrated in several studies on subcutaneous or oral administration. E.g. Polymethyl-methacrylate nanoparticles were used as adjuvants for the HIV-2 whole virus vaccine.

11. Nanoparticles for transdermal application for improved absorption and permeation.

13. Nanoparticles for radioactive or contrast agents for Radio-Imaging.