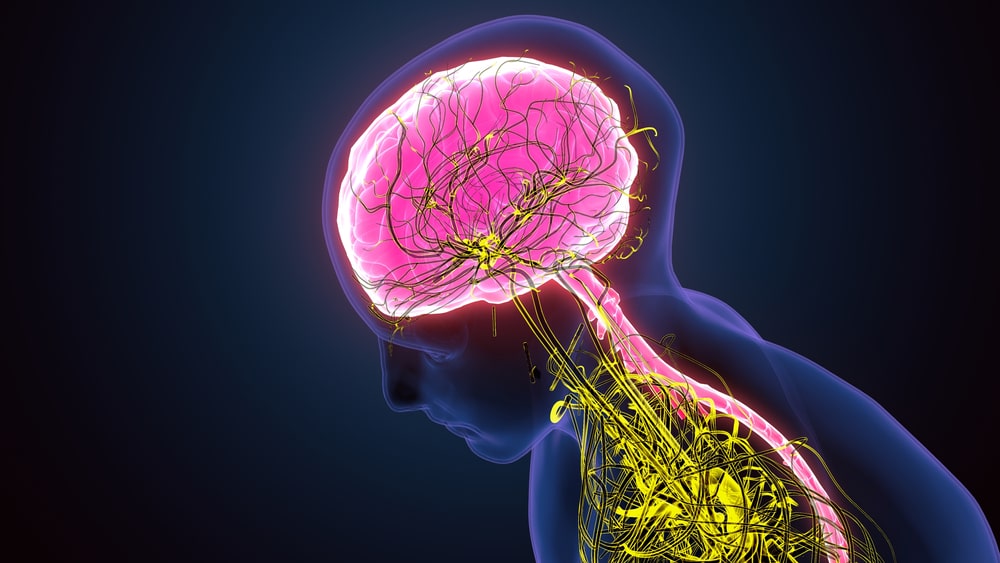 The nervous system is composed of the following parts:

The nervous system can be classified into two main parts:

The peripheral nervous system is further divided into three parts:

Structure of a Neuron

Nervous tissue consists of two types of cells Neurons and Neuroglia. Neurons are responsible for all functions of the nervous system like thinking, memory, sensing, etc. Neuroglia surrounds neurons and is responsible for supporting and providing nutrition to neurons.

Generation and Conduction of Nerve Impulse

Process of Generation of Action Potential:

All ion channels are closed.

Structure of Brain and Spinal Cord

It is a slightly elongated posterior region of the brain which connects it to the spinal cord. The brain stem is divided into three parts: Medulla oblongata, Pons, and Midbrain.

It is also called the little brain is located posterior to the brain stem.

It is a small region superior to the brain stem. It consists of three parts: Thalamus, Hypothalamus, Epithalamus.

(a) Hypothalamus: The hypothalamus is a small part of the diencephalon located inferior to the thalamus.

Functions of the Hypothalamus:

Anatomy of the Spinal Cord: