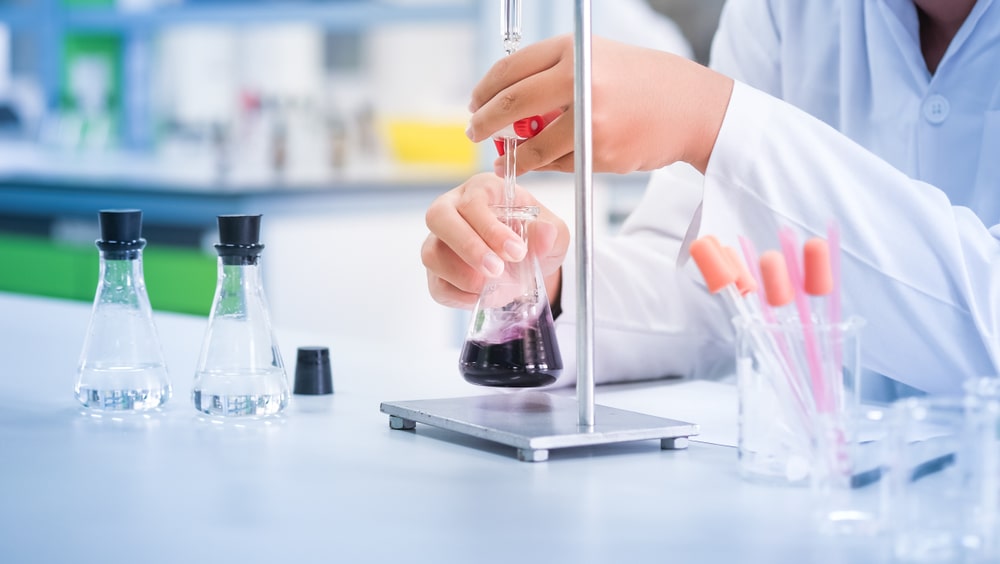 Non Aqueous Titration: Non aqueous titration is the titration of substances dissolved in solvents other than water. It is the most common titrimetric procedure used in pharmacopoeial assays and serves a double purpose: it is suitable for the titration of very weak acids and very weak bases, and it provides a solvent in which organic compounds are soluble.

Aprotic solvents are neutral, chemically inert substances such as benzene and chloroform. They have a low dielectric constant, do not react with either acids or bases and therefore do not favour ionization. The fact that picric acid gives a colourless solution in benzene which becomes yellow on adding aniline shows that picric acid is not dissociated in benzene solution and also that in the presence of the base aniline it functions as an acid, the development of yellow colour is due to formation of the picrate ion.

Since dissociation is not an essential preliminary to neutralization, aprotic solvents are often added to ‘ionizing’ solvents to depress solvolysis (which is comparable to hydrolysis) of the neutralization product and so sharpen the endpoint.

Protophilic solvents are basic and react with acids to form solvated protons.

Acid + Basic solvent ↔ Solvated proton + Conjugate base of the acid

A weakly basic solvent has less tendency than a strongly basic one to accept a proton.  Similarly, a weak acid has less tendency to donate protons than a strong acid. As a result, a strong acid such as perchloric acid exhibits more strongly acidic properties than a weak acid such as acetic acid when dissolved in a weakly basic solvent. On the other hand, all acids tend to become indistinguishable in strength when dissolved in strongly basic solvents owing to the greater affinity of strong bases for protons. This is called the levelling effect. Strong bases are levelling solvents for acids, weak bases are differentiating solvents for acids.

Amphiprotic solvents have both protophilic and protogenic properties. Examples are acetic acid and alcohol. They are dissociated to a slight extent. The dissociation of acetic acid, which is frequently used as a solvent for titration of basic substances, is shown in the equation below: