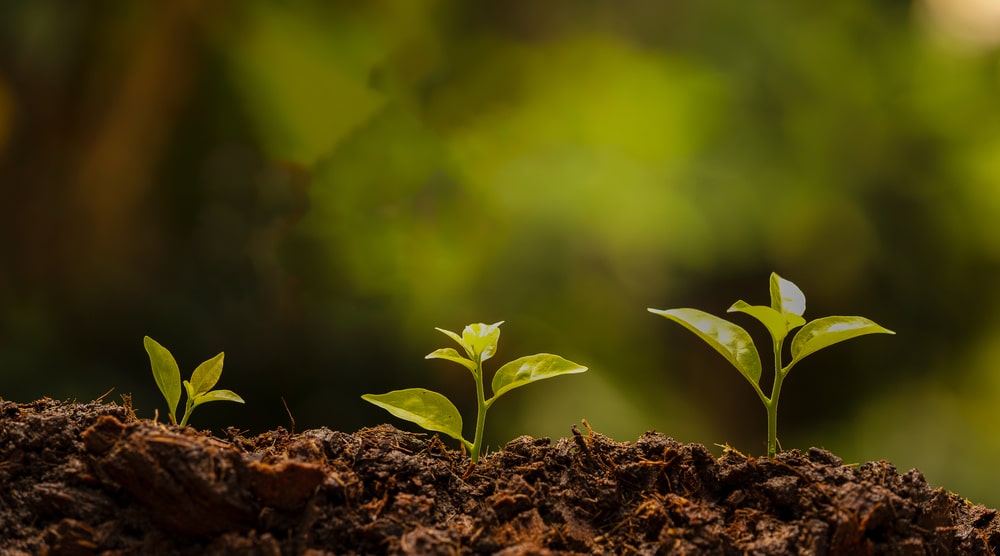 Phases and Rate of Plant Growth

Growth is common in human beings and also in plants, but it does not take place throughout the life of plants. Growth may be apical, lateral, or intercalary. Growth is for the restricted period and in special regions only.

The growth in thickness is due to the activity of lateral merisperms that is due to fascicular.  Three phases of growth can be marked in the growth of any organ of the plant body which is as under:

(b) Elongation phase: This phase lies immediately behind the formative phase, wherein, cells no longer divide but increase in size until the cells reach their maximum dimensions.  In roots, this phase is measured to be in mm while in stems in a few centimeters.

(c) Maturation phase: This phase lies further back. The cells reach their permanent size which results in the thickening of the cell wall.

Growth is the outcome of protoplasm and conditions for growth are the conditions which maintain the activity of the protoplasm. The growth of the plant depends on the following essential requirements.

(1) Food material or nutritive material supplied to the growing region is of prime importance for building the body of the plant.

(2) Water availability is another important factor for growth, which enables the plant to maintain the turgidity, which also makes loss caused by transpiration.

(3) Optimum temperature is required for growth at low-temperature growth is very slow hence temperature in the range of 25 to 30ºC is most suitable.

(4) For photosynthesis light is a must for plants. In absence of light plants become pale yellow and weak and cannot produce flowers and fruits required for the next generation.

(5) For healthy growth oxygen is very important without which no photosynthetic effect can be obtained.

The proposed mechanism of action of IAA is its interaction with one or more components of biochemical systems involved in the synthesis of proteins. The other hypothesis suggested is the role of IAA to alter the active osmotic contents of cell vacuole during cell expansion or cell wall extension.

IBA and NAA in combination are used in rooting cuttings. NOA is used as a fruit setting spray 2, 4-D and 2, 4, 5-T are used both as plant growth regulators and in higher concentrations, as selective weed killers, especially for dicot plants. IBA has shown promising results to induce rooting in cuttings for cinchona, Pinus, papaya, and coffee. The addition of different auxins like IAA, NAA, and 2, 4-D in tissue cultures of ergot has led to an increase in Indole alkaloids. Treatment of derivatives of NAA given to seedlings and young plants of Mentha piperita has shown about a 40 percent increase in volatile oil content.

They are a class of endogenous plant growth regulators and at present over 50 gibberellins are known. About 40 of these occur in green plants, while others are present in some fungi. They are present in different organs and tissues like roots, shoots, buds, leaves, floral apices, root nodules, fruits, and callus tissues. The commercial formulations of gibberellins are used currently for promoting vegetative and fruit growth, breaking dormancy, flower initiation, and induction of parthenocarpy.

Kurosawa, a Japanese physiologist, is credited for initiating the discovery of gibberellins from the fungus Gibberella fujikuroi (previously known as Fusarium heterospermum) grown on rice. According to Paleg, gibberellins are compounds having gibbane skeleton and biological activity in stimulating cell division or cell elongation, or both.

The thorough research on gibberellins carried out in Japan, the United States of America, and Great Britain has shown that gibberellins A, isolated in 1938, is a mixture of at least six gibberellins referred to as GA1, GA2, GA3, GA4, GA7, and GA9. GA3 is termed as Gibberellic acid.

All of these are the derivatives of the gibbane ring skeleton. In addition to free gibberellins, they are also present in conjugated forms. GA has not yet been synthesized, but can be produced by large-scale fermentation on a commercial scale. The angiosperms, gymnosperms, ferns, algae, fungi, and bacteria contain several forms of gibberellins, but no single plant contains all of them together. Many activities attributed to gibberellins are the promotion of the rapid expansion of plant cells, stimulation of seed germination, breaking dormancy of overwintering plants, induction of flowering under non-inductive conditions, marked increase in stem elongation, increase in the size of leaves, and induction of parthenocarpy leading to seedless fruit sets.

The effect of gibberellins in cell division is an increase in cell size similar to the effect of auxins. It is observed that gibberellins are more effective in intact plants, while major auxin effects are on excised organs.

The applications of gibberellins are extended to various medicinal plants. The use of gibberellins in lower doses has shown an increased yield of digitalis glycosides per shoot. The hormone tried with leaf and root culture of digitalis showed higher production of digoxin. In the case of Tinnevelley senna, GA shows a little positive effect on the dry weight of shoot, but the reduction in sennoside content of leaves. It is observed that GA treatment can cause an increase in height of castor plant up to five times, but does not show any change in fixed oil content. The treatment significantly causes a reduction in alkaloid content of vinca, datura, hyoscyamus, etc.

The mechanism of action of Gibberellic acid appears mainly to induce the activity of gluconeogenic enzymes during the early stages of seed germination and this specificity ensures a rapid conversion of lipid to sucrose, which is further used in supporting growth and development of the embryonic axis to a competent root and shoot system. It is also found that gibberellins induce the synthesis of α-amylase and other hydrolytic enzymes during the germination of monocot seeds. They are also involved in mobilizing seed storage reserves during germination and seedling emergence.

These are either natural (zeatin) or synthetic (kinetin) compounds with significant growth regulating activity. Zeatin affects cell division and leaf senescence and synthetic cytokinins are useful in promoting lateral bud development and inhibition of senescence.

Cytokinins influence a broad spectrum of physiological processes in plants like the promotion of cell division. The other activities exerted are participation in the orderly development of embryos during seed development, influencing the expansion of cells in leaf discs and cotyledons, delaying the breakdown of chlorophyll, and degradation of proteins in aging leaves.

Miller isolated the crystalline substance from autoclaved herring sperm DNA capable of inducing cell division in tobacco cultures and named it kinetin, which was found to be 6-furfuryladenine. Further, some other adenine derivatives were also found to have similar biological activity and were called ‘kinins’ collectively known as cytokinins. These substances are found in young and actively dividing tissues like embryos, seedlings, and apical meristems.

Cytokinins are reported to increase marginally sennoside content in Tinnevelley senna leaves and also enhance the dry weight of shoots. In opium, they cause the formation of the elongated capsule and reduce alkaloid content. In Duboisia hybrids, the cytokinins activity present in the extract of seaweed shows a marked increase in both leaf content and also hyoscine content.

Kinetin is reported to play the role in nucleic acid metabolism and protein synthesis. In-plant metabolism, it is proposed that some t-RNA contain cytokinins-like activity. They have an action on some enzymes responsible for the formation of certain amino acids.

It is a simple organic molecule present in the form of volatile gas and shows profound physiological effects. It is present in ripening fruits, flowers, stems, roots, tubers, and seeds. It is present in very small quantities in the plant, say about 0.1 ppm (part per million) possibly, its quantity increases in local areas during the time of growth and development.

Ethylene is produced by the incomplete burning of carbon-rich substances like natural gas, coal, and petroleum. Denny (1924) showed the yellowing of lemons due to stove gas. Also, plant damage was noticed after the introduction of illuminating gas. Gane (1935) found that a gas evolved from ripe apples can also affect the ripening of green apples and showed that it was ethylene gas that had a role in the ripening of other fruits.

Ethylene shows a broad array of growth responses in plants, which include fruit ripening, leaf abscission, stem swelling, leaf bending, flower petal discoloration, and inhibition of stem and root growth. It is commercially used for the promotion of flowering and fruit ripening, induction of fruit abscission, breaking dormancy, and stimulation of latex flow in rubber trees.

In an inhibitory way, ABA interacts with other plant growth substances. It inhibits the GA-induced synthesis of α-amylase and other hydrolytic enzymes. During maturation, ABA accumulates in many seeds and helps in seed dormancy. ABA concentrations are found to be enhanced in stress conditions, like mineral deficiency, injury, drought, and flooding. ABA serves an important role as a potential antitranspirant by closing the stomata when applied to leaves.