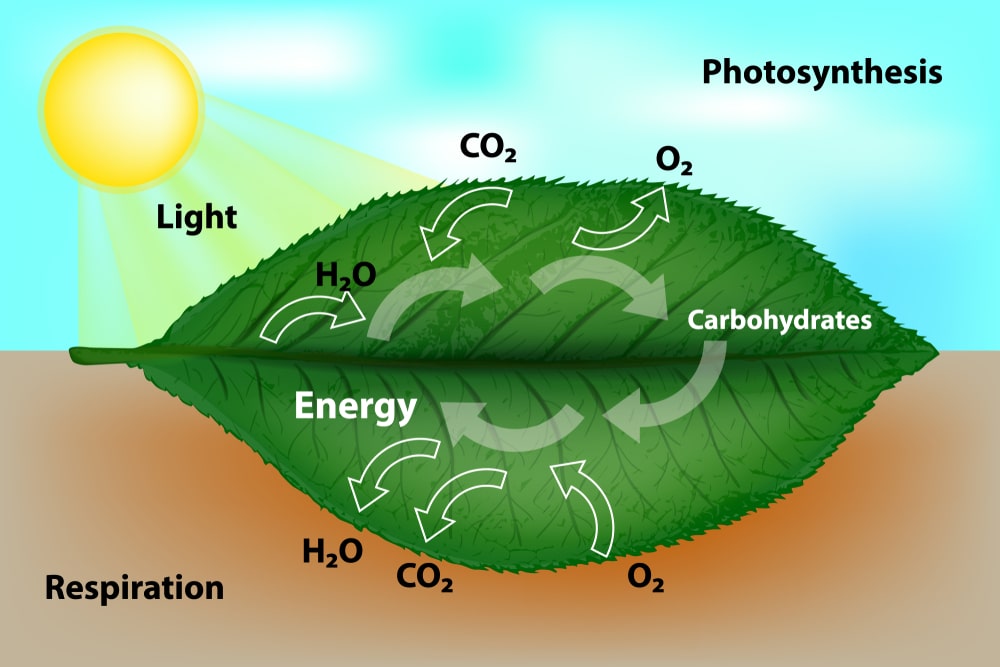 Plant Respiration is a very complex process and is different from simple combustion and breathing. It is an energy-releasing process. Thus, respiration is the process of oxidation-reduction wherein the organic substances are degraded to release energy which is incorporated in Adenosine triphosphate (ATP).

Plant Respiration is of two types.

This consists of three steps namely:

(1) Glycolysis: It is the first step in the respiration process taking place in the cytoplasm in the presence or absence of oxygen, wherein glucose molecule breaks down into two molecules of pyruvic acid. The breakdown takes at body temperature and is aided by several enzymes and co-enzymes.

(2) Kreb’s cycle: This takes place in presence of oxygen in mitochondria of cells wherein pyruvic acid is degraded further to form carbon dioxide, water, and energy. The complete oxidation of glucose is represented as follows:

In this process, hydrogen is removed from the substrate, and electrons released are transferred to generate ATP. The formation of ATP in mitochondria due to oxidation is called oxidative phosphorylation. The energy produced during respiration is incorporated in the form of ATP. In ATP it is stored in a high-energy phosphate bond which after breaking releases a large amount of energy.

It is the respiration in the absence of oxygen and takes place in microorganisms, bacteria, and also yeasts. It does not need mitochondria. During this process, many toxic substances are formed. It is incomplete oxidation and releases about 1/30th of energy as released in aerobic respiration. The ultimate products of this respiration are carbon dioxide, ethyl alcohol, and several acids like lactic acid, etc.