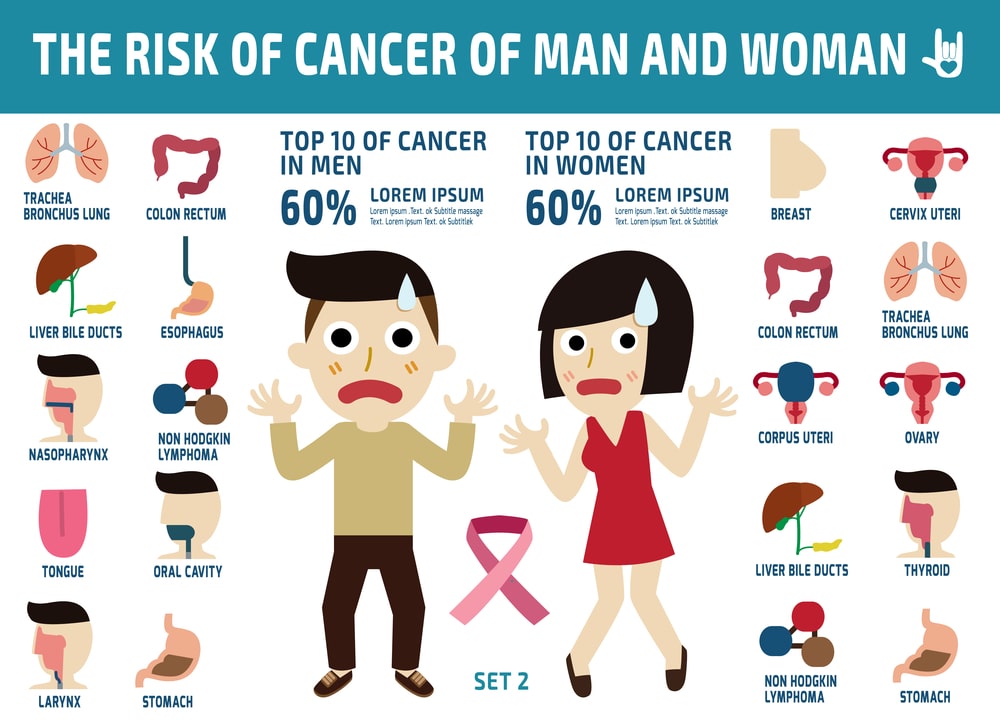 Prevention and Control of Cancer: Communicable diseases are easily replaced by chronic diseases such as; cancer as well as other non-communicable diseases. Worldwide, the incidence of cancer is rising. It is shown that 80-90 percent of human cancers are due to factors such as; tobacco, alcohol, and eating environmental patterns and lifestyle causes. 10 million new cancer cases emerged in 2000 and more than 6 million people died from cancer.

5.2 million out of 10 million were males and 4.7 million were females. Owing to the increased population size and the increase in the proportion of older people, the absolute number of new cancer cases is on the rise.

The age-adjusted incidence ranges from 44 to 122 per 100,000 population in males and 52 to 128 per 100,000 females from population-based registries in India, with 28-30 million populations from different parts of the country.

The prevalence of cancer was higher in females relative to males and was low in rural areas compared to urban areas. It is estimated that one million new cases are detected every year. Owing to inadequate documentation of causes of death, it is under-reported. In India, mouth/oropharynx, esophagus, stomach and lower respiratory tract cancers such as; trachea/bronchus/lungs are common among men, while cervix, breast, mouth, and esophagus cancers are most common in women.

Prevention and Control of Cancer

1. Identification of people having danger signs of cancer: The individuals having any of the following danger, signifies cancer. These are:

3. Avoid intake of tobacco and alcohol.

7. Legislation to control the use of tobacco, alcohol, and pollution of

9. Surveying to know the number of cases of cancer.