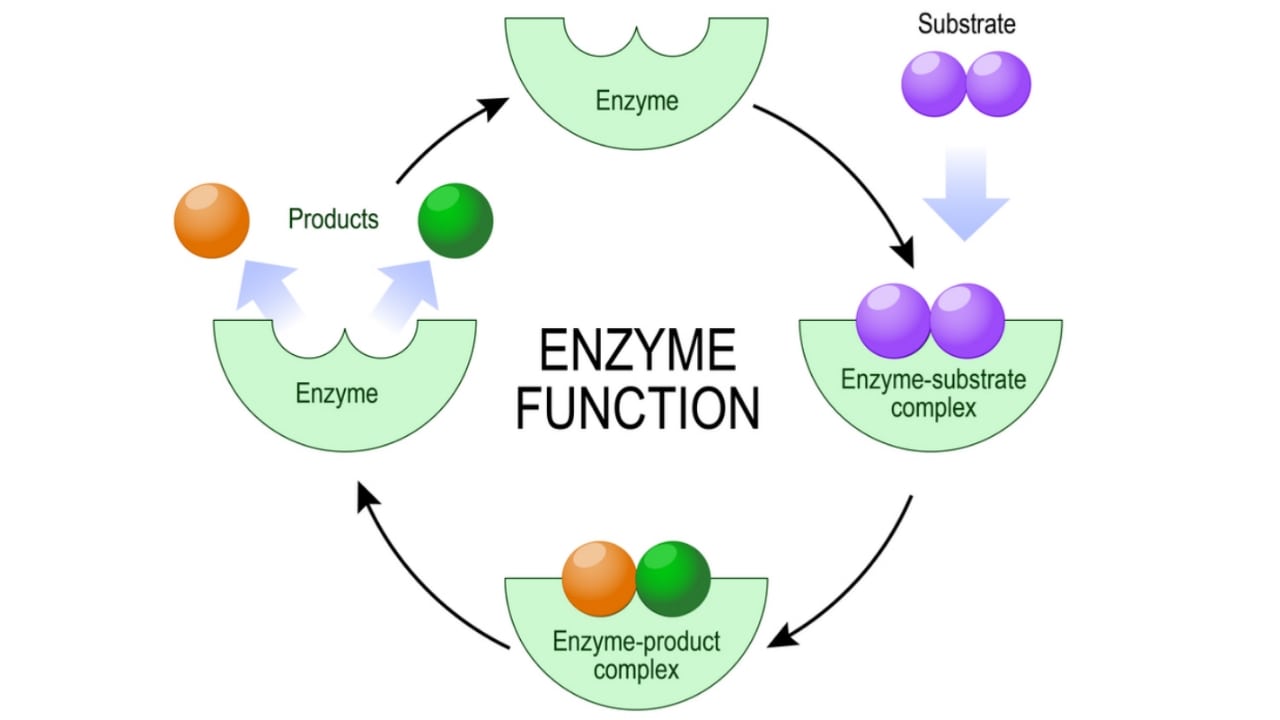 Proteolytic Enzymes: Enzymes are proteins that catalyze biochemical functions. They are required for various physiological processes. Proteolytic enzymes are also known as proteases that digest proteins, i.e. breakdown of a long chain of protein molecules into shorter peptides and their components such as amino acids. They act as digestive aids, blood cleansers, rebalance the immune system and reduce oedema in inflamed regions.

Biological Source: It is obtained from green fruits of papaya, Carica papaya.

Method of isolation: It has two steps: (a) Extraction of latex followed by (b) Latex to papain.

The method is as follows:

Storage: Lyophilized powder or crystalline suspension of papain is stored in NaCl solution at near-neutral pH at 4-5°C for 6 months.

Biological Source: It is obtained from the stem and fruits of the pineapple of Ananus comosus.

Uses: It is used as a digestive agent, in CVS diseases, Joint inflammation, arthritis etc.

Production: The production of Serrapeptase depends upon a secretory protein on the membrane of the host cell and it is secreted by the N-terminal signal peptide-independent pathway.

Soil and contaminated water are rich sources of a diverse variety of microorganisms. Isolated pure cultures of the bacterial strains are maintained on nutrient agar plates and stored at 4°C. Serratia marcescens is a Gram-negative bacterium. It grows in a wide range of temperatures (5-40°C) and pH (5.0-9.0) and secretes a variety of enzymes such as serine and thiol proteases, metalloproteases, lipases, chitinases etc.

Another medium reported for the production of Serrapeptase contained maltose 45 g/lit, soybean meal 65 g/lit, KH2PO4 8.0 g/lit, and NaCl 5.0 g/lit at a pH 7.0 which gives maximum yield. Casein medium is also used, but trypticase soy is a preferred substrate over casein as the specific activity is higher when trypticase soy is used as the substrate in the production medium.

Uses: It is used to reduce pain and swelling associated with conditions like back pain, arthritis, tension headaches and migraine headaches. It also has anti-atherosclerotic effects due to its fibrinolytic and caseinolytic properties.

Biological Source: It is obtained from human urine.

Characters: They are plasminogen activators and are obtained from human renal cells. They are serine protease enzymes. Urokinase is a 411-residue protein, consisting of the domains: the serine protease domain, the kringle domain and the growth factor domain. Urokinase is synthesized as a zymogen form and is activated by proteolytic cleavage between Lys 158 and Ile 159. The two resulting chains are kept together by a disulphide bond.

Uses: It is a thrombolytic agent, used in the treatment of severe or massive deep venous thrombosis, pulmonary embolism, myocardial infarction and dialysis cannulas. It is used intrapleural to improve the drainage of complicated pleural effusions and empyemas.

Biological Source: It is obtained from the bacteria Beta haemolytic streptococci.

Characters: It is a white powder, soluble in water. The optimum pH range is 7-8. It is an extracellular enzyme-containing single-chain polypeptide. Molar mass is 47 kDa. It is made up of 414 amino acid residues. The protein exhibits its maximum activity at a pH of 7.5 and its isoelectric pH is 4.7.

Uses: It is used as thrombolytic medication, in case of a blood clot in myocardial infarction, treatment of burns, respiratory problems etc.

Storage: The enzyme is supplied as a lyophilized white powder in 50 ml infusion bottles or 6.5 ml vials with a coloured label and is stored at room temperature of 15-30°C.

Preparation: It is prepared by using stomach linings. The mucous membrane is separated from the stomach by the stripping process. Then minced stomach linings are digested with hydrochloric acid for autolysis at 37°C for 2 hours. The liquid sample contains pepsin and peptone. Then the sample is subjected to dialysis and concentrated through vacuum evaporation. The spongy pepsin is obtained.

Inhibitor: Pepstatin is a low molecular weight compound and potent inhibitor specific for acid proteases with a Ki value of about 10−10 M for pepsin. Sucralfate also inhibits pepsin activity.

Specificity: Pepsin has broad specificity for peptides containing linkages with aromatic or carboxylic L-amino acids. It preferentially cleaves C-terminal to Phe and Leu and a lesser extent Glu linkages. The enzyme does not cleave at Val, Ala, or Gly.

Storage: Pepsins should be stored at very low temperatures (between −80°C and −20°C) to prevent autolysis.