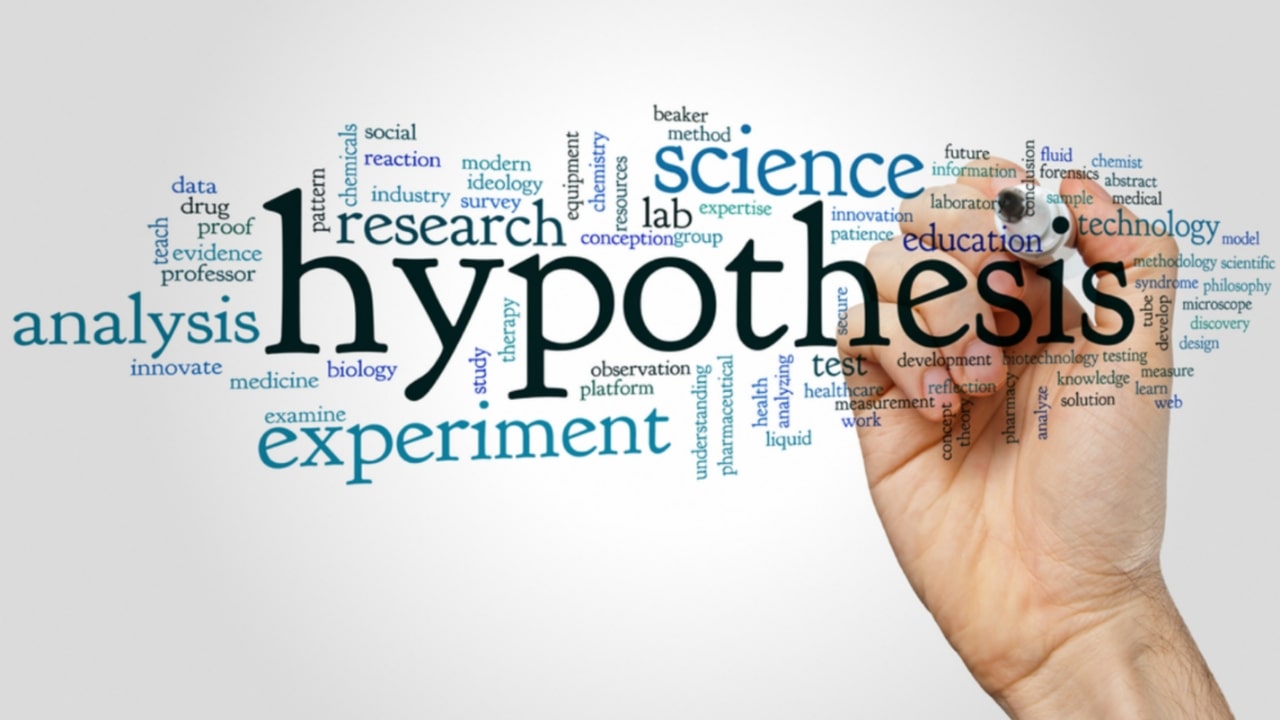 A hypothesis is an important part of scientific research. The importance of hypothesis is generally recognized more in the studies which aim to make predictions about some outcome. In experimental research, the scientists are interested in making predictions about the outcome of the experiment and hence, the role of hypothesis is most important. In historical or descriptive research, the researcher is investigating the history of a nation or a village and thus may not have a basis for predicting results. Therefore, a hypothesis may not be required in such fact-finding studies. If a researcher is tracing the history of a university or making a study about the results of a coming Loksabha election, the facts or data he gathers will prove useful only if he can draw generalizations from them. A hypothesis is recommended for all major studies to explain observed facts, conditions, or behavior and to serve as a guide in the research studies. A working hypothesis or a tentative hypothesis is described as the best guess or statement derivable from the known or available evidence. The amount of evidence and quality, of it, determine other forms of hypothesis.

A stronger null hypothesis is that the two samples are drawn from the same population, such that the variances and shapes of the distributions are also equal.

Statistical hypotheses are tested using a four-step process. The first step is for the analyst to state the two hypotheses so that only one can be right. The next step is to formulate an analysis plan, which outlines how the data will be evaluated. The third step is to carry out the plan and physically analyze the sample data. The fourth step is to analyze the results and either reject the null hypothesis or claim that the observed differences are explainable by chance alone.

Basically, there are three types of alternative hypotheses.

(a) Left-Tailed: Here, it is expected that the sample proportion (µ₁) is less than a specified value which is denoted by µ₂ such that:

(b) Right-Tailed: It represents that the sample proportion (π) is greater than some value, denoted by πo.

(c) Two-Tailed: According to this hypothesis, the sample proportion (denoted by π) is not equal to a specific value which is represented by πo.

Hypothesis testing is a process of deciding statistically whether the findings of a research show chance or real effects at a given level of probability. Hypothesis testing is depending on probability theory and sampling. It consists of stating the hypothesis (null or alternative) construction of data gathering tools, collection of data, statistical analysis, and drawing inferences from the results, Research in which the independent variable is manipulated is called ‘experimental hypothesis-testing research’ and research in which an independent variable is not manipulated is called ‘non-experimental hypothesis-testing research. Some of the important concepts in the context of testing of hypothesis are as follows:

The Level of Significance:

Decision Rule or Test of Hypothesis:

A researcher can design a rule which is known as a decision rule according to which it may accept Ho. (reject Ha) or reject Ho, (accept Ha). The researcher must decide the number of items to be tested and the criterion for accepting or rejecting the hypothesis. For example, if five items are tested in the lot and plan the decision that null hypothesis will be accepted only if out of those five items, either none is defective or only 1 is defective; otherwise alternative hypothesis will be accepted.