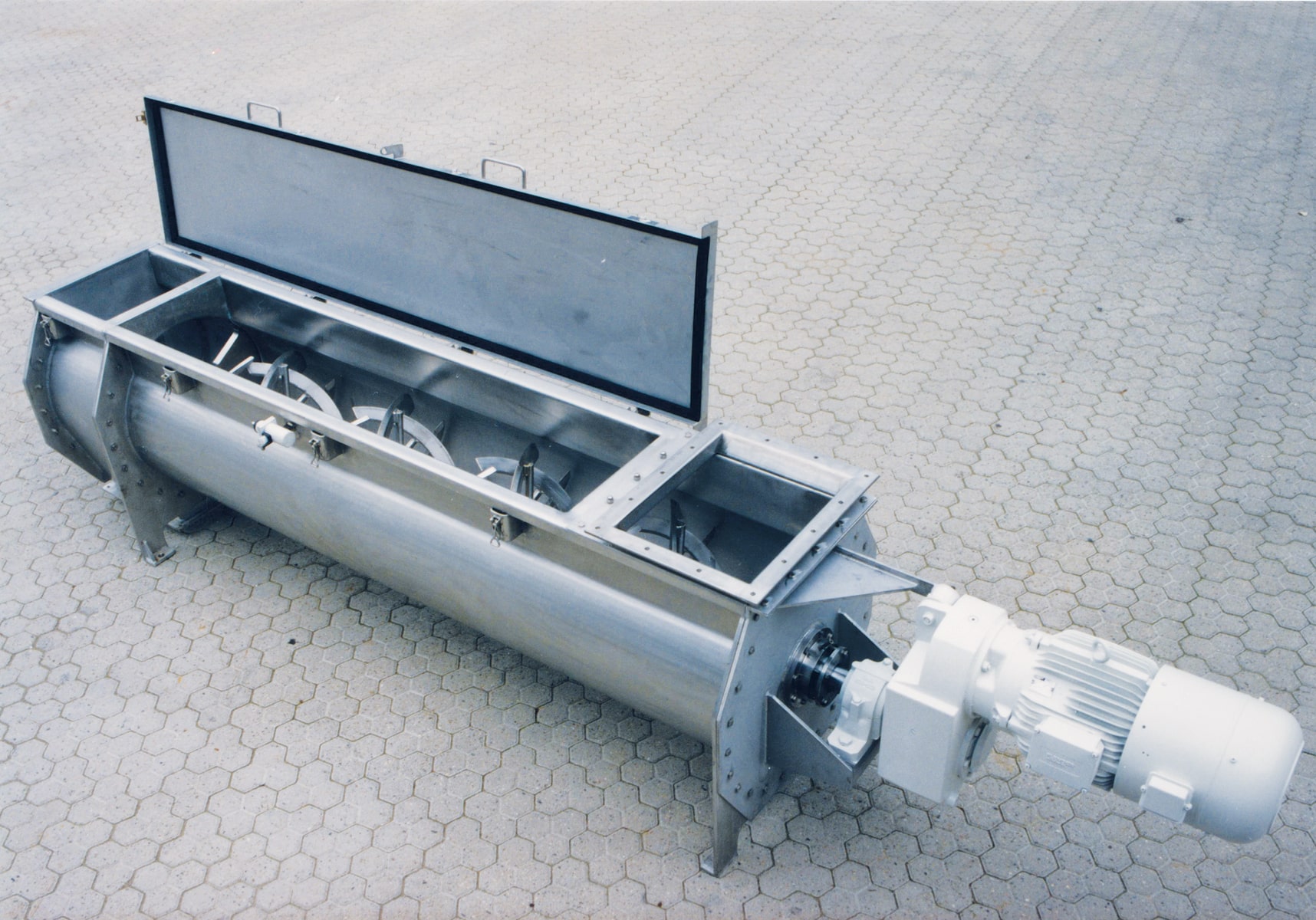 Ribbon Blender: The mechanism of mixing is shear which is transferred by moving blades.

A ribbon blender consists of a U-shaped horizontal trough or shell containing a helical double-ribbon agitator that rotates inside. The shaft of the agitator is positioned in the center of the trough on which the helical ribbons (also called spirals) are welded. Since the ribbon stirrer consists of a set of internal and external helical ribbons, it is also called a “double” helical ribbon agitator. The counteracting blades are provided for high shear as well as for breaking lumps or aggregates. The ribbon blenders are powered by a drive system consisting of a motor, a gearbox, and couplings. They are generally powered by a 10 HP to 15 HP motor for 1000 kg of product mass to be blended. The specific power ranges from 3 to 12 kW/m² according to the products to be mixed. The area where the shaft exits the container is envisaged with a Sealing arrangement to ensure that the material does not move from the container to the outside. The material is charged into the mixer usually by feed hoppers. It is also equipped with a bottom discharge spout.

The materials to be blended are loaded into the blender, typically filling it between 40 and 70 percent of the total volume of the container. Ribbons are allowed to rotate with the help of the drive system. During the blending operation, one blade slowly moves the solids in one direction and the other moves them rapidly in the opposite direction. As a result, homogeneous blending is achieved in a short time. The mixing is generally carried out in 15 to 20 minutes. After blending, the material is discharged from a discharge spout located at the bottom of the trough.