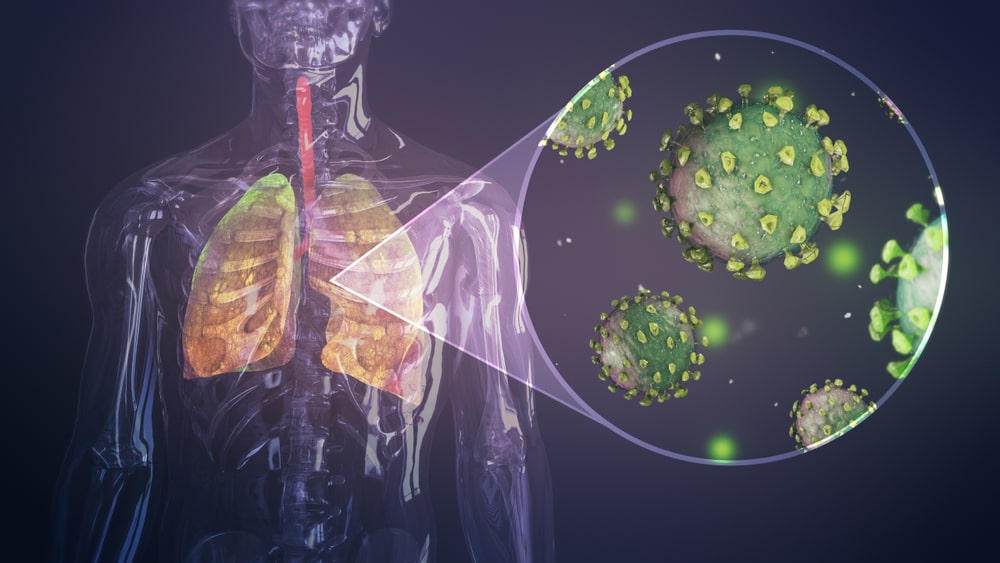 (1) Sputum: It is coughed up when normal mucociliary clearance mechanisms are overloaded by excessive mucus production. Daily volumes more significant than 50 ml may be coughed up in conditions such as chronic bronchitis and cystic fibrosis. Sputum colored with pus indicates a secondary bacterial infection while yellowish sputum may be caused by an allergic response.

(2) Cough: It is a part of the natural defense mechanism for clearing air passages of foreign materials and excess mucus. It is frequently attributed to upper respiratory tract diseases like the common cold or pharyngitis. Possibly the upper respiratory tract infection causes inflammation of the posterior wall of the pharynx rendering it hypersensitive to the normal discharge of nasal secretions. Coughing sometimes brings out sputum also known as phlegm which consists of mucus, debris, and cells expelled by the lungs. The complete suppression of cough in chronic bronchitis or bronchiectasis may lead to retention and accumulation of secretions in the tracheobronchial tree.

Hence, complete suppression of coughing is not beneficial although drugs may be useful to suppress the intensity and frequency of coughing in many cases where the cough is unproductive and annoying. Causes of cough include colds, bronchitis, pneumonia,  tuberculosis, croup (a viral inflammation of the larynx, windpipe, and bronchial passages seen in children), tumors, inhaled foreign bodies, and bronchial asthma. While bronchodilators and expectorants are effective, the prophylactic use of cromoglycate or an inhalation steroid is usually more appropriate.

An expectorant (Latin word “ex – out”  + “pectoris – off the chest”) is a medicine that loosens and thins the mucus that blocks the airways facilitating its smooth upward expulsion in wet or productive cough. Expectorants thus help to clear the obstructed airways, allowing the air to pass freely in and out of the lungs. Expectorants make coughing up mucus much easier and less irritating. Cough drops or throat lozenges usually contain an oral anesthetic (e.g., menthol) to anesthetize the receptors in the throat which mediate the cough reflex.  Mucolytics (e.g., bromhexine), antihistaminics (antiallergics), and pharyngeal demulcents  (e.g., licorice, glycerine) are commonly used drugs to suppress the cough. Bromhexine is obtained from the plant, Adhatoda vasica.

(3) Breathlessness: It is an unpleasant awareness about the sensation of breathing.

(4) Wheeze: When the intra-thoracic airways are already narrowed, further reduction in airway caliber during expiration results in airway closure. This sensation of limited airflow is known as a wheeze. It is often present in patients with airway obstruction due to asthma or chronic bronchitis.

(5) Chest pain: Pleural pain may arise due to infection, inflammation, or malignant involvement of the parietal pleura. Chest wall pain due to rib fractures causes local pain and tenderness.

Cough is an important mechanism for expectorating bronchial secretions. Expectorants assist in the removal of secretions from the trachea, bronchi, or lungs. Hence, they are used in the treatment of cough. They facilitate the flow of respiratory tract secretions, allowing ciliary motion and coughing to move the loosened material toward the pharynx more easily. Some of them act refluxly by irritating the gastric mucosa which in turn stimulates respiratory secretions. Clinically used agents from this category include ammonium chloride,  potassium iodide, and antimony potassium tartarate. Other examples of expectorants include syrup of ipecac, terpin hydrate, guaifenesin, potassium guaiacolsulfonate, and acetylcysteine.