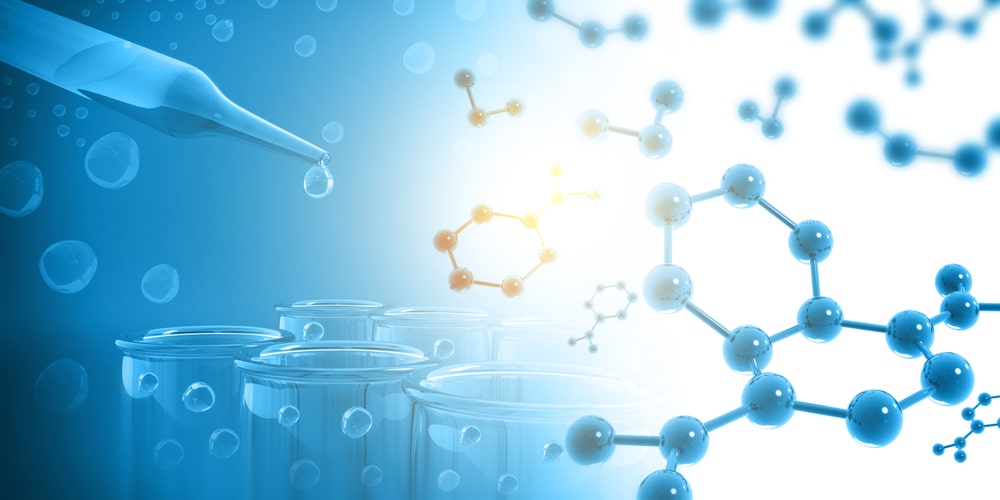 Synthesis and Reactions of Imidazole: Imidazole is a heterocyclic aromatic organic compound. It is an example of 1, 3-diazole i.e., it is a pentacyclic structure with 03 carbons and 02 nitrogens located at 1, 3-position. It was earlier called glyoxaline as it was first prepared in 1858 from glyoxal and ammonia. It is a colorless liquid having a boiling point of 256°C. Imidazole is more basic than pyridine and pyrazole. The introduction of alkyl groups into the ring increases the basicity further. The name “Imidazole” was given by German chemist, Arthur Rudolf Hantzsch in 1887. It is an aromatic and highly polar compound.

(ii) Radiszewski synthesis: It consists of condensing glyoxal (e.g., benzyl), an aldehyde (e.g., benzaldehyde) in the presence of ammonia. Formamide may be used in place of ammonia.

(iii) Wallach Synthesis: The reaction of N, N’-disubstituted oxamide with phosphorus oxychloride gives chlorine-containing intermediate which upon reduction with hydriodic acids, gets converted to 1-substituted imidazole. It provides 1, 2-disubstituted chloroimidazoles.

(iv) Marckwald synthesis: The reaction between α-aminoketones with cyanates, thiocyanates, or isothiocyanates produces 3 H-imidazoline-2-thiones (2-mercaptoimidazoles). The latter can be readily converted to imidazole by dehydrogenation.

(v) From aminonitrile and aldehyde:

(vi) A reaction between an alkene, carbon monoxide, and ammonia leads to the formation of an imidazole derivative.

Imidazole is a base and an excellent nucleophile. It easily undergoes electrophilic (alkylating, acylating) substitution reactions at the –NH nitrogen. However, the C4 and C5 atoms of imidazole are also susceptible to electrophilic attacks. Due to the resonance structures, the position most prone to nucleophilic attack is C-2.

Imidazole ring contains N1 atom (pyrrole like nitrogen) and N3 atom (pyridine like nitrogen). The pyrrole-like nitrogen is acidic while the pyridine-like nitrogen is basic and nucleophile. From the structure, it appears that both N-atoms have the highest electron density followed by C4 and C5 atoms. The C2-atom is sandwiched between more electronegative N-atoms and hence most electron deficient. Hence the C2 atom is most prone to nucleophilic attack. While the rest of the atoms (C4, C5, N1, and N3) are susceptible to electrophilic attack.

(i) Reaction with Acids: Imidazole forms stable crystalline salts with strong acids by protonation of N3-atom.

(e) Reaction with aldehydes and ketones: N-unsubstituted imidazole undergoes hydroxymethylation at C4-position when treated with HCHO (formaldehyde) in the presence of DMSO.

(iii) Action of oxidizing agents: Imidazole is stable to auto-oxidation and the action of chromic acid but is attacked by hydrogen peroxide or perbenzoic acid.

For example, 2-haloimidazoles undergo nucleophilic substitution reactions with the replacement of halogen by a nucleophile.