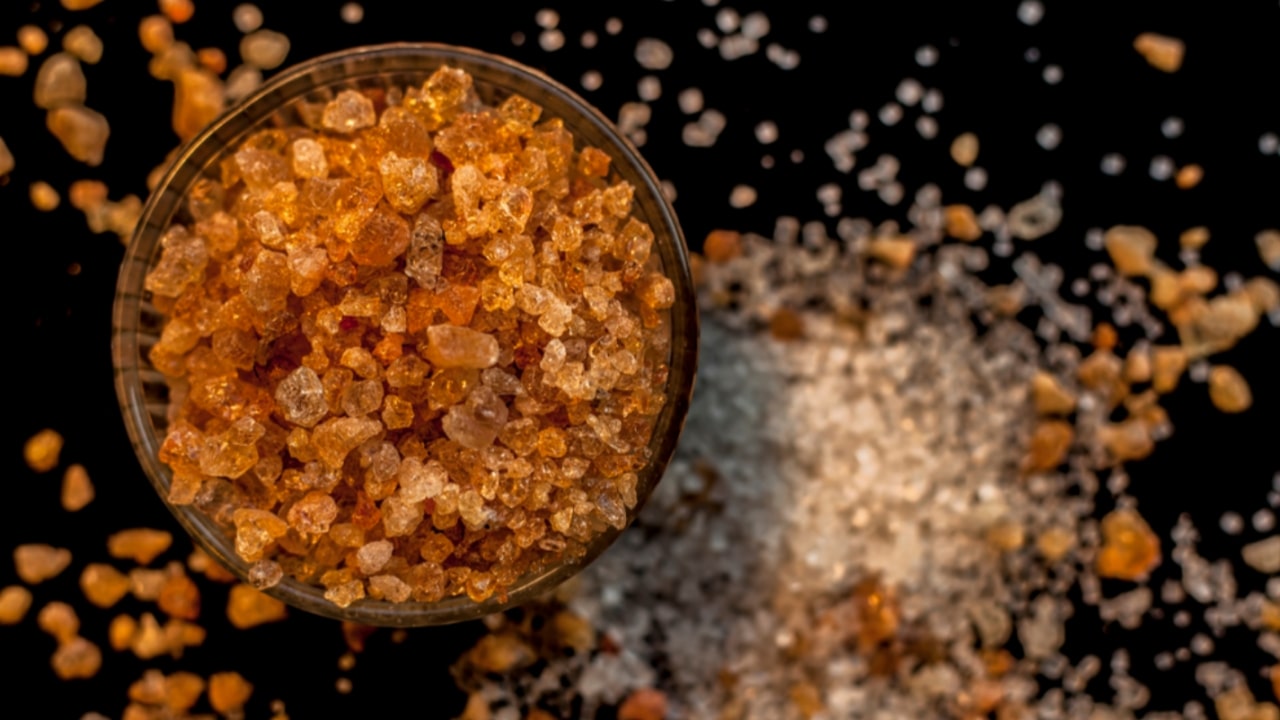 Tragacanth Gum: The economical part of the plant is a gum which is a dried gummy exudation and obtained from Astragalus gummier or other species of Astragalus.

Distribution: The thorny shrubs of tragacanth normally grow at an altitude of 1000-3000 meters and the primary source is the desert highlands of the northern and western part of Iran. Apart from Iran, it is naturally found in various countries, viz., Iraq, Armenia, Syria, Greece, and Turkey. Very few species of Astragalus are located in India, viz., Kumaon, Garhwal, and Punjab.

It takes about a week to collect the gum exudates and this process continues periodically.

Gum kondagogu is gummy exudate obtained from the tree bark Cochlospermum Gossypium. Dextrin, wheat, and corn starch, etc. are used as substituents for tragacanth gum. Generally, Karaya gum or sterculia gum, or Indian tragacanth is used as a substitute for gum tragacanth.

Karaya gum can be identified morphologically, microscopically, and by chemical tests. (a) Indian tragacanth is irregular, striated, pale brownish pieces and has an acid odor. (b) In Karaya gum powder, sclerenchymatous cells are present, whereas these cells are absent in Tragacanth gum powder. (c) Karaya gum is identified with the ruthenium solution test with the formation of red color, whereas this test is negative for tragacanth.

Citral gum obtained from Acacia strobilaceous is used as an adulterant. It can be identified by chemical tests. Powdered Tragacanth is mixed with water, guaiacol, and few drops of hydrogen peroxide. Pure Tragacanth remains colorless, whereas acacia gum forms a brown color mucilage.

Tragacanth contains ingredients that stimulate the movement of the intestines. It acts as a stabilizer by the formation of non-covalent protein-polysaccharide complexes via interactions by the methoxylated galacturonic acid in the soluble part of the gum and by the viscosity increase induced by the insoluble bassorin part.