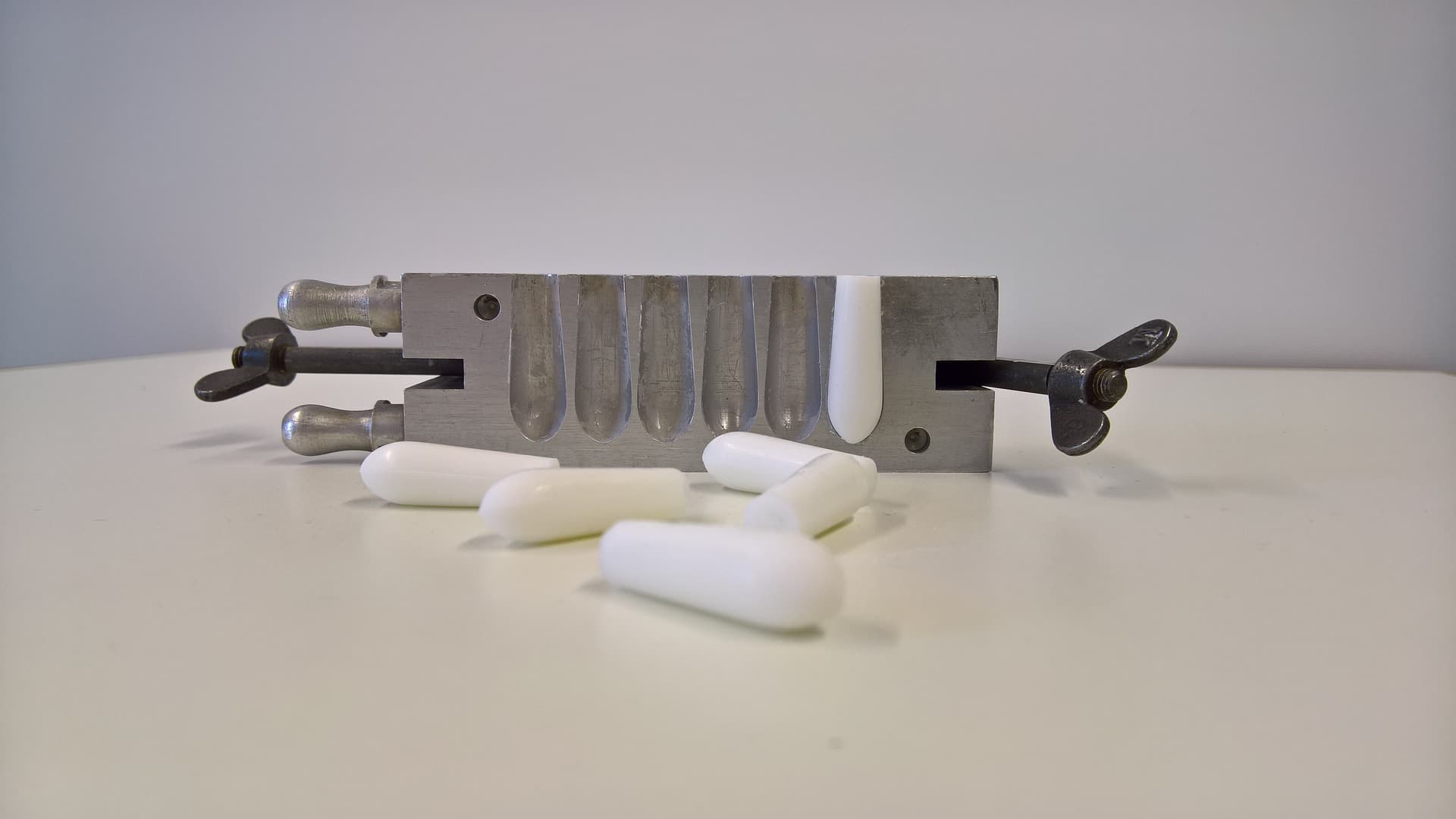 Suppositories are solid dosage form of medicament which is made for insertion into the body cavities. They may be Conical or ovoid medicated solids intended for insertion into several cavities of the body other than the mouth. This term was derived from the Latin word  suppositions, meaning ‘‘to place under.” They may be inserted in the rectum, vagina, and to a  lesser extent, the urethra for local or systemic effects. Rectal and urethral suppositories usually employ vehicles that melt or soften at body temperature, whereas vaginal suppositories, sometimes called pessaries, are also made as compressed tablets that disintegrate in the body fluids and exert localized or systemic effects.

5. Ear cones: Ear cones are used for insertion into the ear. They are also known as  Auraria. They are used rarely. For the preparation of ear cones generally, theobroma oil is used as a base. They are prepared in urethral bougies mold and cut according to size.