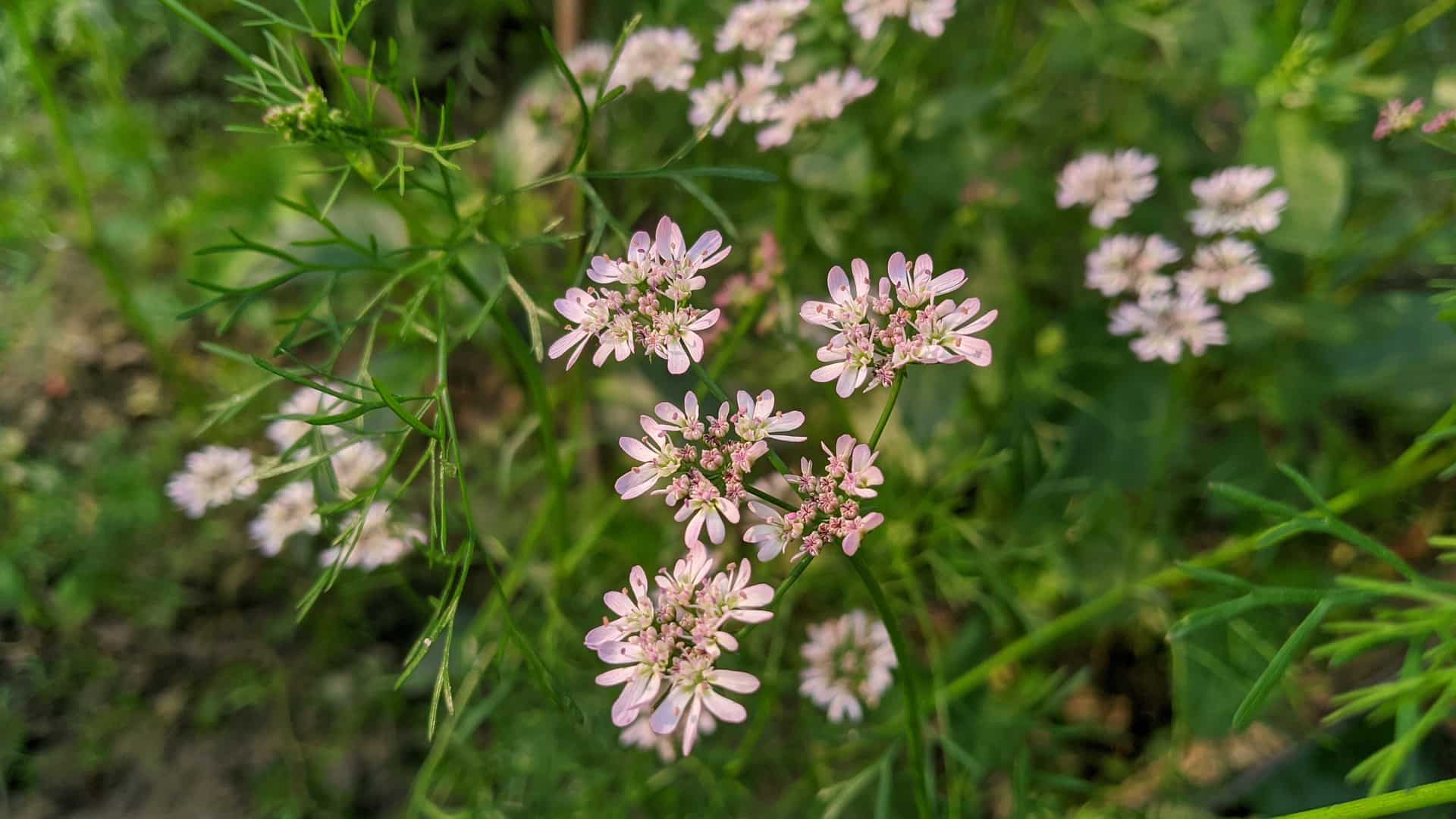 Habit: These are herbs (rarely shrubs). The stem is usually fistular.

Leaves: The leaves are alternate, simple, often much divided, sometimes decompound; petiole usually sheathing at the base.

Flowers: The flowers are regular (actinomorphic) or sometimes zygomorphic, epigynous, bisexual, or polygamous. The outer flowers are sometimes rayed; mostly protandrous. The bracts are in the form of an involucre.

Inflorescence: It is an umbel, usually compound or in a few cases simple as in Centella.

Calyx: There are five sepals. They are free, adnate to the ovary, often considerably reduced in size.

Corolla: The petals are five, rarely absent, free, adnate to the ovary, and sometimes unequal. The margin is often curved inwards, valvate or imbricate.

Androecium: There are five stamens, which are free, alternating with the petals, epigynous. The filaments are bent inwards in the bud; anthers introrse.

Gynoecium: The carpels are two, syncarpous. The ovary is inferior, two-celled, anteroposterior, crowned by a two-lobed, epigynous disc (stylopodium), with two freestyles arising from it. The stigmas capitate. There are two ovules, solitary in each cell and pendulous.

Fruit: The fruit is a cremocarp consisting of two indehiscent carpels laterally or dorsally compressed, breaking up into two parts, called mericarps, which are attached to a slender, often forked axis (carpophore). Each mericarp usually shows five longitudinal ridges and oil canals (vittae) in the furrows.

Seeds: There are two seeds, one in each mericarp; albuminous.