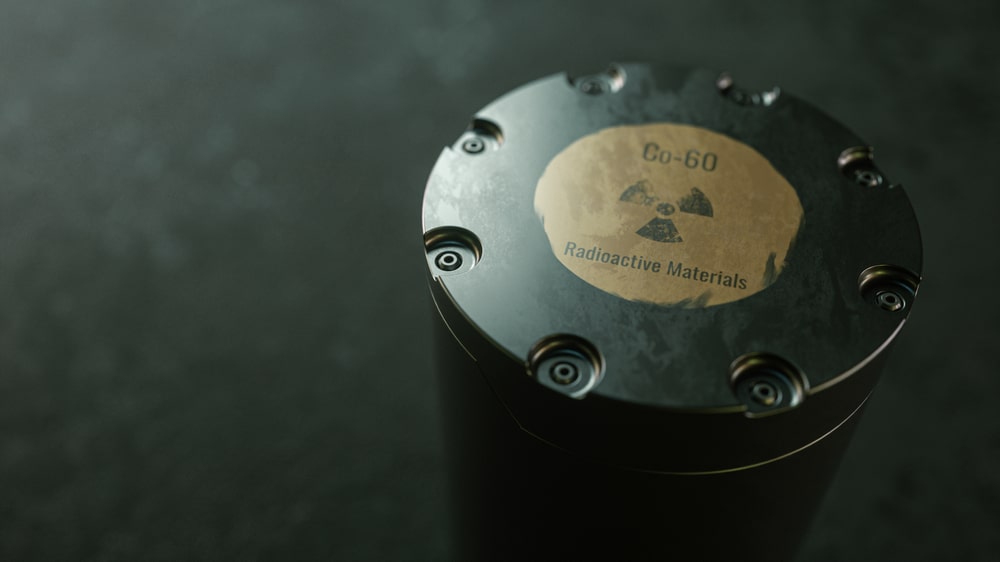 Utilization of Radioactive Isotopes in Biogenetic Investigation: The living material which is used in biochemical studies varies greatly. Some research can be done which uses the whole organism with minute disturbances like bacteria, molds, and fungi. These can be cultivated and studied biochemically but in animals, test material is added into feed, and blood and fecal material are analyzed. In the case of plants, the destruction of the plant is compulsory for analysis purposes. Few examples like minces, breis and homogenates are the preparations in which the cell wall and tissues are destroyed but intracellular particles remain intact. The components of these mixtures can be separated by centrifugation and biological activities of these fractions are examined. The penultimate stage (before the last stage) of the abiogenetic study is the enzymatic isolation involved in the pathway and in-vitro demonstration of their properties. So it is becoming very possible to locate and clone the gene which is responsible for the enzyme synthesis. The tracer techniques are used for the study of secondary metabolism.

Tracer techniques are widely used in all branches of science. It was originated at beginning of the last century. It was observed that elements exist with the same chemical properties but they have different atomic weights. These isotopes may be stable like 2H, 13C, 15N, 18O, or the nucleus may be unstable e.g. 1H, 14C and decays with the emission of radiation. If these isotopes are detected by a suitable method then they should be incorporated in starting material or precursors of phytoconstituents and used as markers in biogenetic pathways study.

Radioactive carbon and hydrogen are used mostly in biological investigations. Others like sulfur, phosphorus, alkali and alkaline earthy metals are also used but they should be used for specific purposes. These compounds enable compound metabolism in living organisms. In the study of proteins, alkaloids, and amino acids the labeled nitrogen atom gives more specific information in comparison to labeled carbon. The available nitrogen isotopes are stable and necessitate the utilization of mass spectrometers for their use as tracers.

The naturally occurring carbon isotopes are stable having mass numbers 12 and 13. The latter isotope is most abundant. Other radioactive isotopes of carbon having mass numbers 10, 11, and 14 have varied half-life (10C half-life is 8.8s, 11C half-life is 20 min and 14C half-life is about more than 5000 years). The 10C and 11C have usefulness in biological research. The use of organic compounds with prelabeled carbon atoms leads to the compound synthesis from inorganic carbon compounds which is produced in the pile by routes not previously commercially utilized. In this synthesis, the compound will be purer because strong radioactive impurity even in less proportion causes serious risk or damage to the experimental result.

Many compounds which are produced by natural sources like certain amino acids produced by the hydrolysis of proteins are prepared by developing Chlorella in a 14CO2 rich environment. All the carbon compounds of this organism are prelabelled.

The tritium 3H labeled compounds are available commercially. Its labeling is affected by the catalytic exchange in water or aqueous media or by irradiation of organic compounds by tritium gas and by hydrogenation of unsaturated compounds with tritium gas. Tritium is a pure beta emitter of less toxicity having a half-life of 12.43 years and radiation energy is less than 14C.

Detection and Assay of Radioactively Compounds:

Adequate methods are essential for the detection and estimation of labeled compounds. The liquid scintillation counter instrument is preferred for the soft and easily absorbed radiation from 3H and 14C labeled compounds. It mainly depends on the conversion of the kinetic energy of a particle into a fleeting pulse of light as a result of its penetration in a suitable luminescent material. Liquid scintillation media consists of solvent where excitation occurs and a fluorescent solute emits the light to actuate the photomultiplier. This has been devised for sample enabling incorporated into the same solute and attaining an optimum balance between sample and scintillator.

Today’s modern instruments are fully automatic. Nearly 100 samples can be run at a time and measurement of mixed radiations is also possible e.g. 3H and 14C both are beta emitters and possess different energies. The instrument containing all counters is connected to a rate meter which counts in a given time and records the readings. With 14C isotope, no decay correction is essential for normal biogenetic experiments because 14C has a long half-life. So the half-life is important in the carbon dating of old materials.

‘Curie’ is the unit for radioactivity. It is defined as ‘Quantity of any radioactive nuclide which has 3.7X1010 numbers of disintegrations per second.

Autoradiography is a technique used for locating the radioisotope in biological and other materials. In autoradiography, the sample or specimen is placed in contact with a suitable emulsion for example X-ray sensitive film, and after exposure, the emulsion media is developed in the normal manner. The resultant autoradiograph shows the distribution pattern of radioactive material in the sample or specimen. This method can be applied to the whole morphological part of a plant or its section. The resultant negative is observed under a microscope. The radioactive compounds can also be detected on a paper chromatogram or thin layer chromatogram. The different spots are determined by densitometer or by calibrated films.

In this, a prelabelled precursor is fed into the plant and after a definite period, the compound is isolated and purified. After purification, the radioactivity is determined. If a specific atom of the precursor is labeled, there may be chances of isolated metabolite degradation. Radioactivity of the isolated constituent is not sufficient proof that the particular compound fed is a direct precursor. The substances enter the metabolic pathway of the plant and are distributed throughout the whole plant and its products. For solving this problem of none providing the complete evidence of precursor double or triple labeling experiments are developed.

The multiple labeling simplifies the procedure for the determination of a particular label of the molecule. It provides tremendous information in comparison to the information provided by a single experiment. In multiple labeling processes, at least two or more than two positions are labeled at a time by using the same isotope or different isotope. If we take an example of ergot alkaloids it is seen that ergot alkaloids are formed by precursor amino acid tryptophan and mevalonic acid. The cis-trans isomerism takes place when chanoclavine-I is converted into agroclavine and elymoclavine. For much information, 4R and 4S were fed in parallel experiments and the percentage of labeled compounds in alkaloids is determined. It was observed from the results that 4S hydrogen of mevalonate was eliminated but 4R was retained.

Sometimes the administered precursor may not reach the required site of synthesis in the plant or at the time of experiment gives negative results. Sometimes the radioactivity of the labeled compound can be destroyed because of the contamination of the solution by microorganisms during infiltration. So for this problem, broad-spectrum antibacterial agents are used. The various methods uses for the administration of labeled substances into plants are as follows:

The root-feeding technique is used in those plants which synthesize the compounds in roots. It can also be implemented for those plants which can grow in hydroponic culture solutions. The infiltration is mainly for rigid stems. In this method, the stem wick is dipped into a labeled solution, or a flap cut in the stem is dipped in the solution for infiltration. The direct injection of labeled substance is possible in hollow stems and capsules of plants.

The sequential analysis method is utilized for the sequential analysis of related compounds which are labeled. This method uses in carbon elucidation in photosynthesis and for the determination of sequential formation of plant constituents. For example- an exposure period to 14CO2 for only 5 minutes has been used to obtain evidence of the biosynthetic sequence in the Mentha piperita plant.

The stable isotopes 2H, 13C, 15N, and 18O have low natural occurrence. They can be used in the same way as radioactive elements for labeled compounds which uses as possible intermediates in biogenetic pathways. Mass spectroscopy (15N and 18O) and nuclear magnetic resonance (NMR) spectroscopy (1H and 13C) are the usual detection methods.