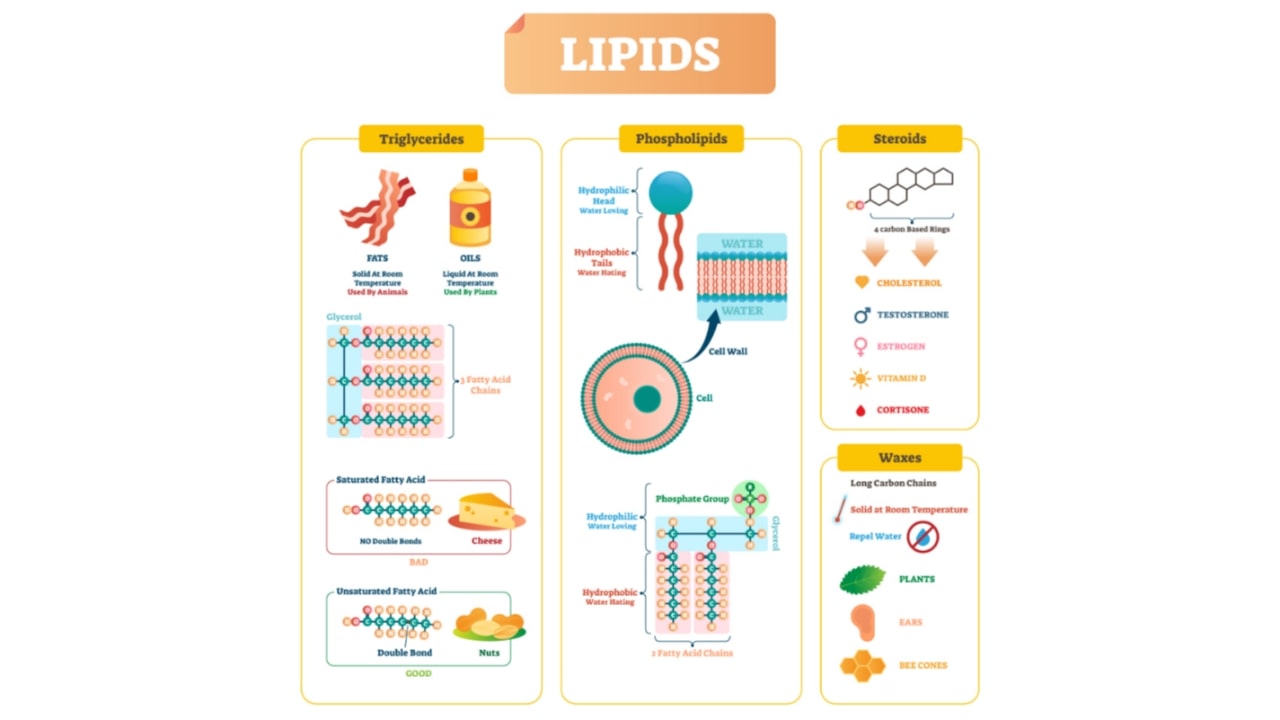 What is Lipids: Lipids are the structural and functional building blocks of the living cells and they are made up of hydrocarbons with the highly reduced form of carbon. Chemically they are a heterogeneous group of compounds related to fatty acids.

Lipids are a wide-ranging group of organic compounds found in all living organisms, including humans, plants, and other animals. It exists in tissues in many different physical forms. The simple lipids are often part of large aggregates in storage tissues, such as oil bodies or adipose tissue. Membranes are constituted with complex lipids and occur in a close association with such compounds as proteins and polysaccharides. In plants, the lipid is stored in the form of triglycerides. The most known of these is jojoba, which stores its seed lipid as a liquid wax. Storage lipid is accumulated in one or both of the main types of seed tissue and endosperm. In oilseeds such as sunflower, linseed, or rapeseed, the cotyledons of the embryo are the major sites of lipid accumulation. The endosperm of castor bean, coriander, or carrot, is the main site of lipid accumulation. In tobacco, both embryo and endosperm tissues store lipids. Phospholipids are another class of lipids that are found in animal and plant cell membranes.

They are broadly classified into three groups. They are listed in Fig.1.