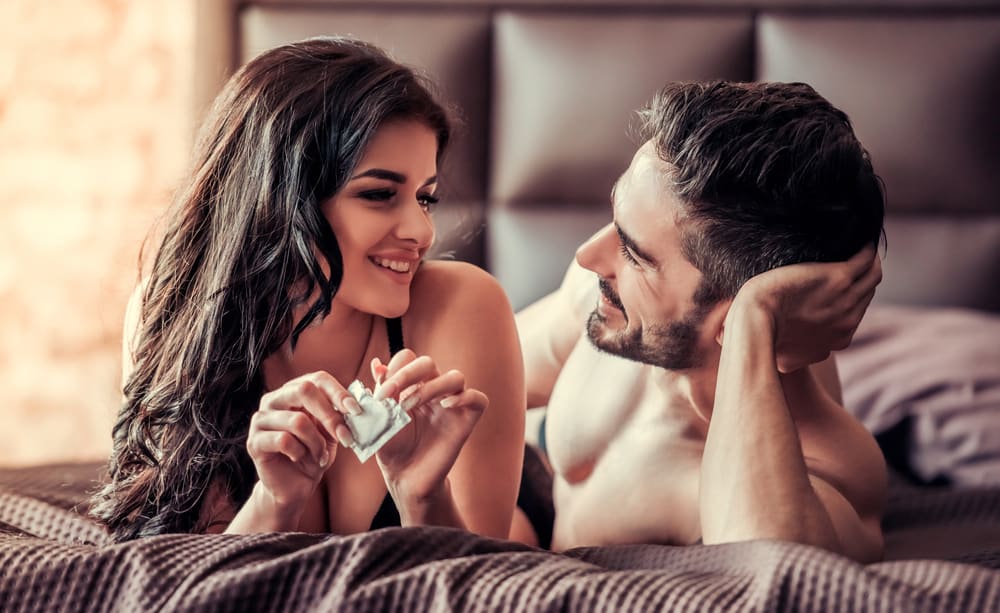 Theory: Family planning i.e. birth control is the process to prevent fertilization of ovum and sperm and thereby avoid pregnancy using various devices or medicines. Looking at long-term effects with minimum side effects, the use of devices is more common than the consumption of medicines.

The various family planning devices are as follows:

1. Barrier Devices: These devices are designed to prevent access of sperms to the female reproductive tract.

(a) Male Barrier Devices: The condom is the most widely used device by males. It is a non-porous elastic rubber sheath worn over the erected penis before the start of physical intercourse which physically blocks ejaculated sperm from entering the female reproductive tract. In addition, it gives protection against sexually transmitted diseases (STDs) like AIDS, syphilis, and gonorrhea. It is a very cheap and highly effective contraceptive device.

2. Intrauterine Devices (IUDs): IUDs are made up of either plastic or metal that are placed in the uterus. IUDs are of two types viz. non-hormonal copper IUDs and hormonal IUDs. Copper IUDs (E.g. Copper T) work by disrupting sperm motility and damaging sperms by their spermicidal action. The hormonal IUDs contain progesterone which acts by blocking the endometrial proliferation making it unsuitable for fertilization and preventing sperm penetration by increasing the viscosity of cervical mucus. IUDs have a major advantage of long-term use (6-10 years) with the flexibility to remove when desired.

3. Implants: These are small tubes that are placed under the skin of the upper arm. Hormones from these tubes prevent sperms from approaching the egg and inhibit the release of an egg.