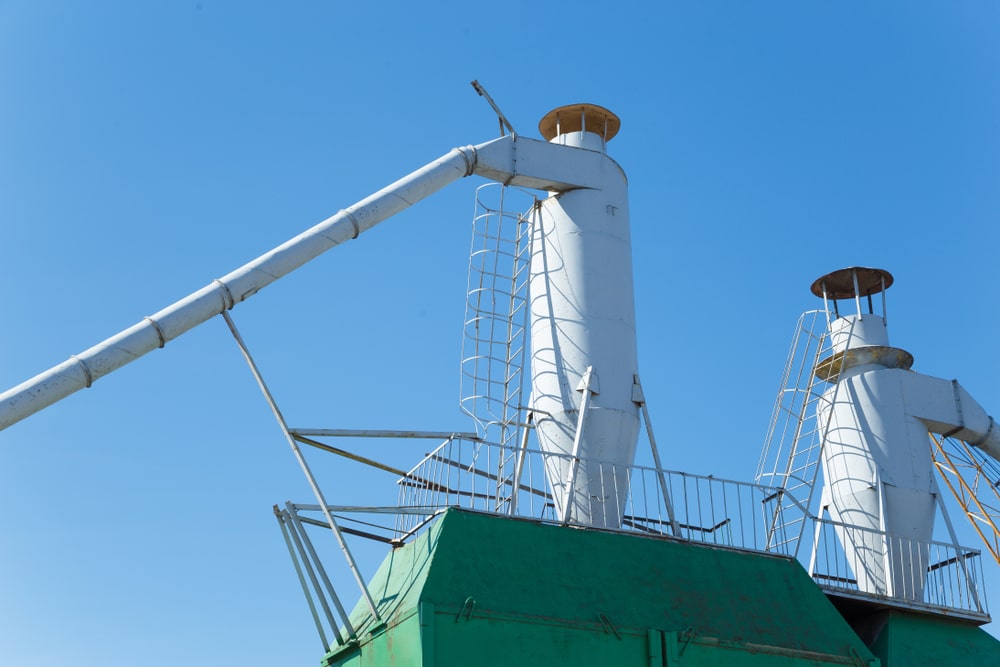 In a cyclone separator, centrifugal force is used to separate the solids from fluids. The separation process depends not only on the particle size but also on the density of particles. Depending on the fluid velocity, the cyclone separator can be used to separate all types of particles. It is also possible to allow fine particles to be carried by the fluid.

The construction of a cyclone separator is shown in Figure. It consists of a short vertical, cylindrical vessel with a conical base. The upper part of the vessel is fitted with a tangential inlet. The outlet (solid outlet) is arranged at the base. A fluid outlet is provided at the center of the top portion, which extends inwardly into the separator. Such an arrangement prevents the air from short-circuiting directly from the inlet to the outlet of the fluid.

The solids to be separated are suspended in a stream of gas (usually air). Such a feed is introduced tangentially at a very high velocity so that rotary movement takes place within the vessel. The centrifugal force and vortexing throw the solids to the walls. As the speed of air diminishes, the particles fall to the conical base and are discharged through the solid outlet. The fluid (air) can escape from the central outlet at the top.

Cyclone separators are also used for the size separation of solids suspended in a liquid such as water. Such separators are known as wet or liquid cyclones. One such apparatus used for this purpose is Dorrclone.