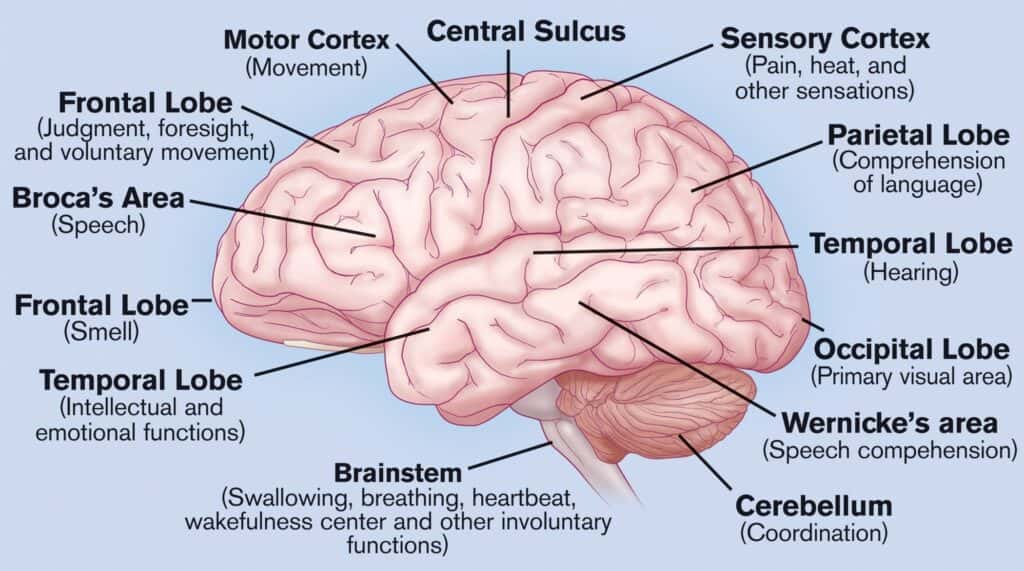 Functions of Each Part of Brain: The brain is that portion of the central nervous system which is contained in the cranium. About 100 billion neurons and 10-50 trillion neuroglia make up the brain, which has a mass of about 1300 g in adults.

Major Parts of the Brain

Functions of Each Part of Brain

The hypothalamus is a small but important part brain. It contains several small nuclei with a variety of functions. It plays an important role in the nervous system as well as in the endocrine system.

It is linked to another small and vital gland called the pituitary gland.

Hypothalamus location: The hypothalamus is de located below the thalamus and right above the brain stem. It forms the anterior part of the diencephalon.

The 4 Lobes of the cerebrum