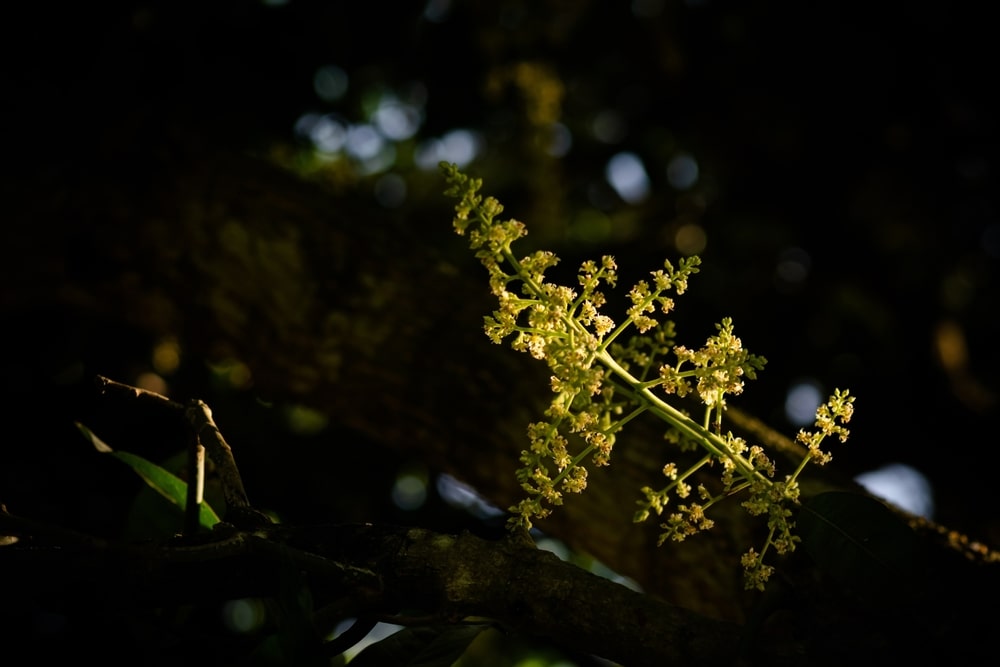 Morphology of Inflorescence: Plant bear flowers either solitary or in groups. The flowers which are large and showy are normally borne solitary, but which are not so prominent and are small, occur in groups or bunches.

(A) Racemose or indefinite inflorescence:

1. Raceme: In this type of inflorescence the peduncle is long. Flowers are stalked and born in acropetal succession and the peduncle has indefinite growth and goes on producing flowers as in mustard, radish, dwarf gold mohor, etc. When the main axis is branched and the lateral branches bear the flowers, it is said to be a Compound raceme or panicle or branched raceme as in gul mohor, peltophorum, yuchr, etc.

2. Spike: This is similar to raceme, with sessile flowers as in Rangoon creeper, vasaka. A branched spike of Polyanthus and Terminalia species is known.

3. Spadix: In this inflorescence, the peduncle is short with numerous small unisexual flowers, which are sessile and covered with boat-shaped bract known as Spathe, i.e. banana, arum, palms, and coconut are the example of the compound spadix.

4. Catkin: A spike with unisexual sessile flowers on a long peduncle as in mulberry and oak.

5. Umbel: Axis is shortened and bears flowers at its top which are having equal stalks and are arranged in centripetal succession. A whorl of bracts is present at the base of inflorescence as in coriander, caraway, cumin, fennel, etc

6. Spikelet: It is present in the family Graminae characterized by small and branched spikes. Spikelets are provided with two bracts at the base known as glumes, and bracteole called palea.

7. Corymb: Peduncle is short, flowers bracteate, the bisexual oldest flower is lowermost and youngest at the apex. Lowermost has the longest stack and youngest has shortest, lying at the same level.

8. Capitulum or Head: In this type flattened and expanded peduncle is present, called a receptacle. The base of the receptacle is covered with bracts. The flowers are small and sessile (florets). Flowers towards the periphery are older, while at the center, they are younger and open later. Two types of flowers are present, i.e. ray florets (strap-shaped) and disc florets (tubular-shaped), e.g. zinnia, cosmos, sunflower.

9. Capitate: Inflorescence similar to umbel type, except the flowers are sessile, i.e. acacia.

In this type, the growth of the main axis or peduncle is stopped by producing the flower. The order of opening is centrifugal. Its types are as under:

1. Solitary cyme: In this type, the inflorescence ends in a single flower as in datura, capsicum, China rose, etc.

3. Biparous or Dichasial cyme: This type of inflorescence is characterized by the end of the main axis in a flower, which is followed by two lateral branches ending in flowers again. This is a true cyme as in the case of ixora, teak, jasmine, etc.

4. Multiparous or Polychasial: The main axis ends in a flower and numbers of flowers are produced laterally in the same manner, i.e. in Nerium, Calotropis, etc.

5. Special type: In this type hypanthodium (like peepal and fig), verticillasters (sacred basil, mentha, coleus blumi) cymose-umbel (onion) are included. Each of them has its special characters not covered in any type described above.