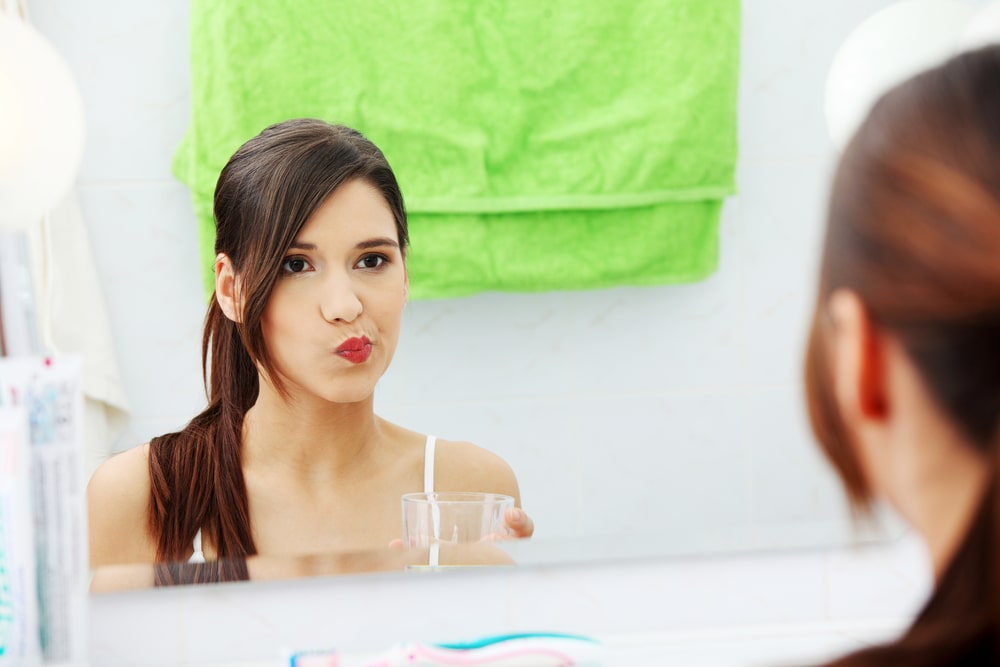 Mouthwashes: Many mouthwashes contain significant quantities of alcohol and this may have several possible disadvantages. Firstly, they mustn’t be accidentally swallowed particularly by young children. In this regard, alcohol toxicity from this source has been reported.

The main uses of anti-plaque mouthwashes are as follows:

To replace mechanical tooth brushing when this is not possible in the following  situations:

However, these patients may also not be able to use mouthwash so that swabbing the gingival margins by a care worker may be the only option. This may not necessarily be easier for the care worker to carry out than brushing. The long-term use of effective agents has the major disadvantage of causing tooth staining.

Anti-plaque mouthwashes have no place in the treatment of existing periodontal disease,  either gingivitis or periodontitis since they cannot either reach the subgingival environment or penetrate thick layers of established plaque. In these situations they should only be used after supra- and subgingival scaling has been carried out, rendering the tooth surfaces clean, to maintain this situation for a short period when the soreness of the gingiva may prevent effective mechanical plaque control.