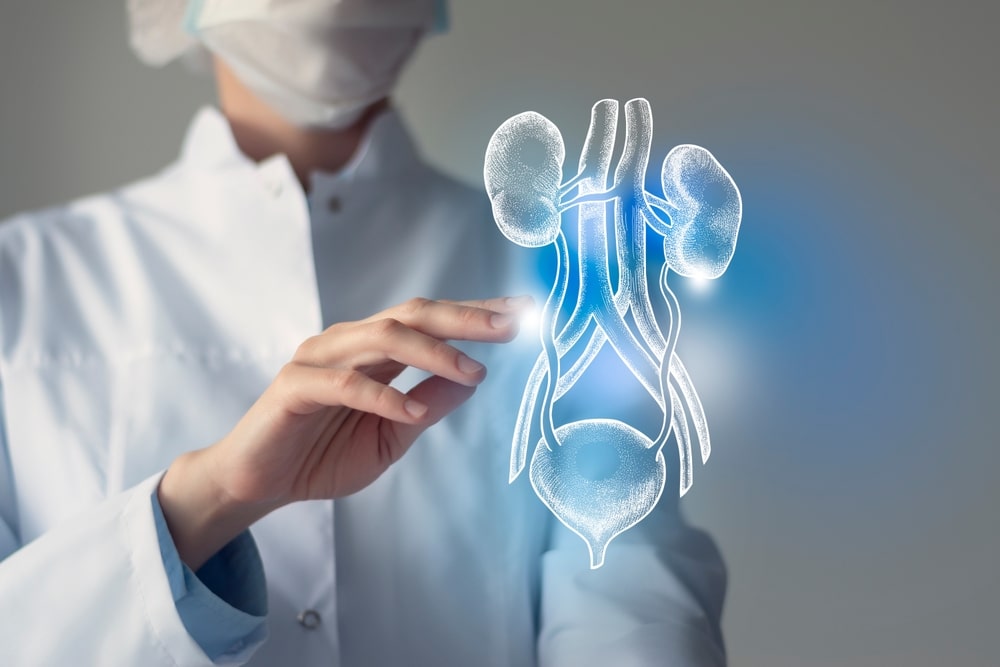 In urinary tract infections, many drugs are used to kill or inhibit the growth of pathogenic organisms in the urinary tract. These agents are retained in the renal tubules.  They are effective antiseptics due to their localized actions in the urinary bladder, ureters, and kidneys. The list of urinary antiseptics includes mandelic acid, methenamine mandelate,  nitrofurantoin, nalidixic acid, and hexylresorcinol.

Introduced in 1962, Nalidixic acid was found to be highly active against gram-negative organisms. But the activity against gram-positive bacteria is almost nil. On metabolism, it gets converted into a more active 7-hydroxy methyl metabolite. Further metabolism leads to the formation of inactive glucuronide and 7-carboxylic acid metabolites.

Many drugs are used to control urinary tract infections mainly because of their ability to develop enough concentration in the urinary bladder which is adequate to inhibit the growth of infective organisms. Examples include nitrofurantoin, nalidixic acid, oxolinic acid, resoxacin,  norfloxacin, cinoxacin, and methenamine. Several other 4-quinolones, such as ciprofloxacin,  amifloxacin, enoxacin, etc. are under clinical investigations.

It is an orally active nitrofuran antibacterial agent effective against various strains of  E. coli, Klebsiella, Proteus species, and S. faecalis. Chemically, it is N-(5-nitro-2-furfurylidine)-1  -aminohydantoin.

The antibacterial activity is due to the presence of the 5-nitro group which helps to generate the superoxide and other toxic oxygen compounds by undergoing conversion to nitro anion.  The latter undergoes interaction with molecular oxygen leading to the formation of superoxide and the original nitro group. The former interferes with the carbohydrate metabolism in bacteria. It does not affect the functioning of the human cell because of its low serum concentration and rapid rate of drug metabolism in the liver. Antibacterial activity can be potentiated in the acid pH range. Alkalinization of urine enhances the rate of excretion in urine and also lowers its antibacterial efficacy. It is bacteriostatic in low concentrations while exerting a bactericidal effect at higher concentrations.

It exhibits antibacterial activity against most of the organisms causing lower urinary tract infections. It may also be used to prevent recurrences of these infections and it may also be used to prevent bacteriuria after prostatectomy. Resistance in bacteria may develop during the treatment. This may be because of the formation of nitroso and hydroxy amine metabolites which act as mutagens. It is contraindicated in children below one month of age and patients with pregnancy or renal dysfunction.

It is an orally active antibacterial agent belonging to the 4-quinolone series. Its introduction in 1962 was followed by the development of other agents from this class. These include cinoxacin, oxolinic acid, resoxacin, norfloxacin, ciprofloxacin, and amifloxacin. All these are found to be effective against most gram-negative bacteria, staphylococci, and  P. aeruginosa.

Nalidixic acid is effective against E. coli, P. mirabilis, Klebsiella, Enterobacter, Coliform bacteria, and some Shigellae. Hence, it is used as a bactericidal agent in the treatment of urinary tract infections caused by all the above gram-negative bacteria. It acts by inhibiting  DNA – gyrase enzyme that is responsible for the unwinding of supercoiled bacterial DNA before its replication and transcription. Bacteria, however, can readily develop resistance to its action.

About 93–97% of the administered dose is bound to the plasma proteins. It has a plasma half-life of 8 hours. Active hydroxynalidixic acid metabolite is excreted as a conjugated form in the urine along with a 2–3% dose in unchanged form. About 4–5% dose also appears unchanged in the feces.

It is also useful in the treatment of mild to moderate forms of gastroenteritis.

Cinoxacin is an orally active antibacterial agent having structural similarity with nalidixic acid. About 63% of the administered dose is bound to plasma proteins. It has a plasma half-life of 1.5 hours. About 60% dose appears in urine in unchanged form along with 30–40%  dose as inactive metabolites.

Oxolinic acid is yet another 4-quinolone having potent antibacterial activity. It is extensively metabolized in the liver. Inactive metabolites in the form of glucuronides appear in the urine along with a 5% dose in unchanged form. Adverse effects and therapeutic uses are similar to those of nalidixic acid.

It is an orally active urinary tract antiseptic agent used in the form of either mandelate or hippurate. If administered in the form of a normal tablet, a considerable amount (about  10–30%) of methenamine decomposes in the stomach due to acidic pH. Hence, it is to be supplied in the form of an enteric-coated tablet. In circulation, it remains unmetabolized. In acidic urine of pH = 5.5 or lower, it spontaneously decomposes to ammonia and formaldehyde. The latter agent (alkylating agent) denatures bacterial protein and acts as a  non-specific antibacterial agent effective against both gram-positive and gram-negative bacteria. Acidic urine is a must for the liberation of formaldehyde. However, some bacteria  (e.g., Proteus species) prevent normal urinary acidification by releasing ammonia from urea.  Hence, methenamine is usually administered as a salt of mandelic, hippuric, or ascorbic acid to impart acidic pH to the urine. Besides this function, all these acids also exert antibacterial properties.